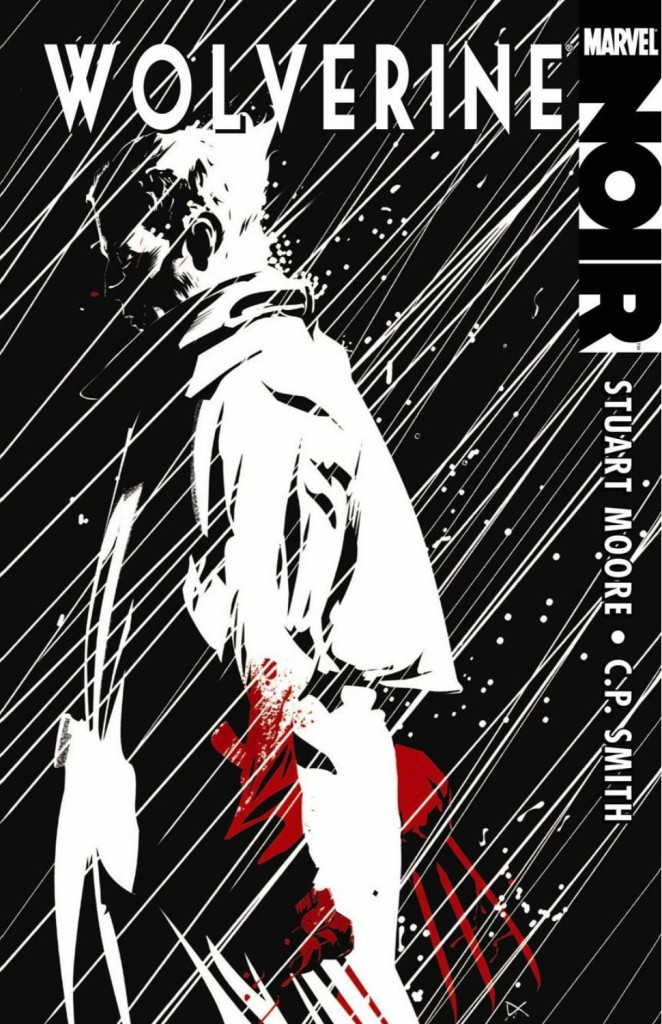 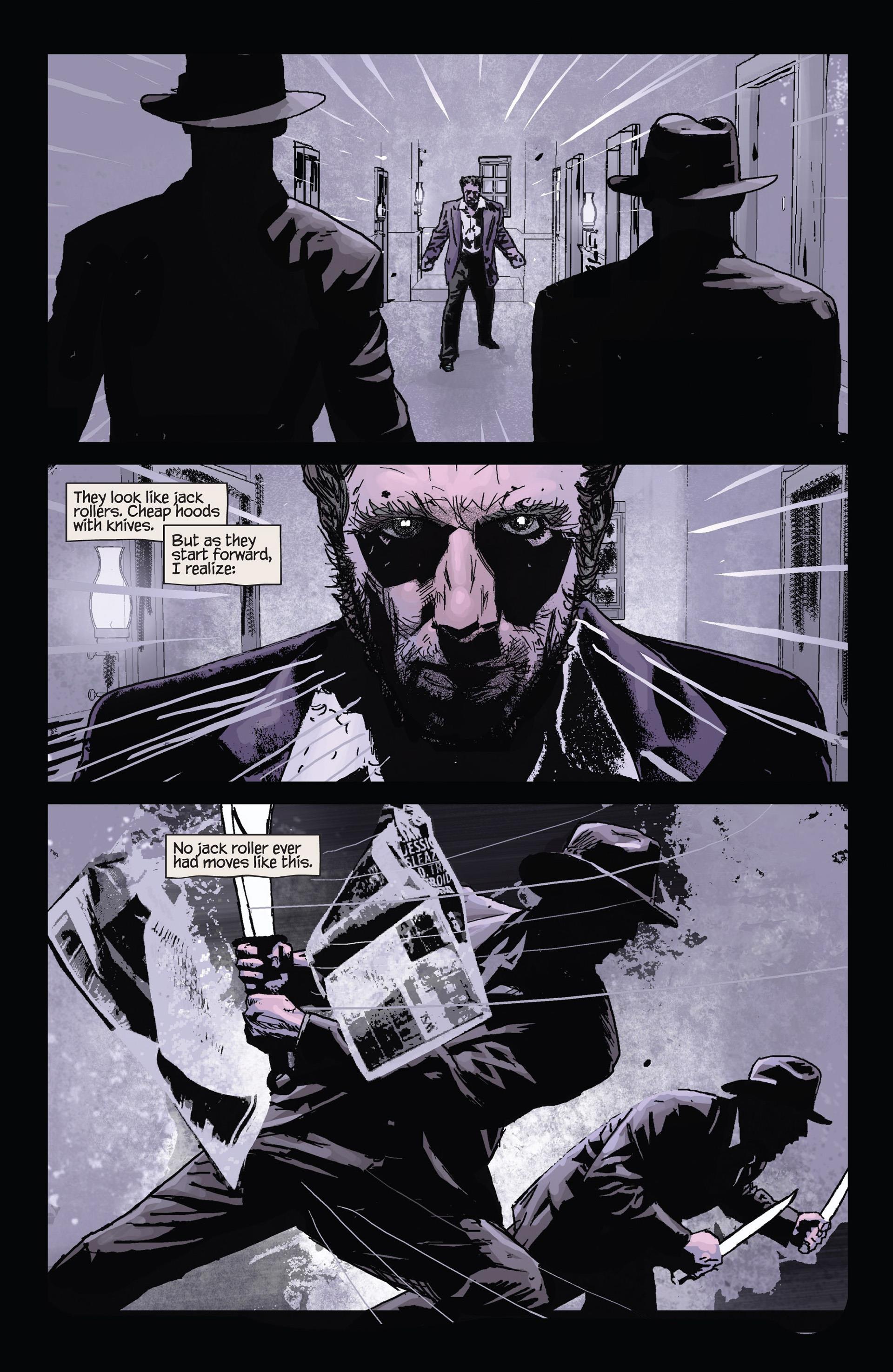 Anyone who’s read the X-Men Noir graphic novels and expects this to be the further adventures of the drunken captain of his own small boat is going to be disappointed. This Logan is a downbeat and disenchanted private detective occupying shoddy premises in New York’s Bowery district, into which walks the glamorous Mariko Yashida. She’s in New York on business and wants to know why she’s being followed. Logan, who’s learned a lot about fighting from the well-travelled gardener of the block in which he was raised, lets his assistant take on the leg work.

Despite being titled Wolverine, aside from some musings about man’s inner animal, this is firmly about Logan the man, even if he does use a hand held clawed weapon. Stuart Moore’s inner narrative is somewhat more introspective than usually applied to the character, in the early stages emphasising the teachings of his minister father, and he plays on the relationships twisted for Origin. His focus is otherwise on Logan the ninja, concentrating on themes of loyalty, redemption and honour, both as applied by Japanese society and on a more personal level. These are merged well with the tropes of noir fiction. This Logan is capable, but in rigid crime fiction fashion he’s resolutely out of his depth, and Moore intersperses his back story between the pages of the ongoing investigation. He’s teased cleverly with this from the start, presenting Logan’s detective agency partner Dog as a stuttering, brain-impaired man to whom Logan is chained, yet the relationship of their youth is very different.

There’s a photographic quality to the art of C.P. Smith, with some of his panel progressions resembling a moving sequence caught in the micro-flashes of a camera’s exposure. The darkness added by Rain Berado’s colours reflects the inner darkness mentioned throughout.

Moore’s interpretation of Victor Creed, elsewhere Wolverine’s darker unfettered reflection Sabretooth, is very good indeed. Here recast as a gym owner who keeps his own hand in, he’s a villain with depth and charisma. Any seasoned crime reader will see the end coming after the third chapter’s revelations, but it’s emotionally resonant and suitably downbeat. We now have Wolverine the tragic hero, and it’s been a worthwhile journey.