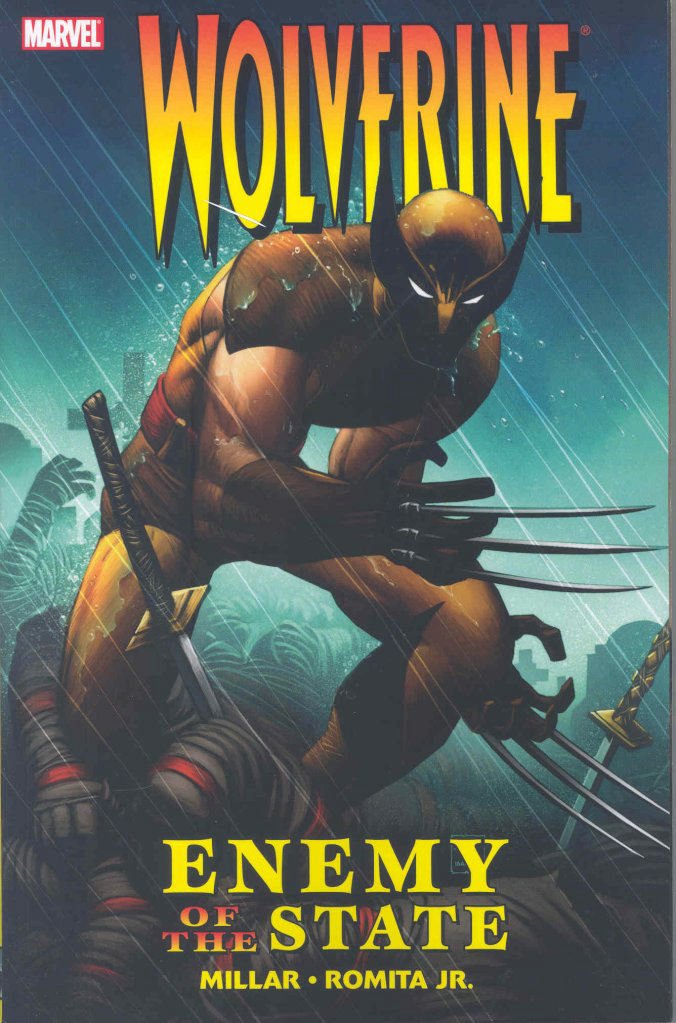 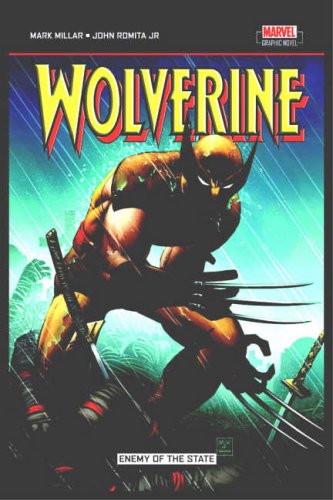 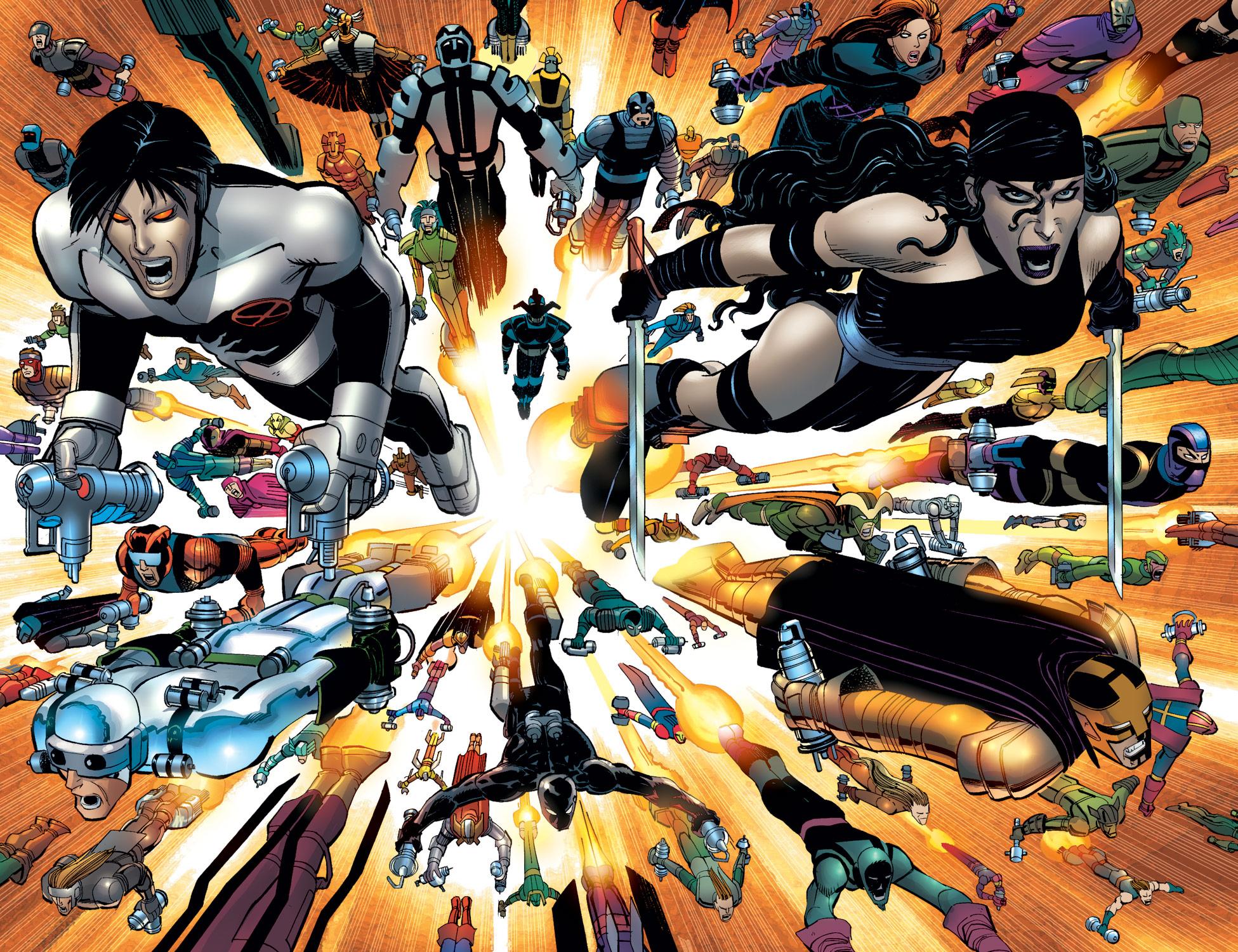 In the years before Enemy of the State there’d been a complacency about those handling Wolverine. All too many writers had latched onto a single aspect of his character, the bezerker or the ninja fighter, and delivered a good decade of one-dimensional material. The more thoughtful Greg Rucka initiated a rehabilitation, but what Mark Millar added was his cinematic sensibility. He fuses the facets of Wolverine’s character, then skims him across the surface of an action-oriented plot against impossible odds that’s almost faultlessly presented. This was initially over two volumes, the first confusingly also titled Enemy of the State, and the second Wolverine Agent of S.H.I.E.L.D.

Events begin in Japan, where Wolverine has been asked to locate an abducted child. He becomes a missing person, before resurfacing attacking former friends and allies. This is the result of capture and subsequent brain tinkering on the part of terrorist organisation Hydra, who have an agenda under their terrifying new leader, the Gorgon.

Millar’s facility with dialogue crackles, not just for Wolverine, who’s supplied with a full array of one liners spat between gritted teeth, but also the supporting cast. Dr Weinberg, a sardonic S.H.I.E.L.D. medical official plays a cameo role, but delivers some greats: “Revenge never makes you happy Wolverine. Ever see Clint Eastwood crack a smile?”

Already a veteran with a career stretching back 25 years, this was Romita Jr embracing the blocky and gritty style that he introduced on Black Panther the previous year. He’d refine it further with his acclaimed stint on Spider-Man, where it adapted well to a greater subtlety. Every chapter here contains a stunning double page spread and plenty more to excite besides, and the layouts maximise the thrills and keep those pages turning.

On every occasion Miller and Romita Jr deliver a breathtaking set piece the expectation would be that they can’t top it, yet they defy expectation. In fact they seize it, crush it, and grind it to smithereens in creating their spectacle. Wolverine facing hundreds of ninjas has been seen before, but not like this, and all new scenarios include Wolverine fighting the Fantastic Four and Wolverine against a shark. What superhero fan wouldn’t want to see that, particularly as drawn by Romita Jr? And on that matter, hasn’t he earned the right to drop the family diminutive? Isn’t it time we began referring to his father as John Romita Snr to differentiate them?

This is a classic three act arc of fall, rise and revenge, so Wolverine’s faculties return, and it’s only right at the final hurdle that there’s a minor wobble, with a conclusion too extended and a disappointing pay-off. Considering what preceded this, though, it’s not a fatal flaw, and a decade on Enemy of the State remains one of the finest Wolverine stories ever produced.

Wolverine by Mark Millar Omnibus represents the entire story along with the later Old Man Logan by Millar and Steve McNiven, and a shorter piece of Wolverine in a World War II concentration camp. That’s also included here, and is Miller completely switching the mood for a gruesome treat exceptionally illustrated by Kaare Andrews.