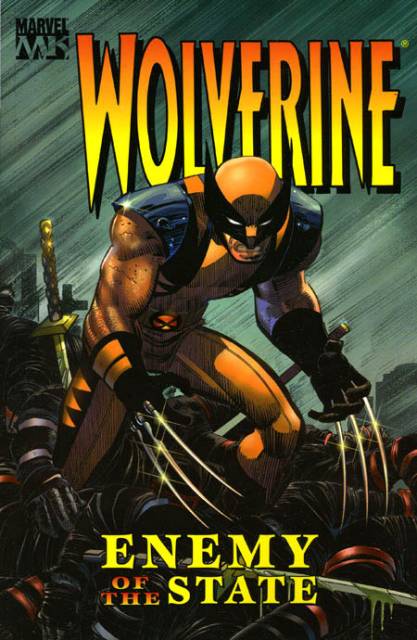 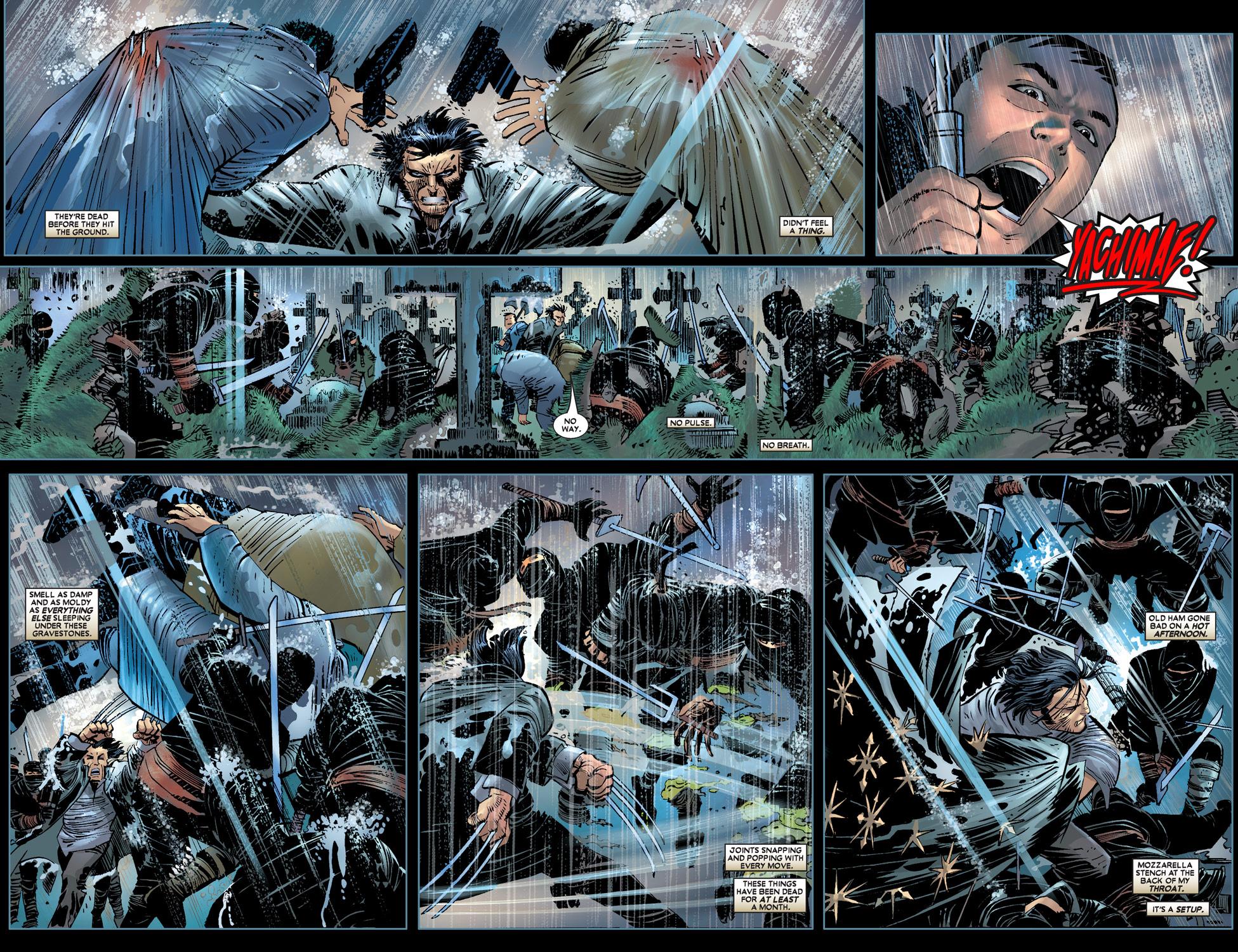 Enemy of the State is the project on which Mark Millar finally fused his instinctive commercial writing with a ramped-up cinematic action movie outlook. There had been hints previously, but this is where he turned the corner never to look back. It’s one long headrush.

Millar plays his story out cleverly. Wolverine arrives in Japan as a favour to a man whose young son has been kidnapped, mistaken for the son of a wealthy man, and as intriguing as this plot is, it’s merely the appetiser. The main course concerns Wolverine being captured and once again enduring tinkering with his brain, and the title becomes apparent when he starts setting about S.H.I.E.L.D. agents on home territory. What follows is the graphic novel equivalent of the roller-coaster: up, down, round and about with the accelerator permanently to the floor.

Artist John Romita Jr’s an equal partner here, delivering the perpetual action in such a varied manner that you never stop to question how little plot there is over half a dozen chapters. Time after time he supplies fantastic full page pin-ups or astonishing spreads with Wolverine scything from left to right going about his business.

When it’s discovered Wolverine’s gone rogue, and his new purpose, his superhero allies are all on standby, awaiting an attack, and the majority of the character-based sequences involve Millar cranking up the tension by spotlighting their preparations. We have Wolverine vs Elektra, Elektra vs ninjas, Wolverine vs the Fantastic Four, Wolverine vs Daredevil, Wolverine vs the X-Men, Wolverine vs a shark.

For the most part this is Wolverine in full beserker mode, doing what he does best: “You think I’m playing by the rule book here? You think I’m Superman or something?” Come on, if the thought of Romita Jr’s version of Wolverine fighting a shark fails to set your pulse into overdrive, then superhero comics are no longer for you.

There’s a definitive pause to end this hardback only volume before the story picks up again in Wolverine, Agent of S.H.I.E.L.D. That was then, though, and both books are now collected in a larger volume titled Enemy of the State. Alternatively, there’s the Wolverine by Mark Millar Omnibus, a weighty and expensive hardback that combines the entire Enemy of the State saga with the later Old Man Logan.