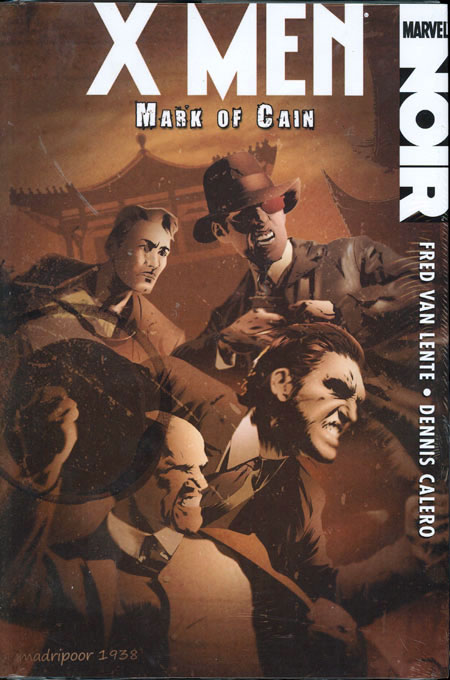 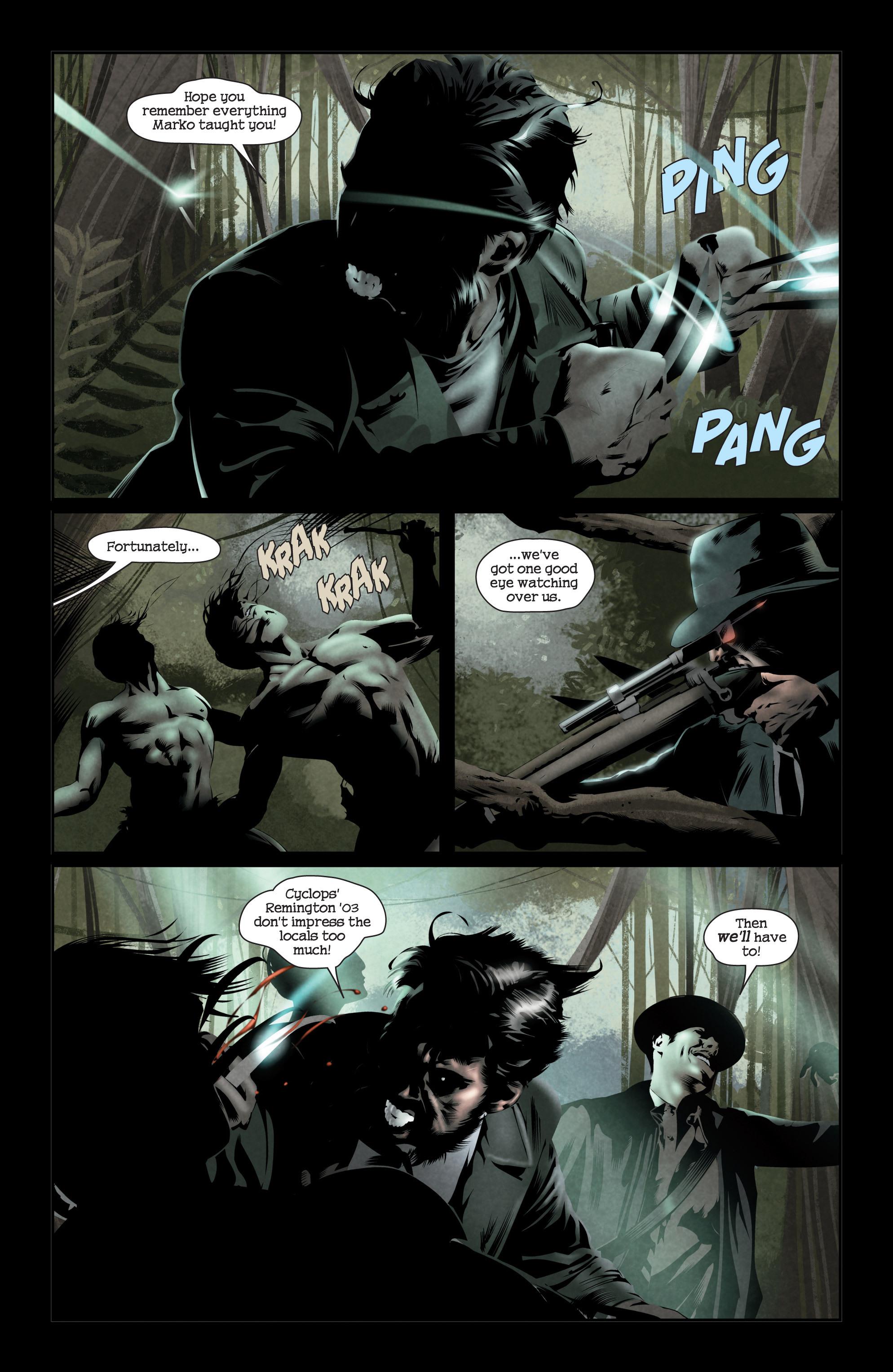 Marvel Noir: X-Men was intended as a one-shot, and as such Fred Van Lente had carte blanche to reinterpret the X-Men as accused criminals in a corrupt New York of the 1930s. He and artist Dennis Calero did so very successfully, but it might be assumed they created a rod for their own back when it came to this sequel, the problem being that assorted first rank X-Men didn’t survive that first outing.

A partial attraction of the X-Men, though, is that there are so many of them, and with the exception of one Logan, the first volume restricted its attentions to those who numbered among the earliest X-Men. So, we’re still dealing with a lot of familiar names, but none of them attached to super powers. We’re also dealing with a very well known scenario transposed to the 1930s as US senators debate the inhuman conditions at a US prison in Genosha Bay.

Several months have elapsed since the finale of the previous book. Professor Xavier has been released from jail swearing vengeance on the killers of his childhood friend, while those continuing from the first book have united to steal the crimson gem of Cyttorak in Madripoor for one Cain Marko. An Emma Frost is in charge of the Genosha prison, and Xavier has gathered some new allies, Van Lente’s versions of the 1970s X-Men.

Van Lente once again transfers the X-Men’s cast and, importantly, their connections, to the 1930s, but gives most a personality makeover. Those objecting to the only superhero in this world not being an X-Man aren’t going to be any happier, while Calero applies the same dingy look he gave New York to Madripoor and Genosha.

The Mark of Cain, although a clever title, doesn’t have the same impact as the first X-Men Noir, despite following up on some dangling plot threads, possessing a tighter overall focus and adding a touch of The Maltese Falcon. Van Lente over-emphasises that we don’t really know this cast despite knowing their names, and while it ties into the psychological aspects of the previous book, the schizophrenia plot is unconvincing. He’s also just that bit too clever in throwing in too many anachronistic references. It does provide Calero with the opportunity to scale back the S.H.I.E.L.D. Helicarrier to the 1930s, though. While the mood’s gloomy Calero’s art works, but in bright light when full figures are the order of the day there are static poses and suspect anatomy.

This is collected along with its predecessor and the Noir escapades of a different Wolverine in Marvel Noir: Wolverine and the X-Men.