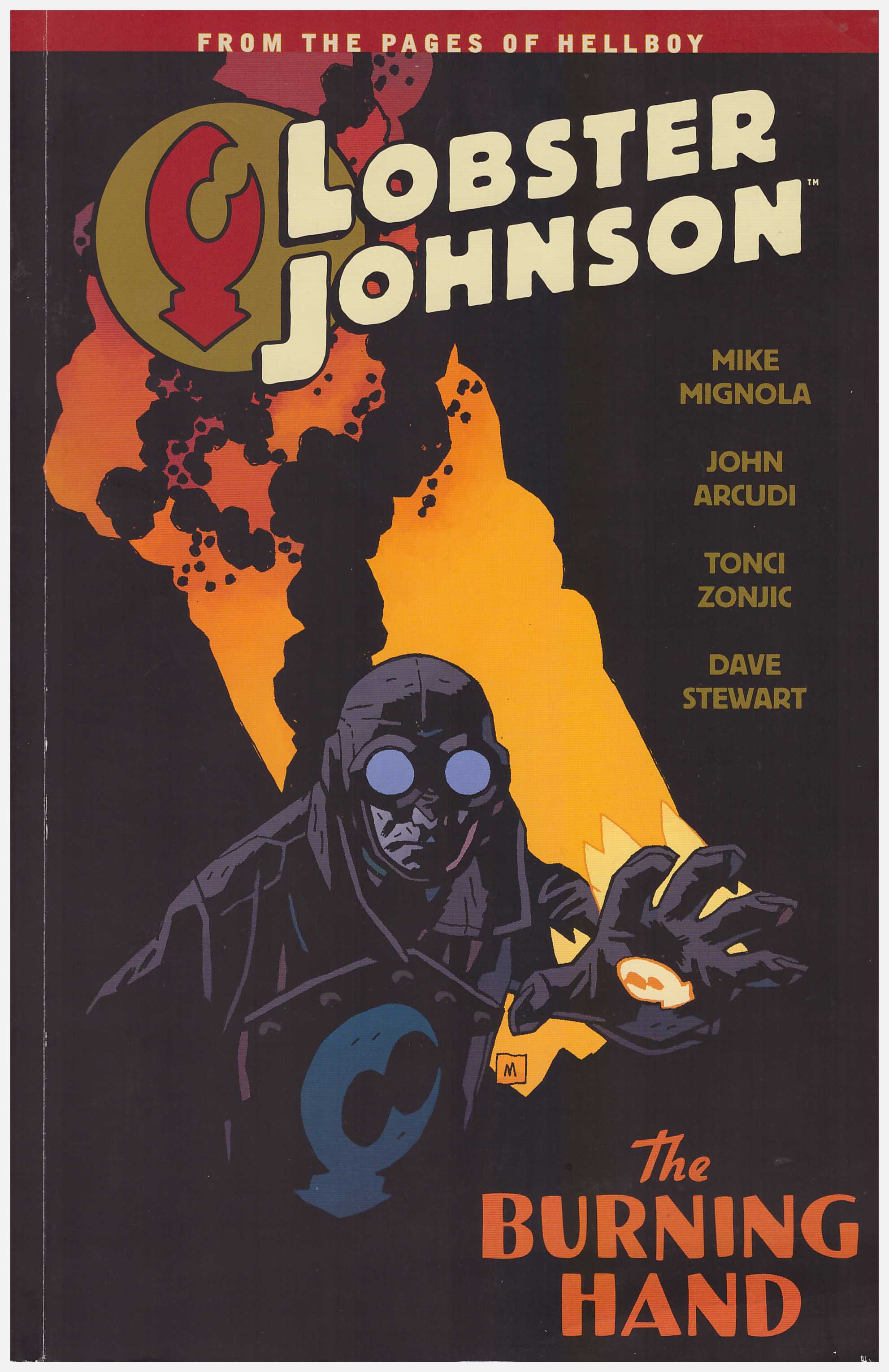 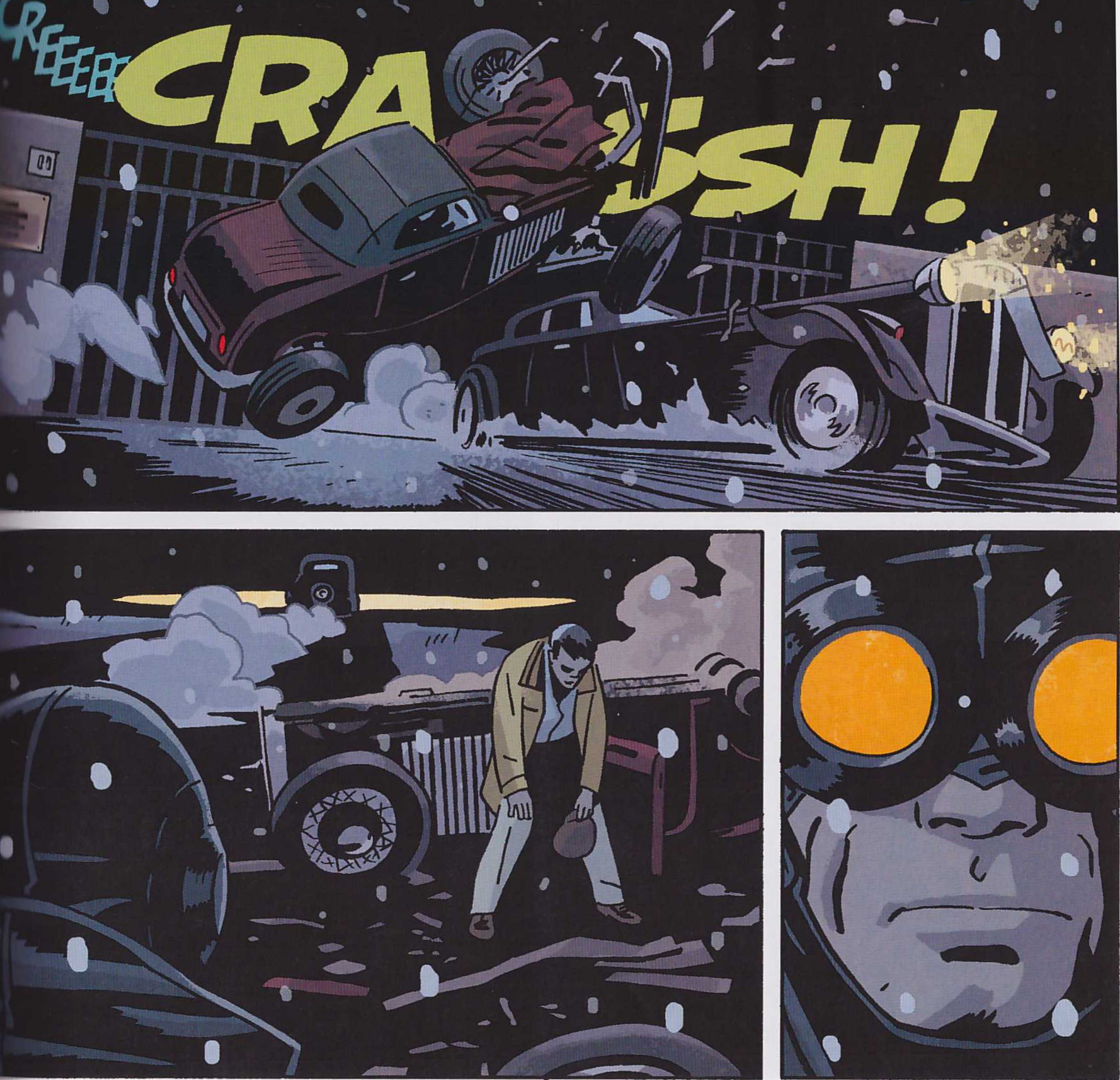 The Iron Prometheus mixed the pulp brutality of 1930s adventurer Lobster Johnson and his surroundings with mystical elements. The latter are diminished in The Burning Hand, which could refer to either the device with which Lobster brands wrongdoers, or the villain of the piece, who’ll be familiar to B.P.R.D. readers.

The story begins with scalpings and native Americans rampaging through the night streets of New York in 1937. There’s a plucky journalist in danger, a gang war, a rare gangster who’s escaped Lobster’s usually final form of justice and two imported threats whose abilities are beyond what’s known to most men of the time.

Having written the previous adventure solo, Mike Mignola has his B.P.R.D. collaborator John Arcudi along this time, and it’s a simpler plot with fewer elements. That’s not to say it’s any less exciting. The writers pitch Lobster against a foe who appears resistant to the brutality with which Lobster routinely solves his problems.

Artist Tonči Zonjić draws inspiration for his cast from the films of the era in which Lobster operates, with Louise Brooks and Peter Lorre both prominent. And for someone resident in Croatia he’s astoundingly convincing at delivering the New York of the 1930s. The sketch and annotations section in the back reveals just how dedicated he is to his research and planning. A significant scene occurs in a warehouse. In the story it’s only ever shown piecemeal as the action occurs, but in order to convey it accurately Zonjić constructed a complete sketch of the environment and worked out all necessary angles from that. He notes himself a huge fan of classic American newspaper cartoonists Roy Crane and Noel Sickles, and this is evident in his cinematic layouts and graphic sensibilities. He’s a tremendous artist, clear and stylish.

This is another taut crime thriller steeped in the seedy atmosphere of New York’s less desirable areas, and well worth the time of anyone who likes their crime material. The next volume is the wonderfully titled Satan Smells a Rat.