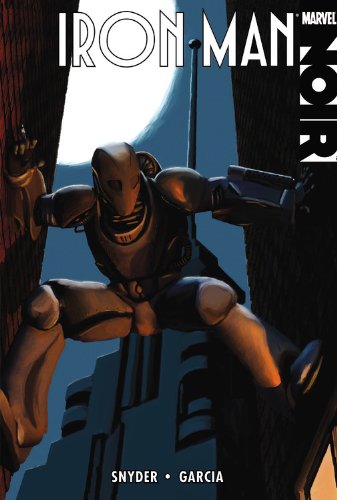 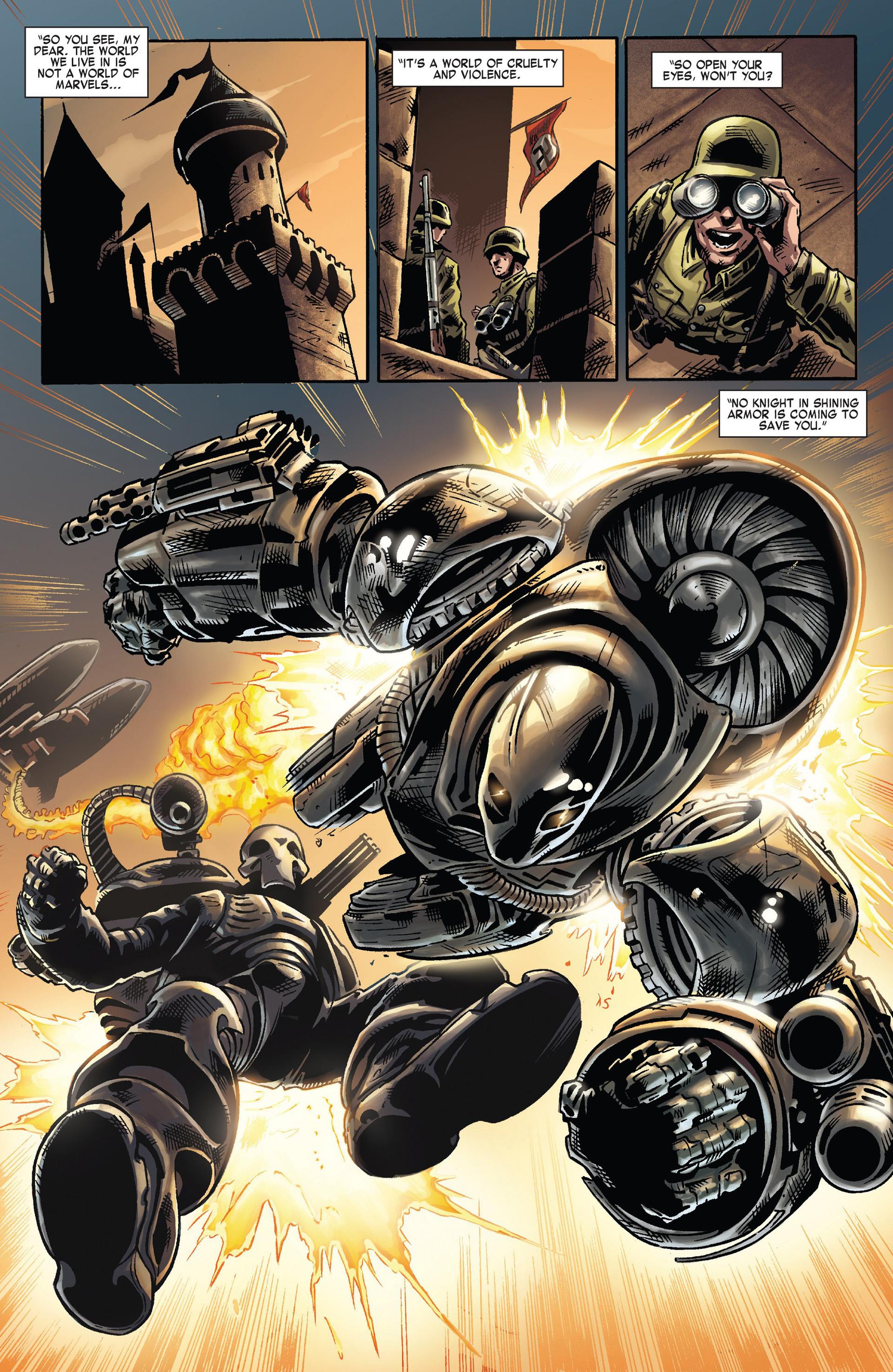 Given the technology-based hero Iron Man is, he’s not an obvious fit for a reworking of his origins to the fit the formula of crime noir. Fortunately, Marvel had a then not very well known Scott Snyder formulating the revision. He sets this Tony Stark squarely in the 1930s, but instead allies him to the pulp fiction of the era. An opening trip to the jungles of Honduras sees Stark accompanied by his own amanuensis, chronicling the adventure for Marvels: A Men’s Magazine of Adventure.

Stark isn’t what he appears to be for all his derring-do. He has a heart condition, and maintaining it in the 1930s is considerably more difficult and gruesome than the methods evolved by his 1960s counterpart. The objective of all his escapades has been to discover a possible cure for his condition before it kills him, and a solid lead on the sunken city of Atlantis comes his way. He’s also been working on a robotic suit, and there’s an interesting reason for doing so.

Snyder is imaginative in his re-casting of people associated with Iron Man, working in names if the actual people don’t slot in. Happy Hogan, for instance, is what Stark’s submersible craft is called, and Snyder doesn’t restrict himself to Iron Man’s supporting cast. Namor also features, as do Barons Strucker and Zemo representing the covetous Nazi ideals of the late 1930s, and the Thor cameo is ingenious.

What doesn’t work quite as well is a re-aligning of motivations at the halfway point, with the attitudes not convincing. It’s an odd interlude, and really not required. It also highlights that despite the book being titled Iron Man, the title superhero’s barely seen until the end of chapter three, but from that point there’s all the compensation one could ask for. In keeping with the pulp movie serial tradition, Snyder saves a humdinger of a surprise to open the final reel, and you have to gasp at the audacity of his foreshadowing.

Manuel Garcia, as shown elsewhere, is one hell of an artist and cracks the period aura in accomplished manner. His overly complicated 1930s style Iron Man is a fantastic design, as is what that Iron Man must eventually face, and the proto-Transformer aspects are also great.

At the time of release Marvel’s Noir line might not have seemed a great idea to some, but resulted in more good than poor, and this Iron Man is well plotted, well illustrated and a lot of fun.