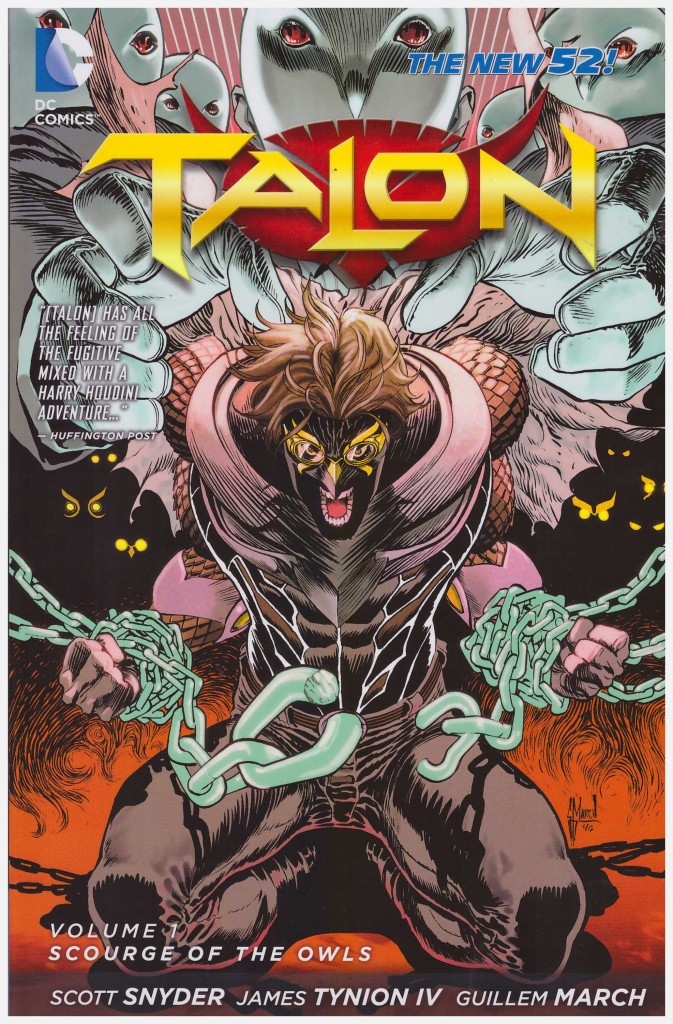 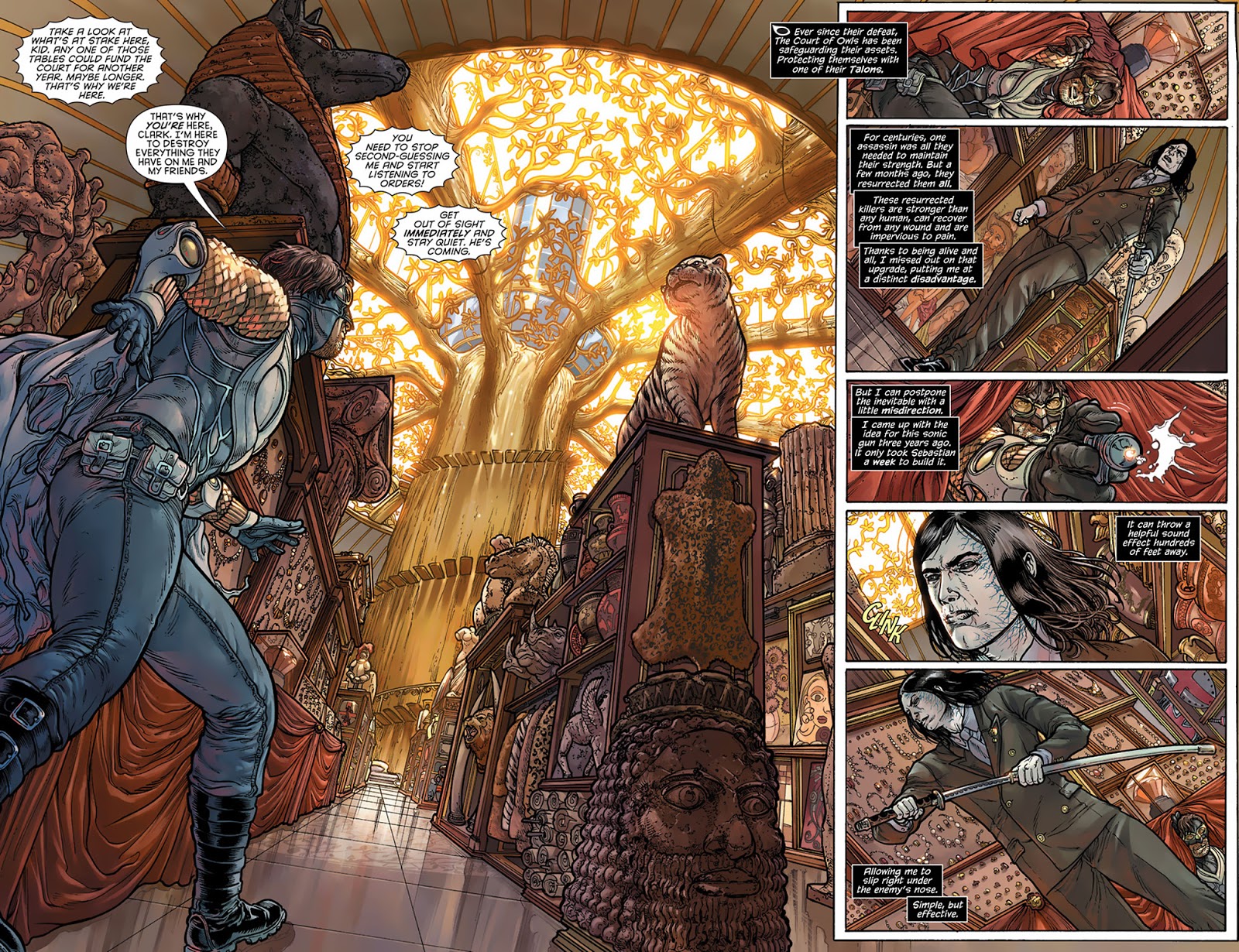 A major new element of Batman’s continuity as DC retro-fitted their universe is the Court of Owls, a secret crime cabal influential in Gotham since colonial days. Their enforcers have always been beings known as Talons, of whom there have been many. Children are moulded and trained from infancy to become perfect adaptable assassins, and when ready supplied with state of the art equipment to further their success. Technological enhancements have more recently permitted bodily augmentation and a seeming imperviousness to death.

Events in Batman: Court of Owls saw the secret manipulators dragged into the open and their power base all-but eroded. It’s at this point that Talon’s adventures begin. Calvin Rose is the one Talon who’s overcome his subjugation and manipulation, realised the corruption at the core of their purpose and is determined to bring down what remains of the Court of Owls. He’s an accomplished escape artist, helped by the resources of software designer Sebastian Clark, a man with his own reasons for wanting the Court destroyed.

Having introduced Rose in the Batman series, Scott Snyder plots out his solo adventures with James Tynion IV, with the latter supplying the dialogue. It’s a seamless combination with no dilution of the work Snyder’s acclaimed for elsewhere. The plots are every bit as compulsive, the action equally well-conceived, and the surprises activate as planned. Spanish artist Guillem March very much favours the up close and personal, and there are elements of Joe Kubert about his style.

This collection is packed with memorable action thriller moments, not least the concluding pages. The writers have constructed a harrowing childhood for Rose, and deliberately point the plot elements to his escape, at the same time building on their history of previous Talons. It should also be stressed that the well-constructed background is all explained for a self-contained reading experience, so no-one needs to be put off reading this seat of the pants thriller. The story continues in Talon: Fall of the Owls. 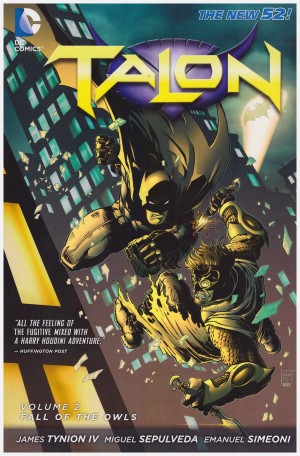