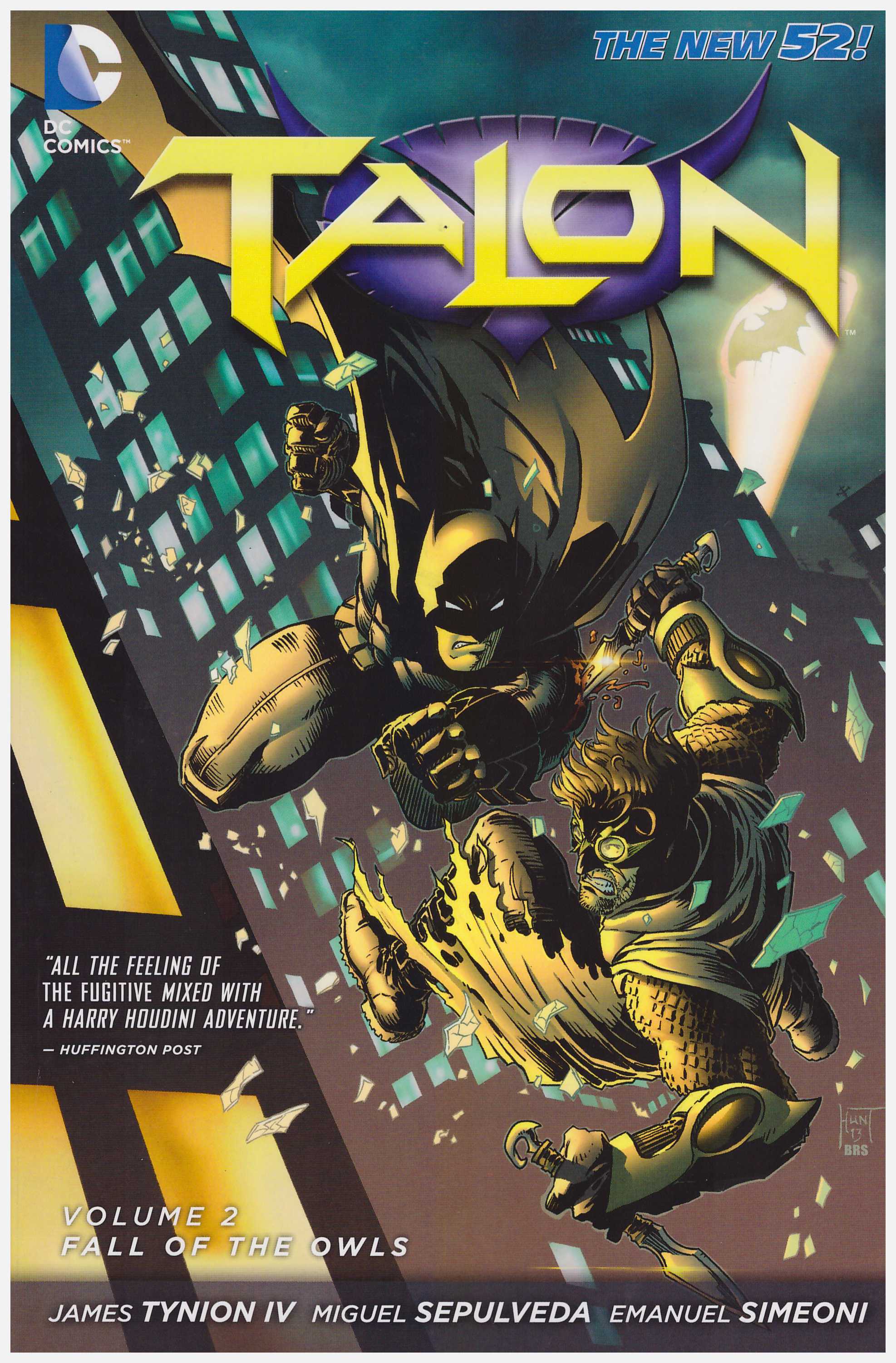 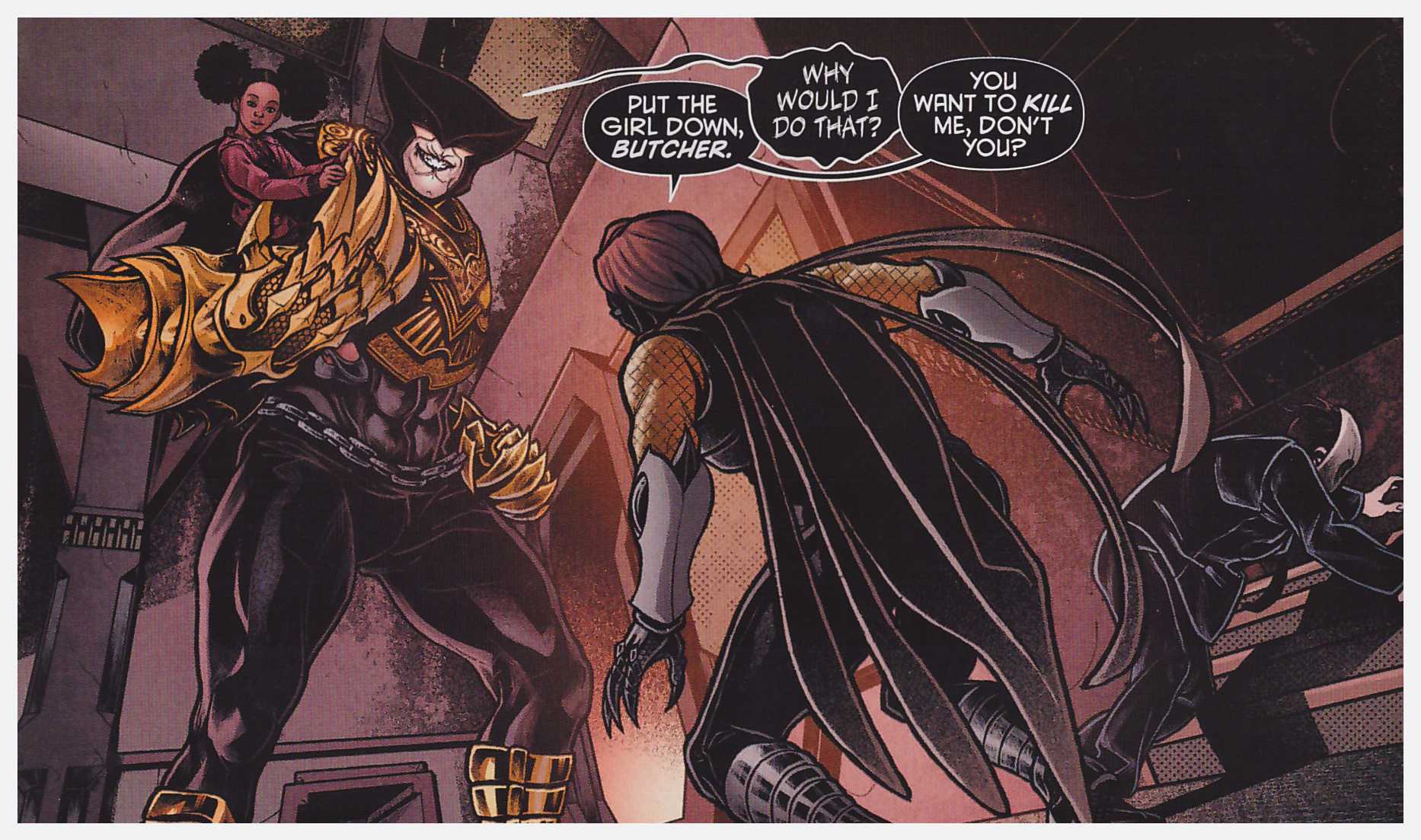 Talon: Scourge of the Owls ended on rather a shock note for the titular hero, but his condition rapidly improves. Thereafter the problems of Bane dominate as the appalling Harmon, a wild cannon throughout, proves less under control than assumed.

This volume lacks the thrill a minute cohesion of its predecessor, primarily due to the constantly shifting creative staff. Scott Snyder has no involvement, but some of the seven chapters delivered alone by his former co-plotter James Tynion IV maintain the previous standard. The jarring changes in look, though, have an even greater impact on the weaker material, particularly those dealing with Bane on his home territory which is very much treading water. Even omitting two artists working on the crossover Birds of Prey chapter, six different pencillers work on ten chapters. None of them are without talent, although some might have been given editorial guidance on telling a story, but the lack of effort made to ensure a consistent look damages a decent series.

Whether intended from the start, or Tynion’s adornment alone, a plot fundamentally altering the character of a small child just doesn’t ring true even within the parameters of what’s been established. The somewhat dismissive conclusion to this plot hardly dilutes the sense of it being poorly conceived. If there are inconsistencies and padding as Tynion concludes the story begun with Snyder, it’s still as stardust compared with the resolutely ordinary material that follows.

One nice touch in both Talon volumes is reproducing the cover art to the issues collected in black and white, but that can’t compensate for this volume not being a patch on what came before.