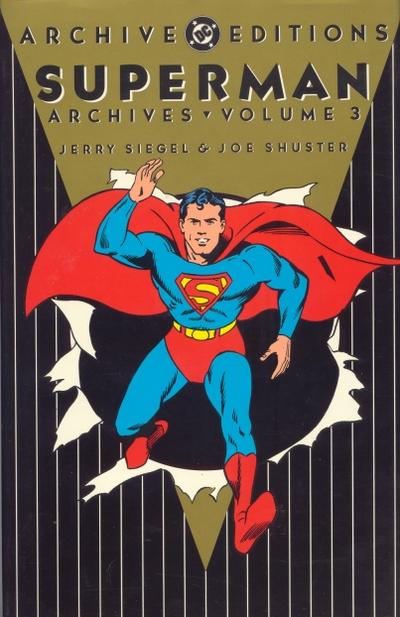 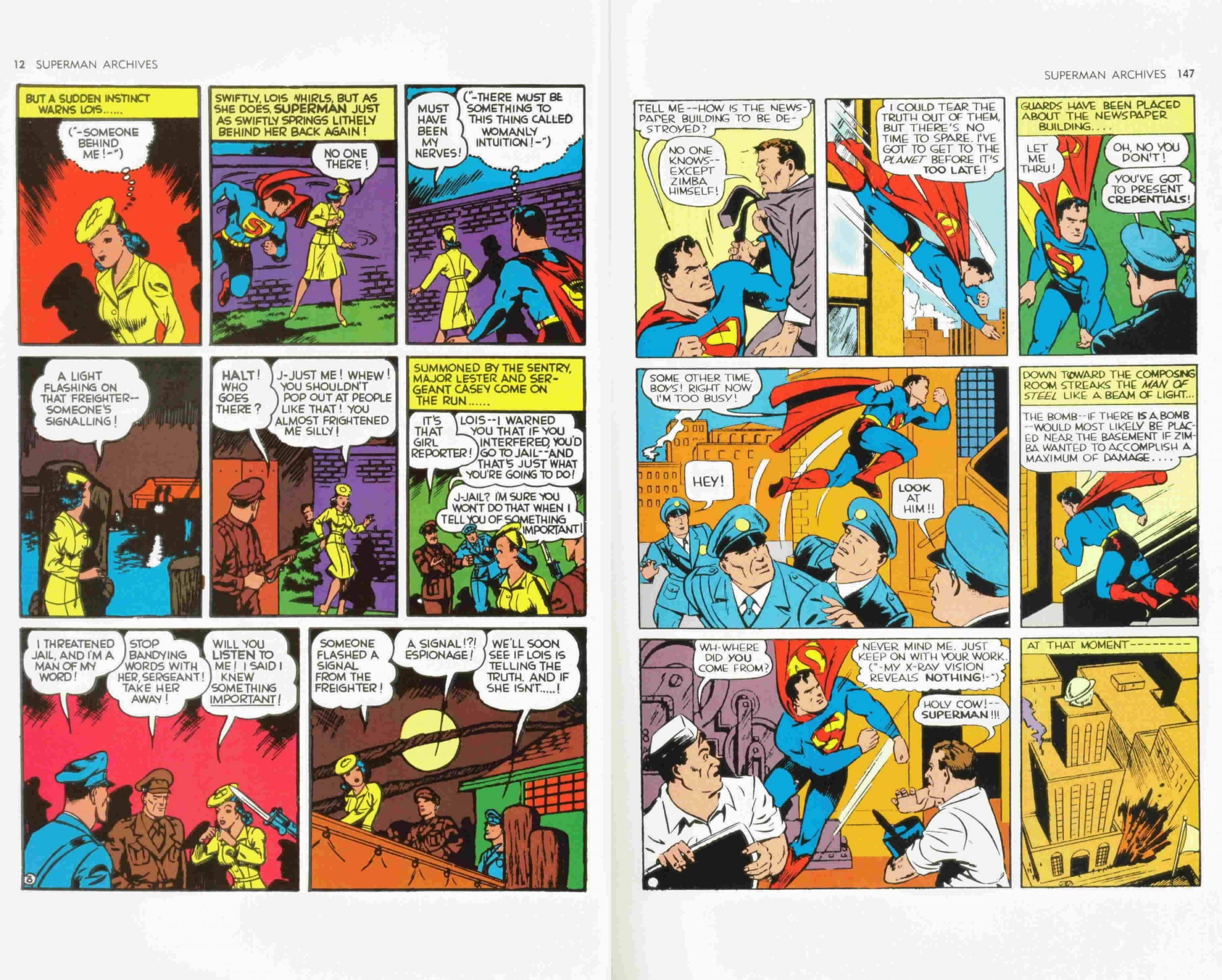 By 1941 Jerry Siegel had settled into a workable formula for Superman stories with Clark Kent or Lois Lane, or often both, stumbling across a villainous plot while working as Daily Planet journalists, or alternatively their reporter’s instincts activated when off duty. Lois is gung-ho and keen to investigate, while as Clark, Superman plays the timid partner, often begging off because he knows Lois won’t stay away from danger and he can better protect her as Superman. Paul Cassidy’s sample art from the opening story provides a nice example of Lois heading into trouble.

Siegel’s also refined the relationship between Clark and Lois. She can still be scathing about what she doesn’t realise is his faked timidity, but there’s respect when he pulls off a journalistic coup. She’s building a good relationship with Superman that hasn’t yet entered the simpering stage, and while Siegel engineers situations where Lois needs rescued, it’s her bravery that’s led to them in the first place. It’s now a rare story that doesn’t feature Lois in some respect, and Superman is increasingly concerned about maintaining the secrecy of his alter-ego.

Lex Luthor returns, now inexplicably transformed from having a full head of red hair in Superman Archives 2, to the bald look known globally ever since. The supposition is that artist Leo Nowak was handed a copy of Luthor’s first appearance (see Action Comics Archives Vol. 2), but mistook Luthor’s bald henchman for real article, and so inadvertently created the appearance used ever since. Luthor appears twice, first using an invisibility ray, then as the creator of rampaging giant animals.

By midway though the collection, Nowak (sample art right) has taken over from Cassidy as the artist of choice. He works in the same busy style established for Superman stories, rarely moving the viewpoint in closer than half figures over the nine panel pages, and providing a greater variety to the storytelling than Cassidy.

The final stories point the way forward for Superman’s next few years as Siegel latched onto a real world enemy whose threat was far more potent than the gangsters Superman routinely saw off. As a Jewish American he was surely shocked by the atrocities in Europe as Hitler and his Nazis persecuted the Jewish population of every country Germany invaded. This was long before the appalling full truth was known, yet several months before the USA officially entered World War II Siegel set Superman against Nazis. Even before then he’d been making transparent allusions as Superman encountered foreign spies and saboteurs, and there’s a story about the Dukalian sports team complete with exaggerated, but recognisable Nazi propaganda claims. Amusingly, Superman quickly sets about proving which country has the superior specimens.

With so many of Siegel’s thirteen page stories gathered together a formula is apparent, but read in small doses this selection of Superman dealing with charlatans, gangsters and saboteurs can still amuse and entertain. In paperback the stories are spread over Superman Chronicles 4, 5 and 6, or Superman: The Golden Age volumes two and three. , the latter also featuring content from Superman Archives Vol. 4. They’re also in the second Superman: The Golden Age Omnibus.