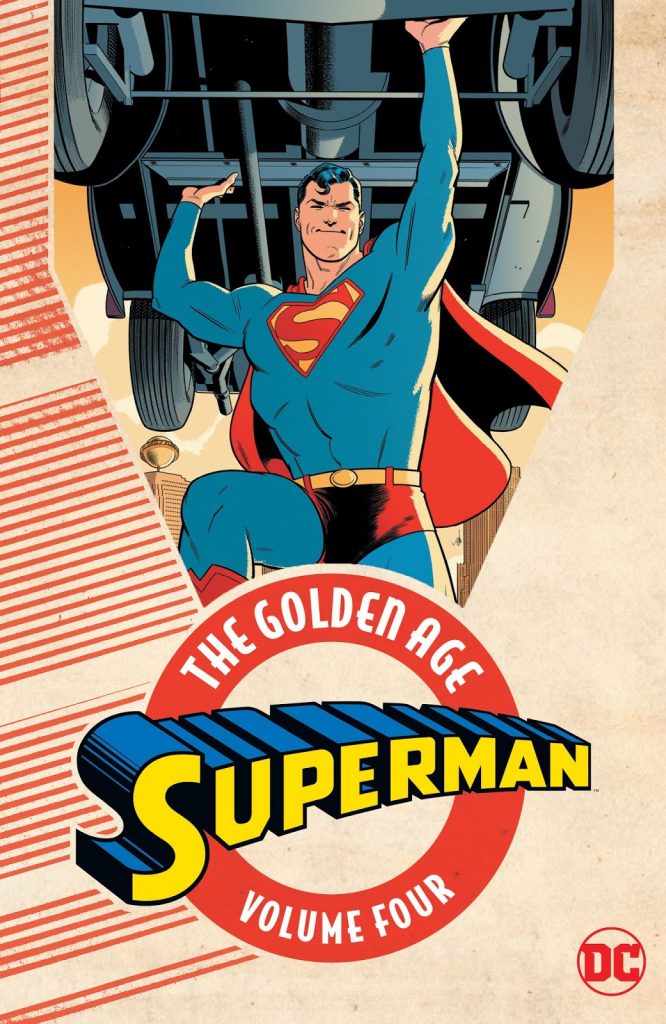 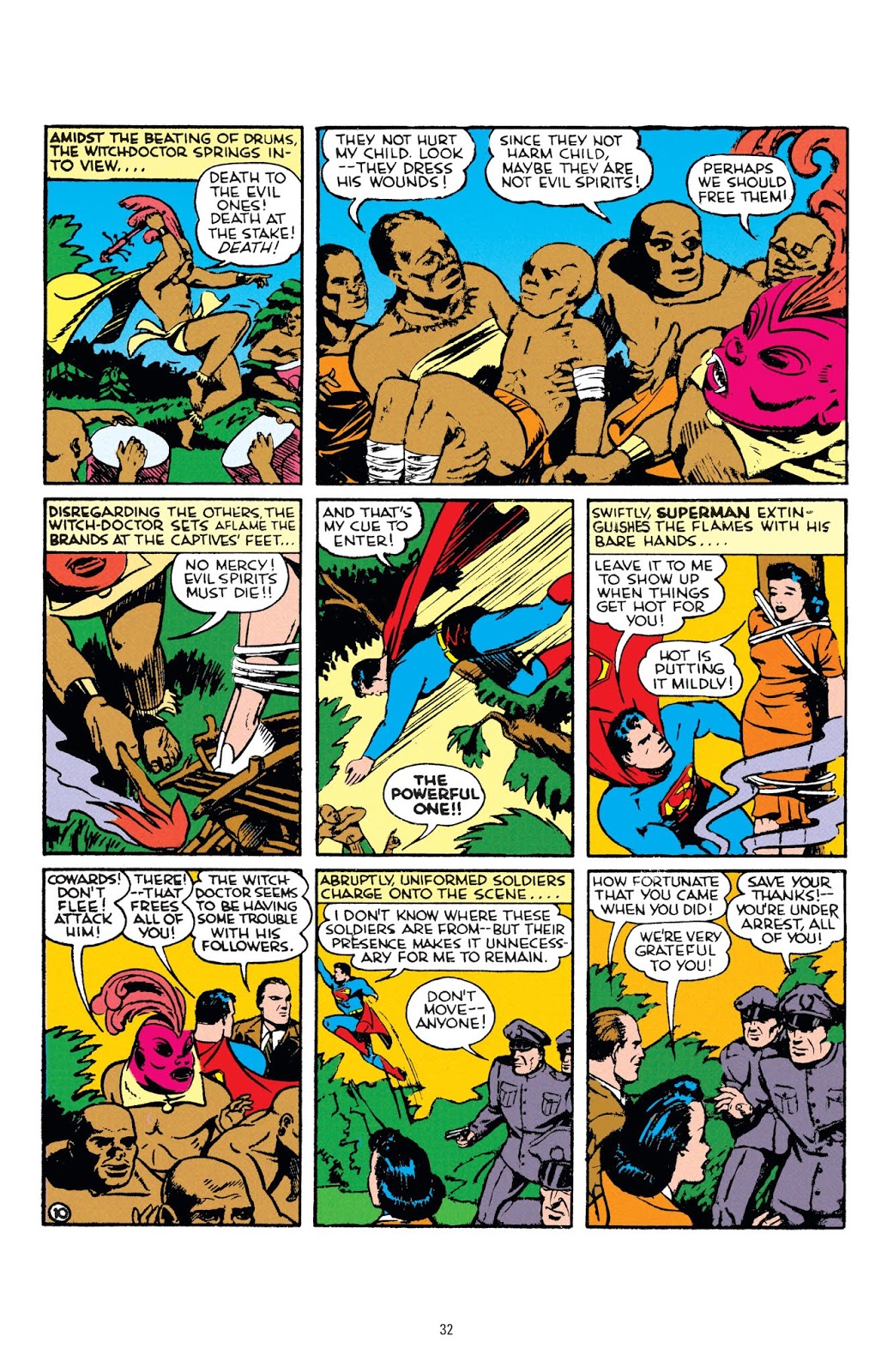 This fourth volume of Superman: The Golden Age gathers roughly nine months of Superman chronology covering his appearances in three titles from autumn 1941 to spring 1942, and they’re evidence of a comparative early golden age for Superman, living up to the title designation for once.

Jerry Siegel writes everything, and there’s a commendable variety to his plots. The first five stories concern railway bosses cutting corners on safety, a trip to Africa, Clark Kent investigating a series of suicides he believe are murders, Superman apparently killing a saboteur and Lex Luthor setting his gigantic enlarged animals loose. That sort of mixture continues all the way through. Additionally, Lois Lane may need rescued, but she’s a brave investigator willing to follow wherever the story leads without considering her personal safety, and has yet to develop her later trivial obsessions. Neither has Luthor become the only scientific genius, but he’s used several times, and an interesting, long disappeared supporting character is Sergeant Cassidy, determined to bring Superman to justice and not keen on Clark either. A few period aspects ring the wrong note, but provided the number of stories read in a single sitting is restricted, Siegel’s writing still has life and energy.

It’s worth noting that many other comics of the era routinely featured racial caricatures either of the Japanese, with whom the USA was at war in 1942, or Africans, yet these don’t occur in Superman. There are nasty references from the obvious villain regarding the Africans, and the Japanese are distanced by referring to their nation as Napkan, but Leo Nowak’s sound artistic judgement in 1942 now makes him a shining ethical light (sample page). While Joe Shuster apparently contributes faces here and there, the bulk of these stories are illustrated by Nowak, Paul Cassidy, producing his final Superman work, and John Sikela. After a half page opening splash, they stick to nine panels per page, their equivalent of a pin-up being to enlarge a single panel to the size of two, and pack those panels, the close-up rarely an option. Given Siegel’s word count in places it’s not an achievement to be lightly discounted. Sikela is the exception, more likely to reduce the panel count to permit more expansive compositions.

Highlights? Clark Kent given a baby to look after, Lex Luthor and his powerstone, a tense investigative drama about a policeman accused of shooting someone when blinded, and Superman taking on a thinly disguised Hitler. Considering how DC later treated Siegel and Shuster, there’s considerable irony in Siegel’s plot of a promoter tricking a naive inventor out of his rights. The taut crime morality dramas ensure justice prevails, and Superman hovers over everything as a right-minded defender of the weak, threatened and downtrodden.

These stories have been previously packaged in hardcover, spread over Action Comics Archives 3, Superman Archives 3 and 4 and the first World’s Finest Comics Archives, or alternatively in the massive oversized Superman: The Golden Age Omnibus Vol. 2. In paperback they were previously found as Superman Chronicles 7 and 8.