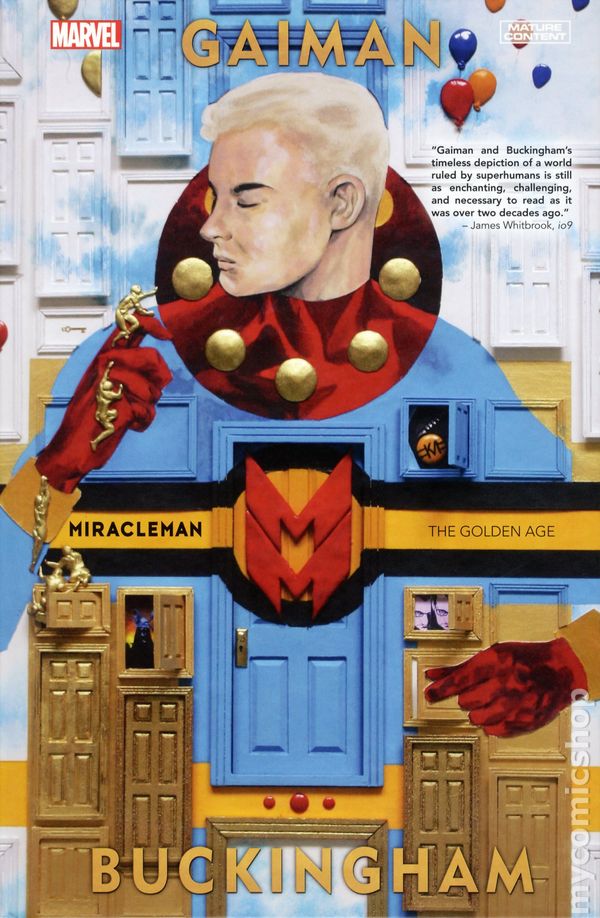 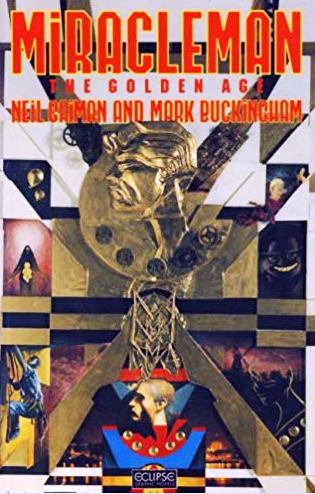 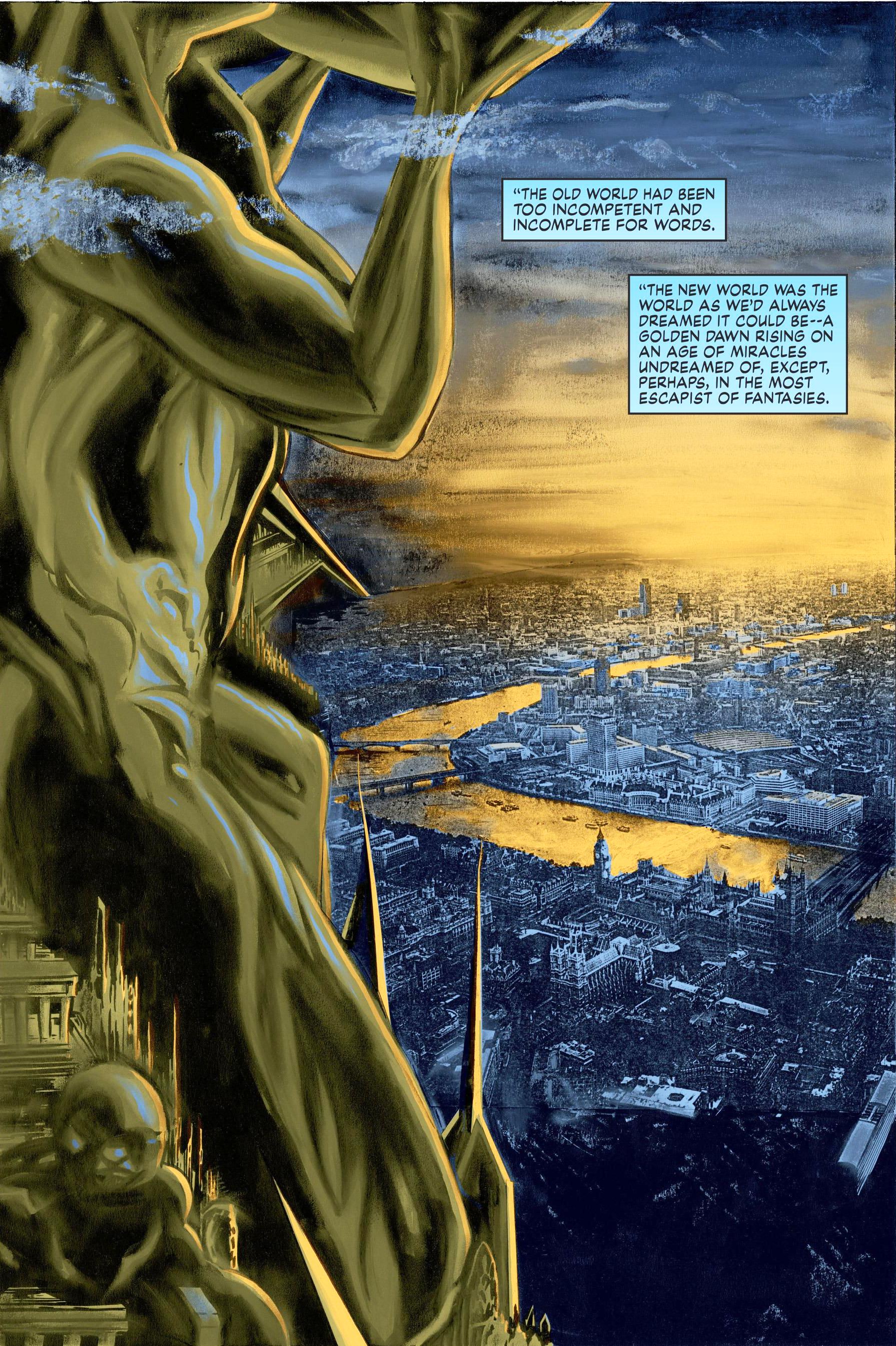 Miracleman is considered a watershed in the history of comics, which is why Marvel bought the rights. There’s an irony to that for anyone willing to research the tumultuous background revolving round the character, but all you need to know here is that then little known youngsters Neil Gaiman and Mark Buckingham were the last creative partnership to work on the series before the demise of publisher Eclipse. It’s their work on The Golden Age that Marvel has chosen to reprint in anticipation of Miracleman’s reintroduction to the world.

Created by Mick Anglo in the 1950s, the character was later radically defined by Alan Moore, whose work concluded in Olympus. It’s Moore’s template that Gaiman works from, but rather than focus on Miracleman he chooses to look at the world Miracleman has shaped through the lives of ordinary people inhabiting it. It’s a world where Miracleman has brought lasting peace and ended world hunger, ruling like a god from Olympus, a golden tower that reaches into the Earth’s ozone. Pilgrims even travel to its location in London to traverse its heights and present prayers before this new deity. While Miracleman has truly ushered in a Golden Age for humanity, the everyday problems and woes of normal people continue as they always have.

Beginning in 1987 and progressing into the early 1990s, Gaiman uses individual stories to explore a host of conundrums a superhero in charge of the world would present. These questions are not dissimilar to those raised about God, faith and religion throughout time. If a being is powerful enough to end famine why has sickness not been eradicated? Why do our children die of cancer? Why does poverty exist? Why does a hierarchy of the haves and have not’s continue? Gaiman has always had a knack for producing supernatural tales revolving around religious concepts and folk beliefs, weaving piercing questions reflecting the bittersweet and ironic existence of mankind, but this lacks the harder cynical edge of his later stories, The Golden Age inquisitive and searching. There’s a different perspective for every tale whether it’s vanity, the capriciousness of men and gods, musings on money as an indicator of success, the agony of loss, or the irrationality of fear and suspicion. No question has an easy answer, Gaiman often raising more questions as he progresses, but the honesty of his reflections is as compelling as the scenarios he creates.

Buckingham’s art is astoundingly beautiful and fascinatingly innovative, all the more thanks to restoration work. The sample art is from the opening pages, his style changing constantly but the quality never. It’s as complex as Gaiman’s plots, both detailed and straightforward in eye-catching contrast. Subtle nuances and shifts in mood are expertly conveyed, a wide spectrum of styles utilised from classic comic book style to pop art, noveux to abstract, expressionist to deco. Buckingham’s later work on Fables for Bill Willingham garnered awards, but his art here is truly a sight to behold.

The Golden Age presents the perspective of ordinary people affected by events centring on the hero. Complex and probing, sometimes difficult to comprehend both literary and artistically, startling, unsettling and provocative it is an impressive effort from two talented creators entering their prime. Originally planned as three volumes but significantly delayed, as of 2019 Marvel is giving these creators the opportunity to continue the saga they began nearly three decades earlier with Miracleman By Gaiman & Buckingham Book 2: The Silver Age.