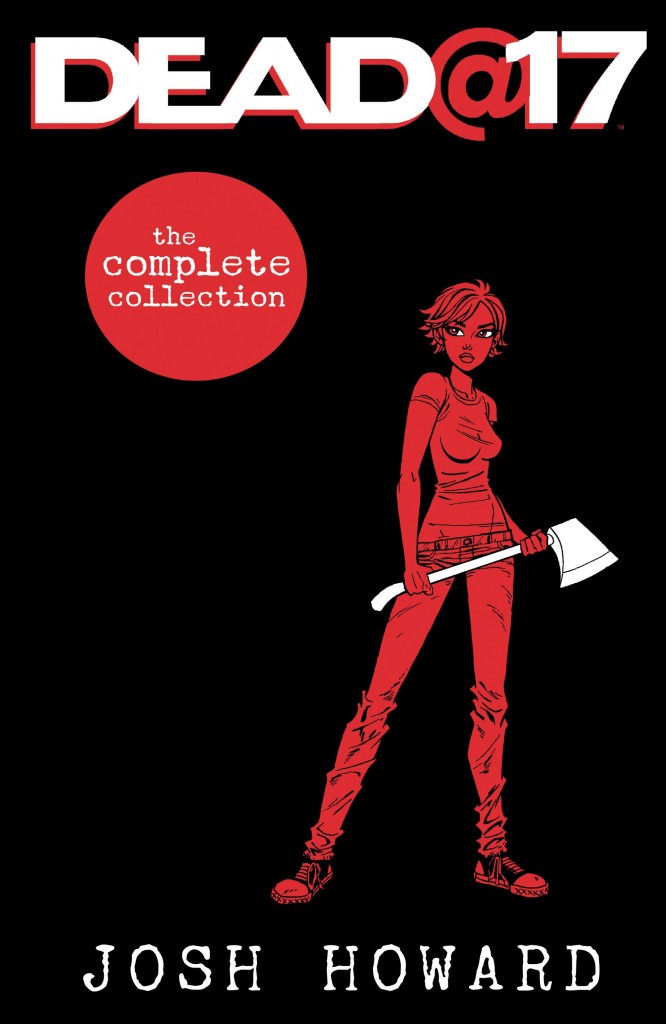 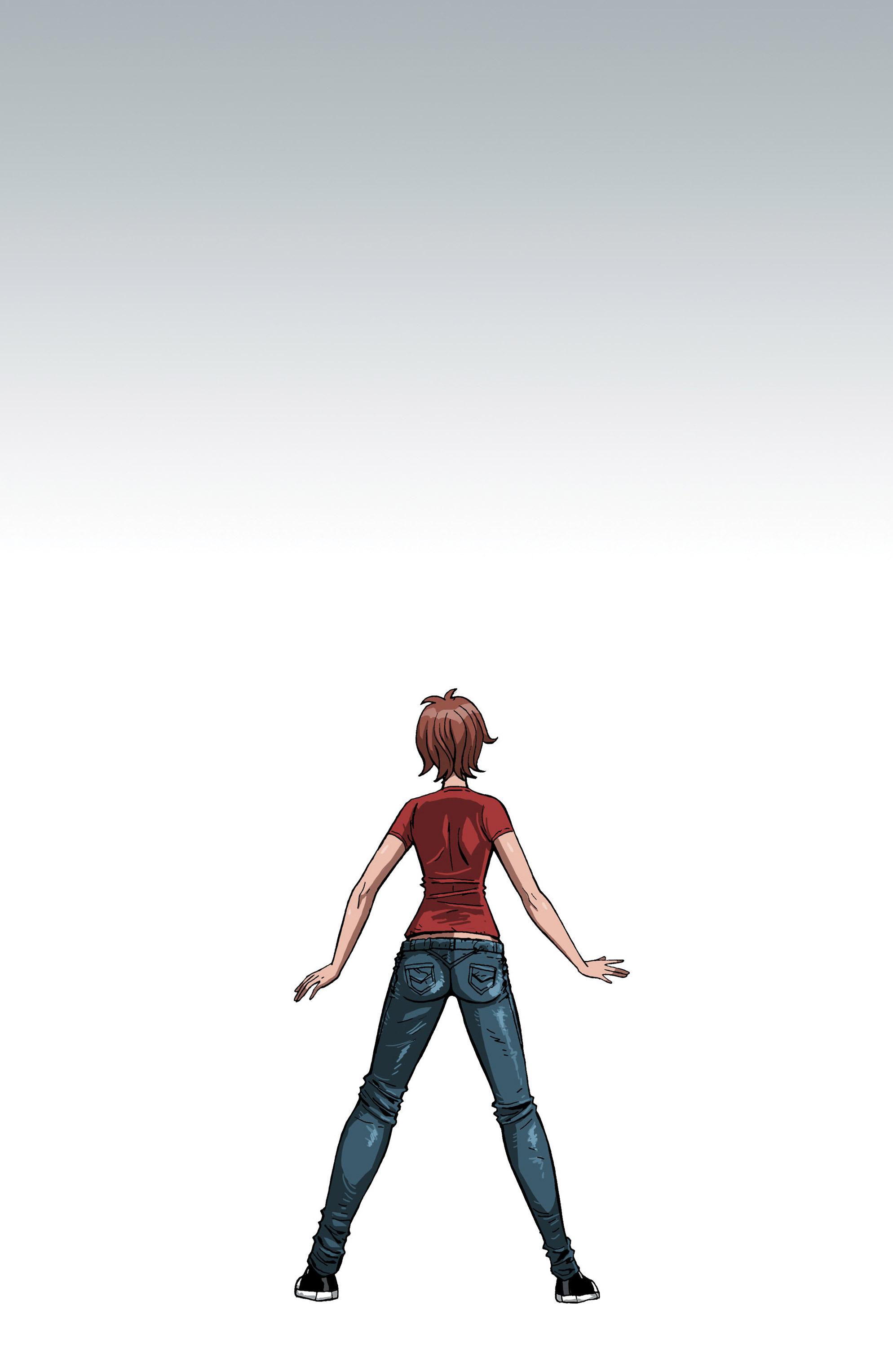 Dead@17 is one contradictory and wayward series, within broad parameters meandering wherever Josh Howard feels for each of its seven segments, yet almost constantly improving as can be seen by all seven graphic novels being re-presented in this massive collection.

The heart and soul is Nara Kilday, who becomes the title character, but don’t worry as her death is only temporary. As is her second demise for that matter. She’s taken on one hell of a journey, one that recasts an ordinary teenager as the only person with real influence in preventing demons bringing about the biblical end of days. Strong characterisation of women is key to the series, with the friendship between Nara and Hazy Foss integral, yet this is frequently undermined by Howard’s propensity to sexualise them and other women, a tendency not completely under control until the final book.

Right from the start Howard impresses as a cartoonist. His characters have a naturalism about them, and it’s an unusual style to pick for a horror series that concentrates for the most part on demonic invasion. Unfortunately, the weakest aspect of the art are Howard’s designs for demons, which only rarely graduate to threatening, and as they’re consistently important to events it’s a drawback. He’s far better with almost every other aspect, and as the series progresses, there are some genuinely impressive designs. It’s not everyone who needs God as part of their story, and it’s certainly not everyone who’d portray the deity in such memorable fashion.

The earlier material is very much influenced by Buffy the Vampire Slayer, with an axe-wielding Nara gathering her own gang around her, but as it continues Howard finds his own direction and the comparisons evaporate. The good art sells the earliest two books, which are characterised by enthusiasm rather than a compelling plot. From then on there’s more thought given to foreshadowing, some brave if not entirely advisable story decisions, and the introduction of biblical themes, which every now and then prompt some surprising and thought-provoking philosophical comments.

It took Howard almost a dozen years to complete his story, and the vast variation between the tone of individual segments charts his growth as a writer, a discipline lagging behind his art, and indicates that beyond the broadest strokes there was no master plan until the midway point. It’s here that the meandering begins to coalesce and feed into a bigger plot. Dead@17 remains very character driven, but there are several shocks as Howard settles into his stride as a writer, and look out for a brilliantly relevant and heartwarming final page. Not everything makes perfect sense along the way, but by the later books there’s enough to distract from that.

As an alternative to investing in this massive collection, most of the content is still available in other forms. The Complete First Series, Blood of Saints, Revolution and The 13th Brother are located most easily in the now disingenuously titled Ultimate Collection published by Image before they then issued Afterbirth, The Witch Queen and The Blasphemy Throne. More detailed reviews can be found under the individual entries. Some may take issue with this collection being labelled ‘Complete’, but it is as far as work by Howard is concerned. There are stories produced by other creators that he considers to be non-canonical, hence their absence.

There’s around fifty pages of bonus material including plenty of preliminary design sketches for lead characters, small reproductions of every serialised comic cover, and Howard’s minicomic version of the series.