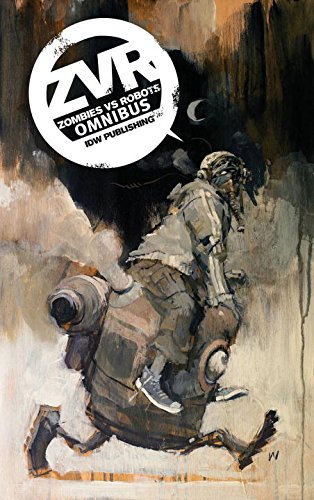 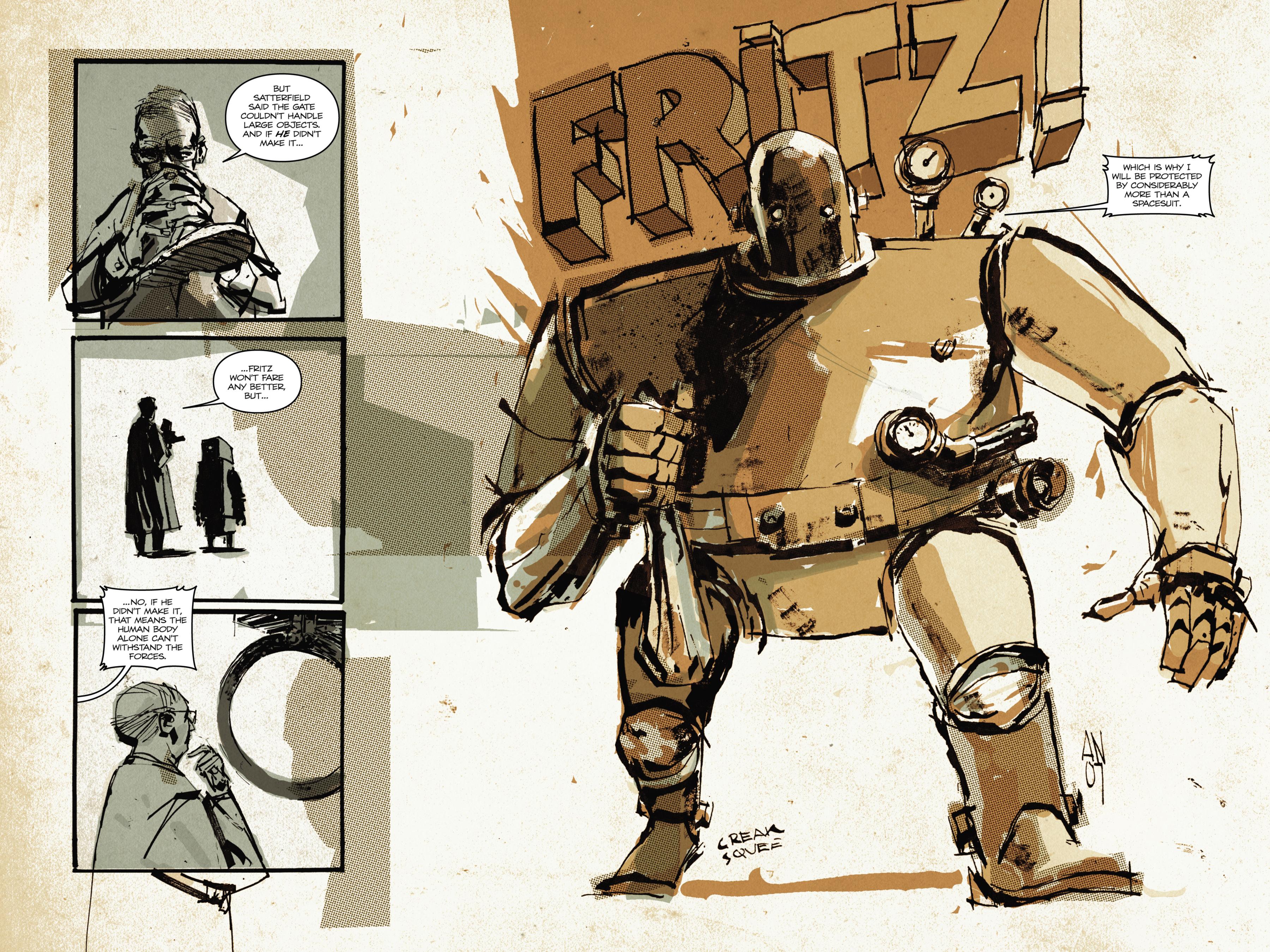 To anyone who’s already immersed themselves in the world of Zombies vs Robots, this 350 page collection sells itself despite only featuring a minimal amount of material not previously available in book form, although that is all by series creators Chris Ryall and Ashley Wood. Their first collaboration was initially collected as a hardcover now commanding premium prices, but is readily available within The Complete Collection. The omnibus also includes a 26 page prose story from Ryall, and reprints what was previously issued as Aventure, Undercity and Zombies vs Robots vs Amazons. That final story isn’t quite as good as it sounds, but reviews of that material are found under the individual titles. The overview is that it’s rare that a series improves when an original creator departs, but having artists other than Wood draw the strip has broadened the tone and Aventure and Undercity are more enjoyable overall.

‘Which Came First?’ takes us back to the days when there were no zombies and robots were extremely primitive. Three arrogant scientists have created a time machine, and they’re not deterred when the first to try it returns dead. It’s very funny with some fantastic designs from Wood (see sample page) in relating just how the world of Zombies vs Robots first occurred.

None of the previously uncollected strips drawn by Wood in his familiar loose fashion are good enough to make this Omnibus worth buying if you have the majority of the remaining content in paperback. It’s barely fifteen strip pages, with an equal amount of illustrations. The oddest selection is the one page gag strips titled ‘Four Fine Days During the Zombie Robot War’, constructed as if Don Martin style Mad pastiches. Wood either can’t be bothered approximating Martin’s style or isn’t capable, but these are a nice idea that don’t really work, petering off into the obvious. ‘Winterhope’ relates what occurs when a damaged and a conflicted robot, having concluded the zombies are all wiped out, meet what’s left of humanity. Again, it’s a slim story, although Wood’s having fun.

Ryall’s text ‘Meaner Than a Junkyard Dog’ details what happens when an exclusive neighbourhood is offered the options for dealing with zombies, who’re a step up the danger scale from the usual undesirables their private security force moves on from the area. Ryall has an effective prose style, as he relates the early days of the zombie infestation and the resulting military trials.

Not everything about Zombies vs Robots is first rate, but at its best there’s an appealing simplicity. Like an enjoyable horror movie, you know what you’re going to get (clue, don’t become too attached to any human) and the joy is in the anticipation of the final cataclysm. Ryall spins this out very well, and most effectively in ‘Undercity’, which ups the odds by inclusion of an insane preacher.