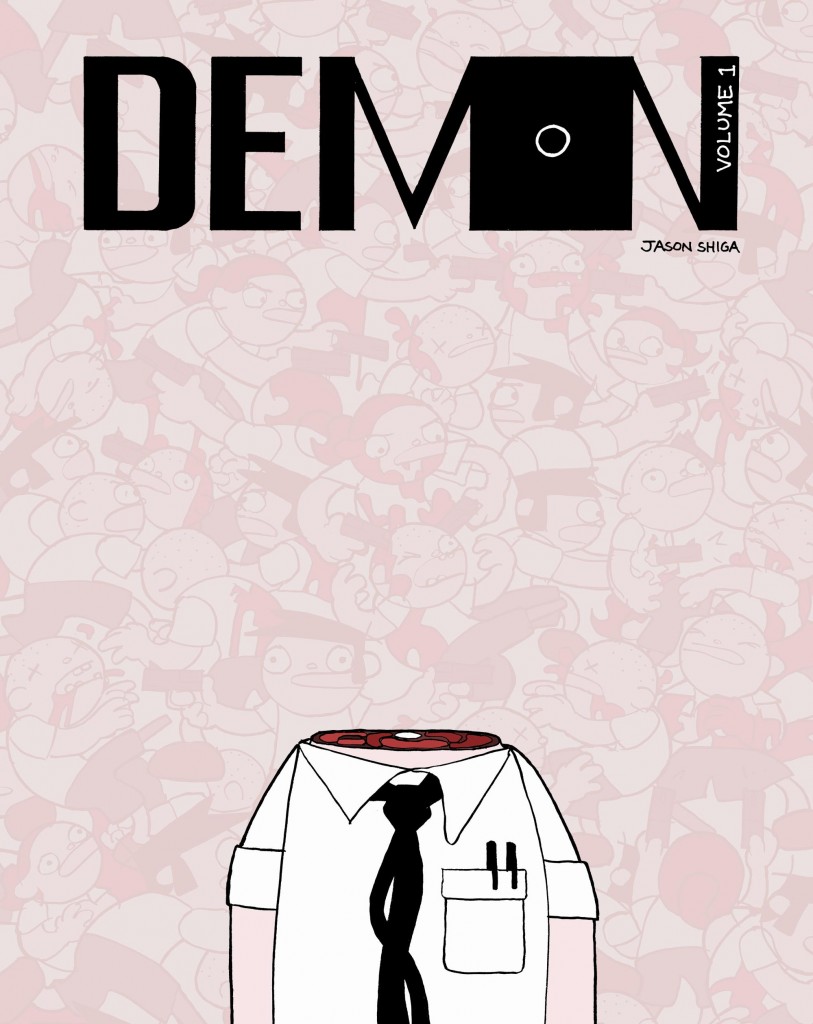 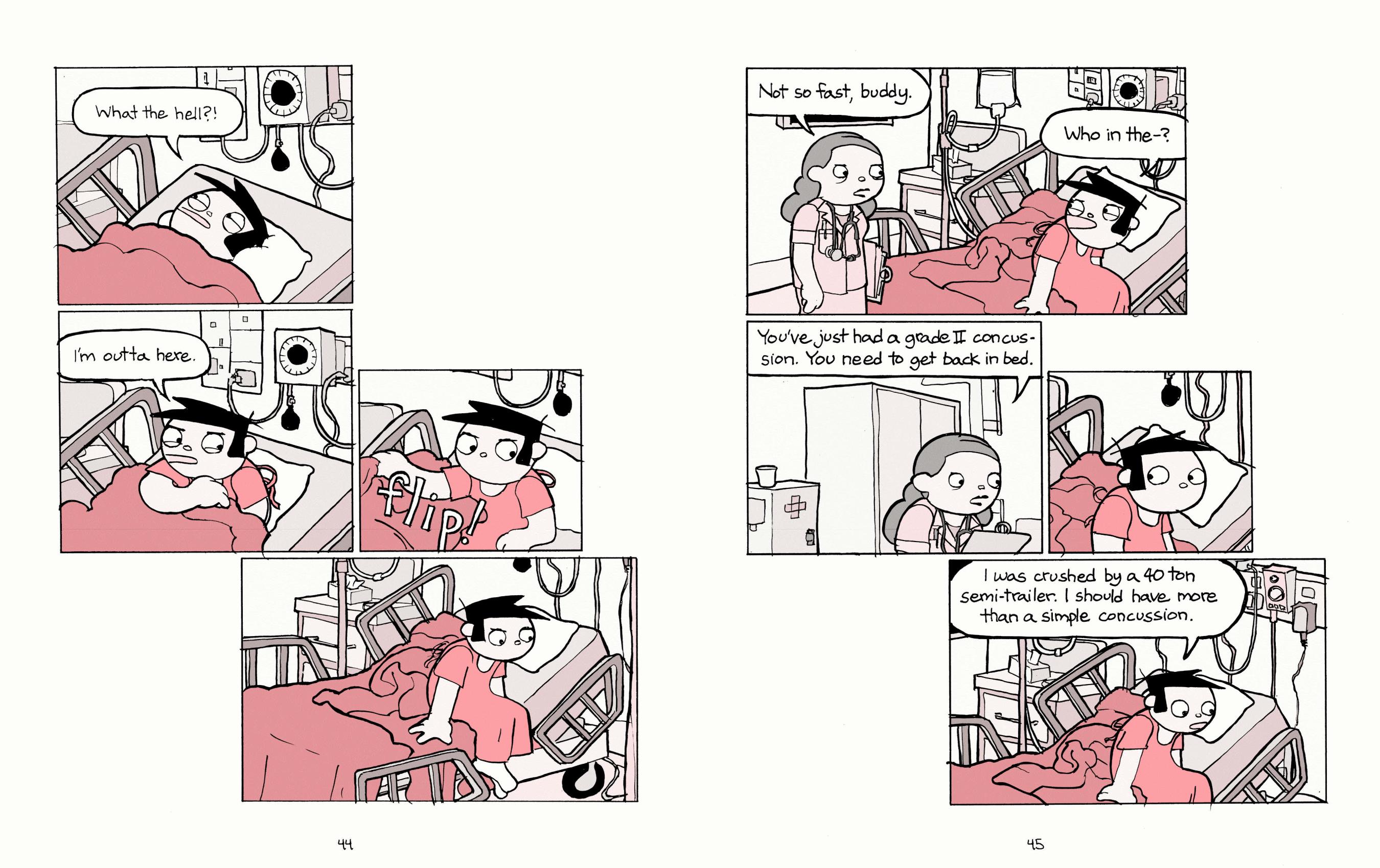 Jason Shiga’s chatty introduction describes Demon as 21 chapters, each more intense and twisted than the last as his avatar Jimmy does everything society prevents him from doing. Just how profoundly disturbing that statement is becomes obvious as the opening pages show Jimmy hanging himself in a motel.

It’s only Shiga’s simple and attractive cartoon style that prevents Demon from being a very grim read. When his opening attempt fails, Jimmy runs through alternatives, finding suicide a far harder process than either he or we might imagine, each attempt causing him to wake up back in the motel. Shiga provides a viable reason for Jimmy’s depression, and around halfway through the book Jimmy figures out what’s happening. It’s brilliantly inventive, and explained in a very matter of fact manner, but stop to think for even a moment and it’s as horrifying as other events depicted.

Once he figures out what’s going on Jimmy is pretty profligate, and Shiga’s introductory comments about constantly escalating the thrill ride very much come to pass. Others are aware of what Jimmy can now do, and also know methods of preventing it, while for Jimmy it becomes a race against time to outwit them. As the suspense increases so does the jaw-dropping filth quotient, something very new for Shiga’s formerly family-friendly style. We’re warned about that in the introduction as well.

Demon is bleakly hilarious, accentuated by the simplicity of the illustration. Shiga’s characters have a uniform anonymity to them, the few distinctive features differing one from the next. The simplicity permits contemplation as a tool, and Jimmy features in near repetitive panels with minor variations as Shiga’s dramatic instincts lead the pacing, which is exquisite. Time after time he exploits the set-up and gag perfectly. Also impressive is the diagrammatic panel condensing multiple events over time into a single image.

Shiga planned Demon as a series of four volumes, and by the end of this opener Jimmy has figured out what he can do, which is the exact opposite of his original intention. The final page ends with him ordering food, plumping for a diet coke from habit. The correction to the full sugar version is a chilling indicator of the life he now has, and how disposable it is. Volume 1 thrills, puzzles and entertains, and surely in quantity enough that volume 2 is essential. 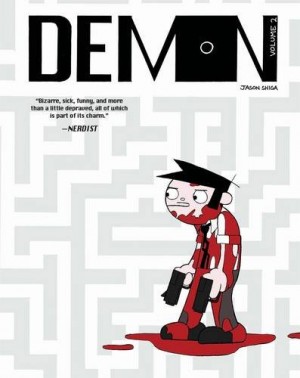 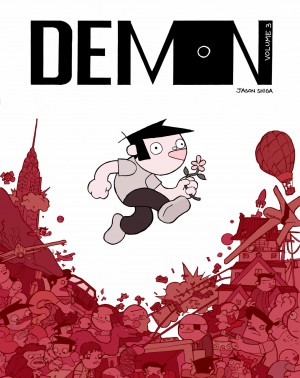