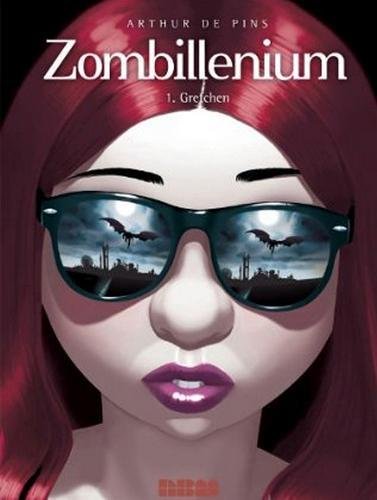 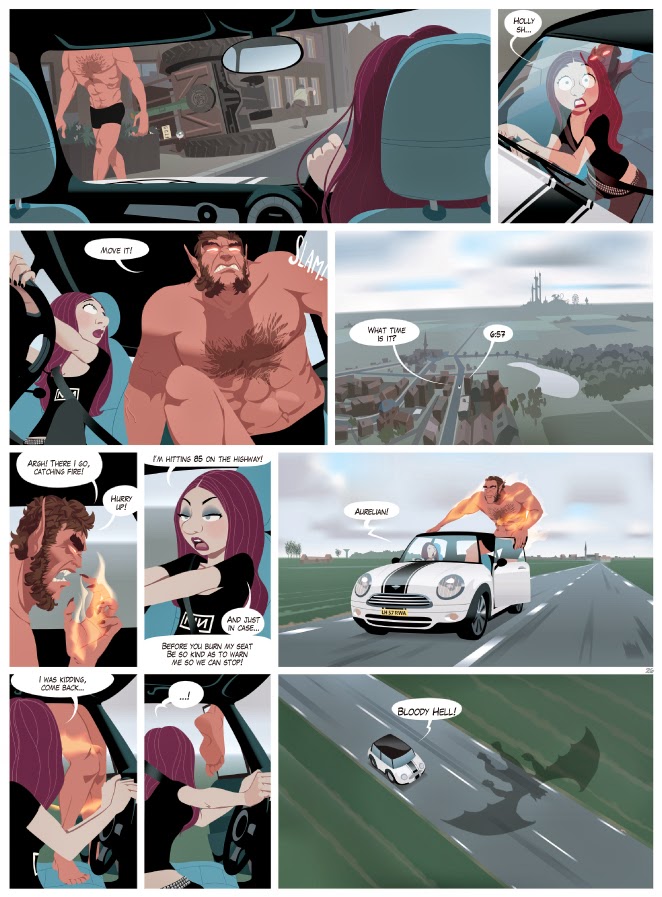 If there is such a thing as a standard zombie graphic novel, Zombillenium swerves well clear of expectations, being titled after a horror-themed amusement park. The hook is that it’s actually real mummies, skeletons and demons working the attractions, but attendees believe they’re just seeing robots or costumes. It’s a clever conceit on the part of creator Arthur de Pins, typifying the novel approach he takes toward his light-hearted comedy.

The reader entry point is via Aurelian Zahner, who thought his day was bad when his wife left, not ever dreaming how much worse it could become. After a failed hold-up, he’s knocked down and killed by Zombillenium’s owner retrieving a runaway mummy. This is slightly more fortunate than it sounds as it entitles him to revival as either a vampire or werewolf, and employment in the amusement park, which is undergoing some financial difficulties.

De Pins uses a digitally generated 3-D animation style to create the very appealing cartoon look, his style reminiscent of J. Etienne’s equally notable work. It’s instantly attractive, and goes a long way to softening the edge of a series where barely any character is human, and in other circumstances most could be terrifying. De Pins is excellent at conveying comedy through body language, an animation background standing him in good stead here, and often lets the art tell the story without the intrusion of words.

Gretchen, she of the title, is the amusement park’s resident witch, although a witch with a secret and a skateboard, and the only member of the staff willing to give Aurelian a chance in his new circumstances, partly because of guilt over the part she played in those circumstances. As the book progresses it becomes clear that there’s far more to his transformation he first realised. De Pins plays well with shades of grey. We’re meant to sympathise with Aurelian, and compared with some he’s a positive saint, but he also has his dark side and the central emotional focus becomes how well he can control this.

Zombies do appear, and in greater quantities than other monsters, but they’re not central to the plot despite the title. Aurelian and Gretchen are, and de Pins instantly creates a sympathetic relationship between them that allied with the comic potential should take the series a long way. It continues in Human Resources.

For those wanting to investigate further there’s a good Zombilennium website, and the animated version was first screened at the 2017 Cannes Film Festival. 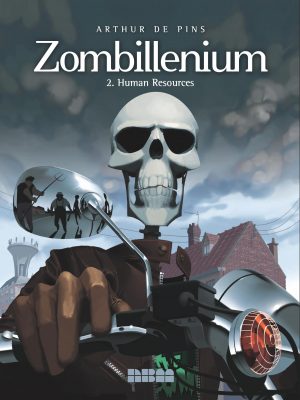 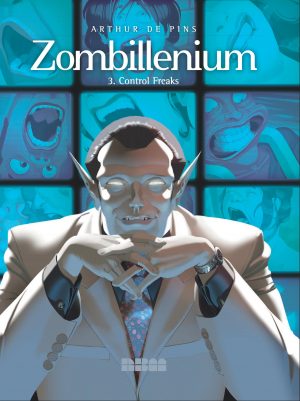 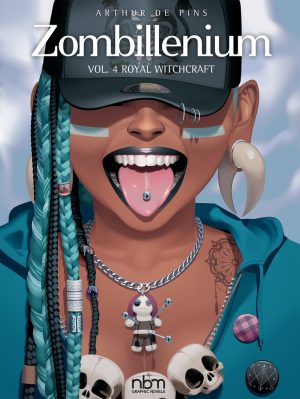