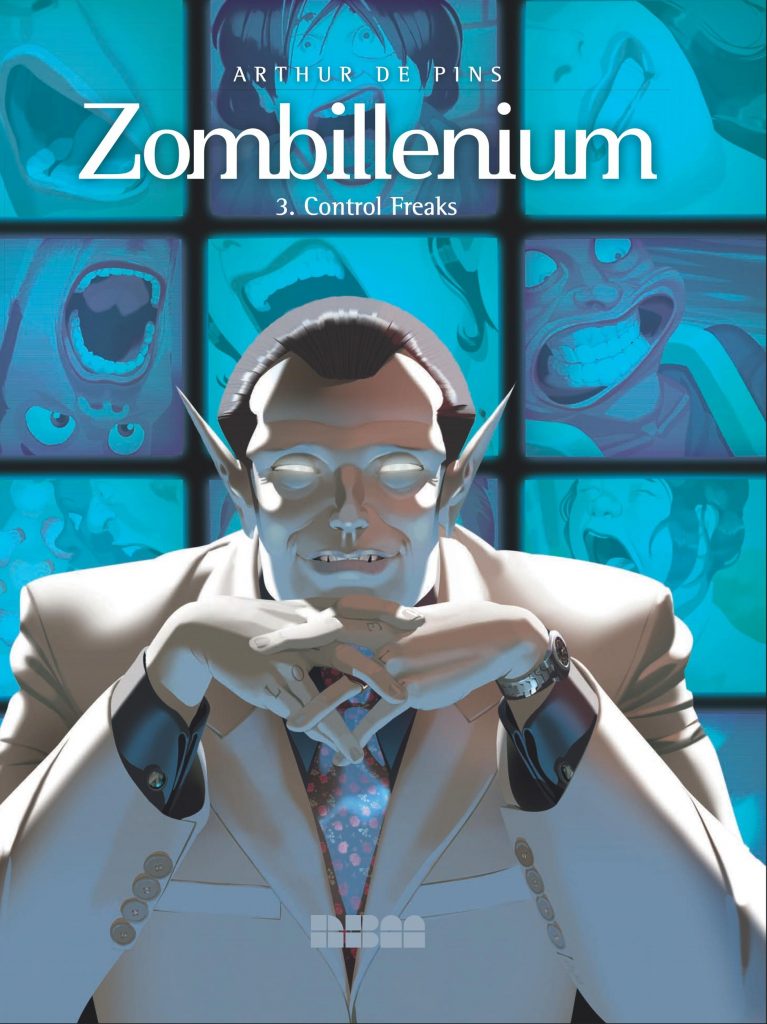 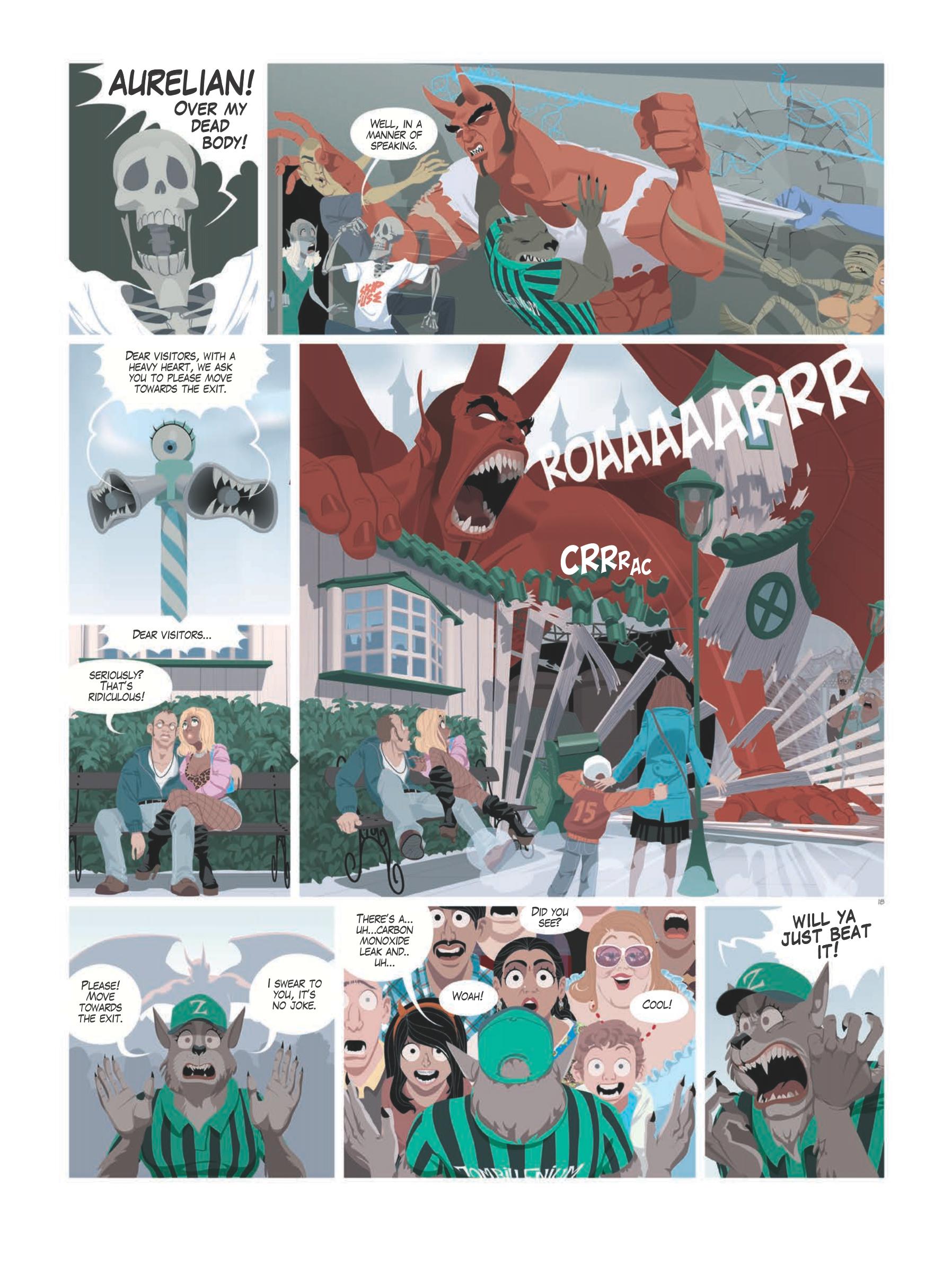 As a horror theme park run by actual monsters, Zombillenium has been ticking along nicely, so it comes as a surprise when a new consultant, one Mr Jaggar arrives to observe and offer suggestions. That’s him on the cover, and a formidable reputation for callous disregard for anyone’s wellbeing precedes him.

There’s been a skilled Munsters style vibe since the start of the series, and this enables creator Arthur de Pins to slip in some other commentary among his comedy plots. Given the circumstances it’s no surprise that business culture comes under scrutiny as de Pins offers the purpose of the park, and why some authority figures consider its not fulfilling its purpose. It’s quite the dark intrusion into what’s so far been a very light-hearted series give or take the occasional off-panel atrocity.

De Pins has refined his comedy techniques still further, and as always Zombellenium has the mood of a cinema sit-com. It’s exemplified by a great scene of two park employees arguing in front of a roller coaster car packed with members of the public, offering comment and ridiculous advice as the scene plays out. This isn’t the only example of fine staging.

Having been slightly sidelined in the previous Human Resources, Aurelian and Gretchen here return to the centre stage, instrumental in both providing the reader identification figures and in moving the plot forward. At a stroke de Pins has removed a substantial amount of the baggage around them, and instead of shredding the mystique encouraging us to future volumes, they’re stronger characters as a result.

Part of the reason de Pins is so good is because he’s applying techniques learned via his primary career as an animator, which is on display not only in the beautifully composed art, but also in the finely paced storytelling. Unfortunately for graphic novel readers, de Pins returned to animation to direct the movie version of Zombiellenium, released, in Europe at least, in 2017 to almost universally good reviews. As of writing, an English language release is unscheduled and there have been no further graphic novels in France since this saw print in 2013. Not only is this a shame because they’re really good, but because this volume is the first to present a cliffhanger ending.