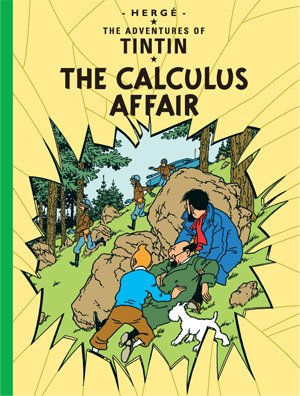 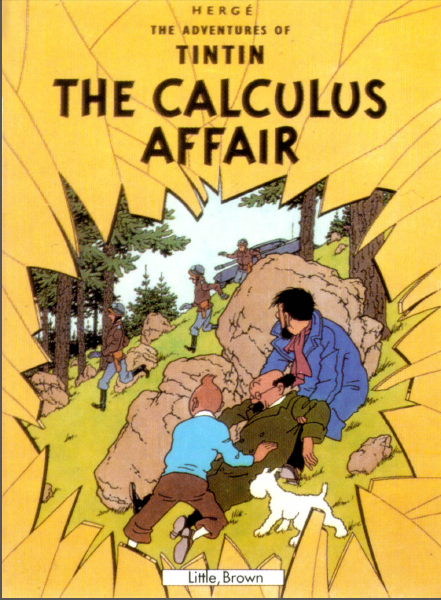 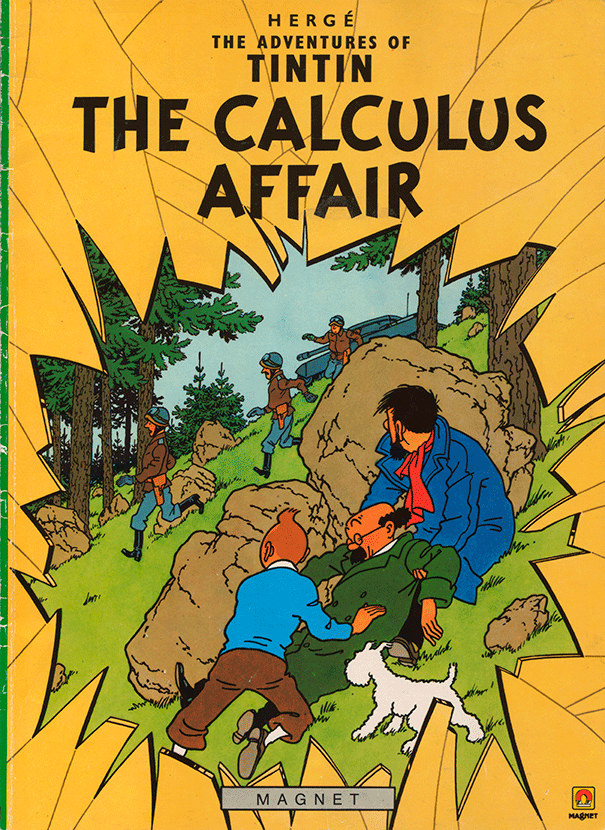 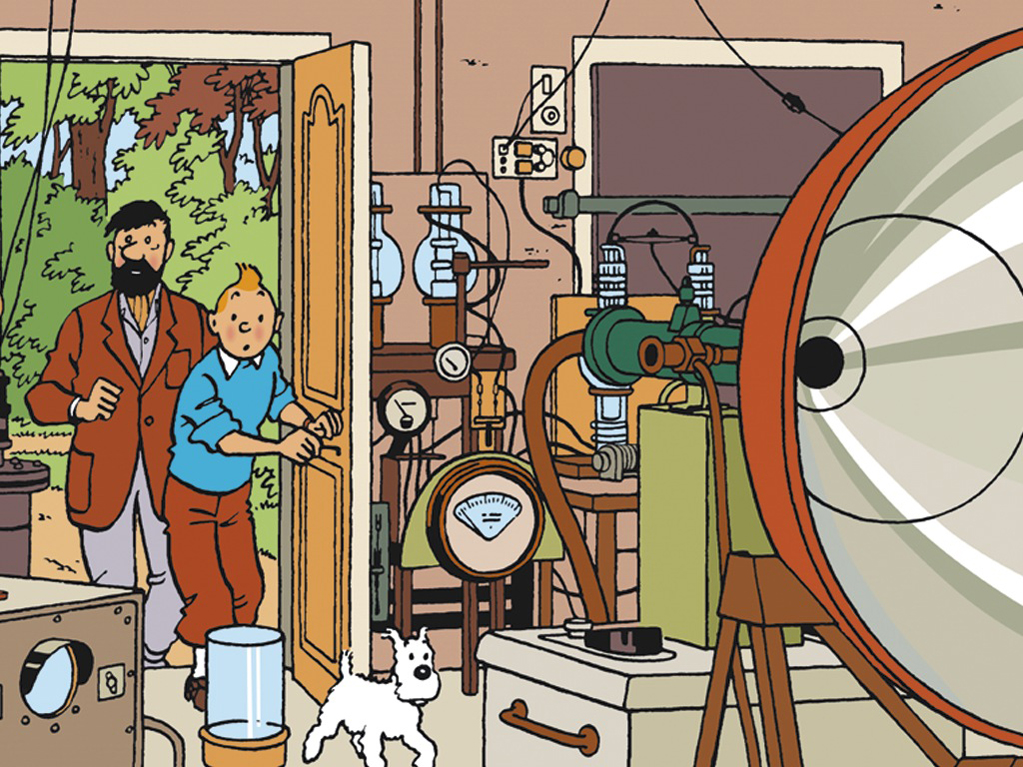 After Tintin’s two-part trip to space in Destination Moon and Explorers on the Moon, Hergé returned to self-contained stories for the remaining half-dozen adventures, beginning with The Calculus Affair. This Cold War-era spy story pits the fictional nations of Borduria and Syldavia (both originally introduced in King Ottokar’s Sceptre) against each other as they attempt to kidnap Professor Cuthbert Calculus, inventor of an ultrasonic super-weapon, and Tintin’s close friend.

This was the first book for which Hergé actually carried out research in person, travelling to Geneva with a camera and sketchbook to ensure as much accuracy as possible. In the past he’d used references in a much more pick ‘n’ mix style, here he was spot-on in almost every detail and his visit would ensure a degree of realism unusual even for a Tintin book. Calculus’ weapon, perhaps the most out-there element in the story, was also based on a real device that the Germans had unsuccessfully tried to develop during World War II.

This adventure introduces a couple of noteworthy additions to the Tintin family. The first is Colonel Sponsz, a replacement for the recently deceased Colonel Boris. Sponsz was based in part on Hergé’s brother, Paul Remi, who was actually the original inspiration for Tintin. The second is Jolyon Wagg, a remarkably boring and irritating insurance salesman that Hergé obviously took a real shine to as he appears in four of the final five adventures (he’s absent from Tintin in Tibet).

Studios Hergé, well established by this point, allowed Hergé to be extremely ambitious in the execution of this adventure. He also changed his working methods, selecting the best from a selection of sketches and then having that traced onto the artwork. This new practice, and the undoubted talent of his assistants, was to result in one of the finest books of the entire series. In fact, many critics consider it the best book, and with good reason. The story is well paced throughout, cinematic in both style and content, and extremely polished. Although Tintin, Haddock and Snowy travel to both Switzerland and Borduria, this is a straightforward detective story that has few of the travelogue elements of many Tintin books. Hergé chooses instead to concentrate most of his energies on the plot, and the book clearly benefits from this narrower focus and the remarkable amount of experience Hergé and his assistants could bring to this adventure. This really is a masterpiece from the master of the form.

Anyone wishing to read Tintin’s adventures in publication order should try Red Sea Sharks next.