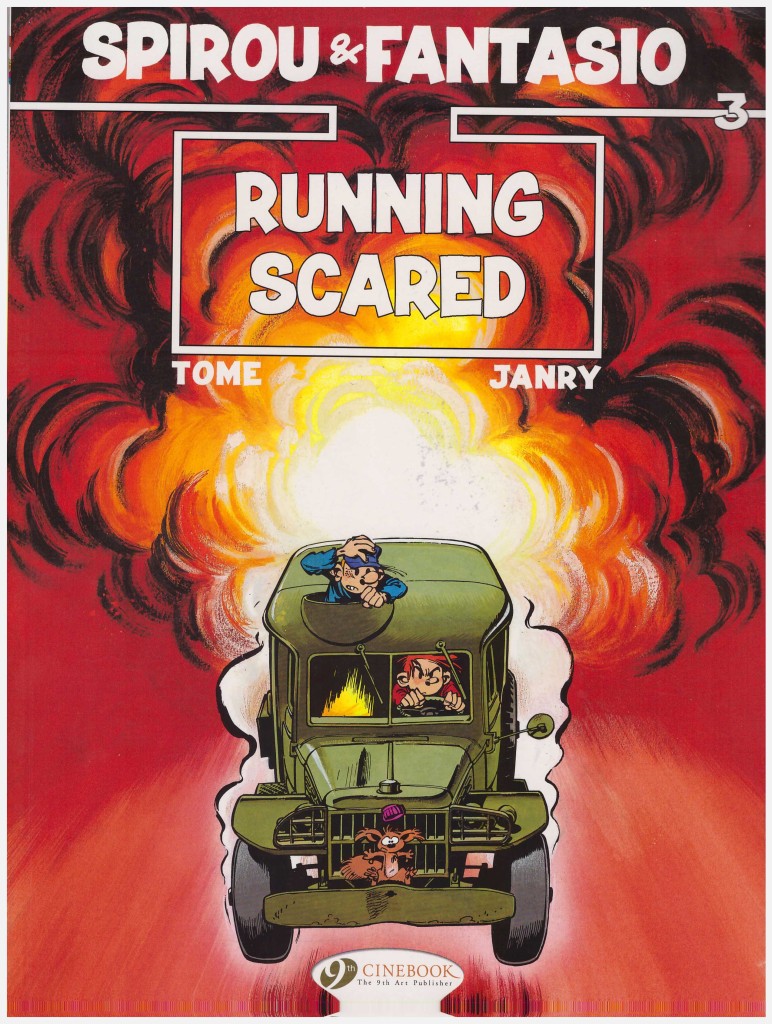 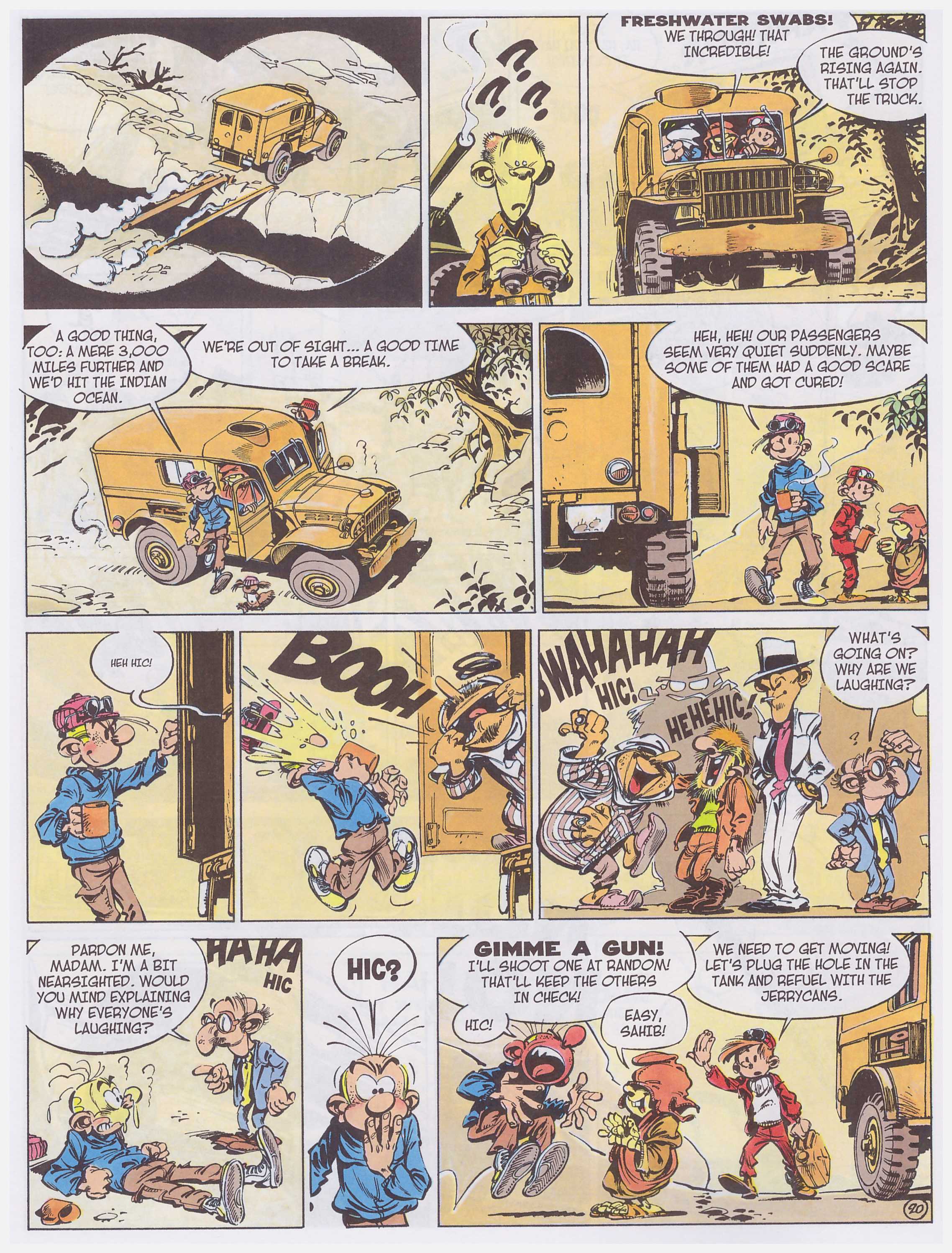 Spirou and Fantasio have a problem. They want to mount an expedition to the Himalayan borders of Nepal to investigate the mysterious disappearance of two explorers in the late 1930s. Recent clues indicate that they may have lived longer than assumed. Frustratingly, Spirou and Fantasio can’t raise the necessary funds. Spirou giving a series of talks about previous adventures has resulted in audiences fainting and leaving, so frightening are the obstacles overcome. Fortunately, attending the final talk is one Dr Placebo, treating patients with seemingly incurable hiccups. Convinced fright is the answer, he’ll fund the expedition, but only if his patients can tag along to have the hiccups scared out of them.

Having set some preposterously impossible circumstances, Tome’s script delivers some brilliant gags as Spirou and Fantasio navigate territory governed with the iron fist of state control. As a measure of how good it is, you could strip out all the gags and what remained would still be a serviceable adventure plot.

Several running gags occur. The guide employed was previously used by Tintin and crew, so constantly exclaims in a manner picked up from Captain Haddock. Having introduced the concept of hiccups, Tome’s sparing in his use, but what he does supply is hilarious, beginning with a hiccuping knife thrower.

Janry’s art is spectacular. The opening three pages are a silent comedy sequence of Spirou running across town adroitly avoiding all kinds of possibly dangerous situations, and Janry’s kinetic extrapolation is deftly cinematic. He’s an all-purpose cartoonist, strong in every respect. Some deliver the magnificent scenery – in this case the Himalayan foothills, but can’t visually characterise the cast. Others lovingly detail every nut and circuit of the technology, but fail to tell the story efficiently or dynamically. Janry is master of all disciplines. It’s also pleasing to note that having supplied some dubious racial caricatures in other Spirou and Fantasio albums, the oriental cast are no more exaggerated than the remainder, although the yellow skin tones should have been modified.

By the end of Running Scared Spriou and Fantasio have survived several life-threatening situations, the hiccups continue, there have been several ridiculous surprises and everything is very nicely set-up for the conclusion in Valley of the Exiles.

With long running series it’s all too easy to benchmark the series creators or the person who really established the characters and claim all successors fall short of those standards. Based on what’s been translated into English so far, Tome and Janry generally match the work of André Franquin, and at their best, like here, they considerably exceed it.