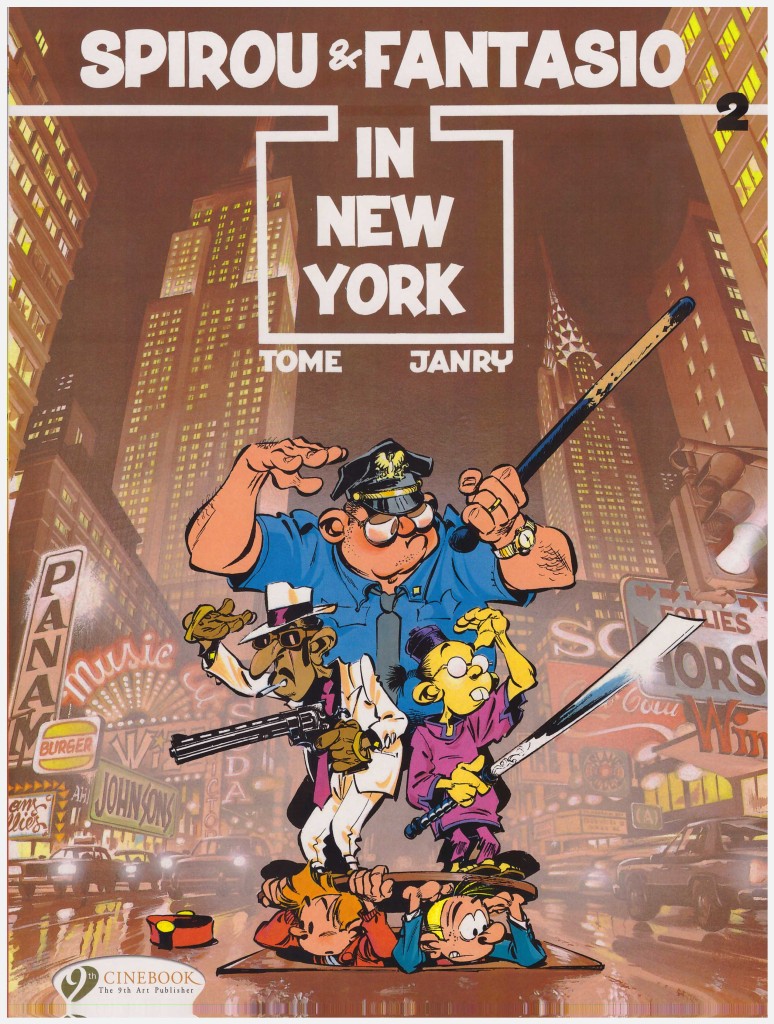 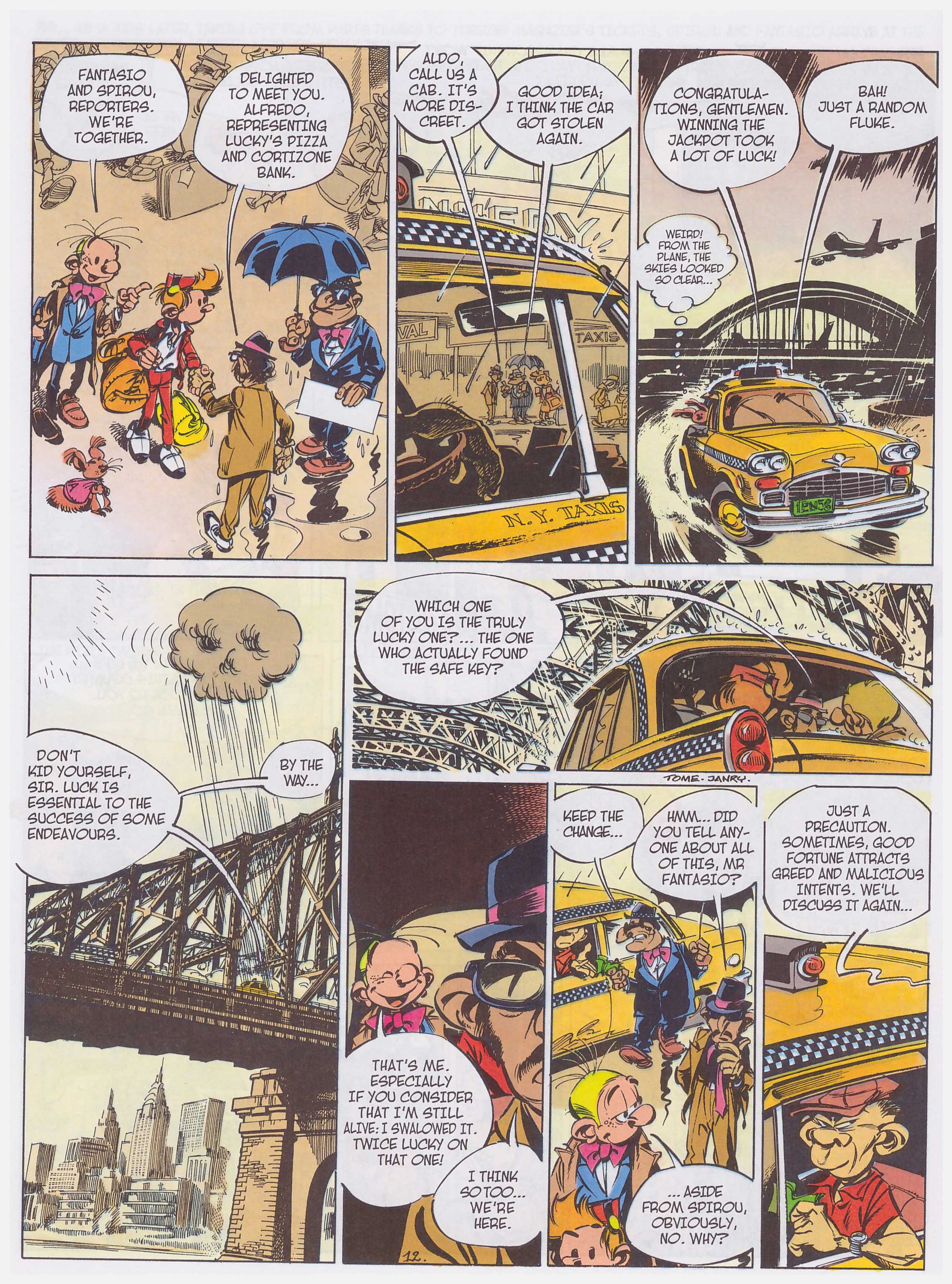 The 39th Spirou & Fantasio album in total, this 1987 book is seventh by the creative team of Tome and Janry. Philippe Vandevelde and Jean-Richard Geurts have really hit their stride by this point, and are producing material every bit the equal of what’s considered the feature’s 1950s-1960s golden era.

We’re introduced to the Don Vito Cortizone, a Mafia don known as ‘Lucky’ despite all appearances to the contrary. It’s a good running joke that whatever can go wrong will go wrong for Don Cortizone, as his criminal empire is being assailed by a Chinese gang led by a mysterious masked man known as the Mandarin.

Spirou and Fantasio are caught up in this as they’re perceived as lucky, despite being so broke they can barely afford to buy a frozen pizza between them. The pizza they buy, though, is from Don Cortizone’s business and contains a golden key, on which Fantasio nearly chokes, winning them a million dollars. As it’s a Mafia run competition it’s a scam, but entices our heroes to New York where pressure applied ensures they help Don Cortizone with his plans.

The gags are plentiful, well set-up and pay off in spades, and the cartooning is brilliant, detailed, expressive and hilarious. Janry heads beyond the call of duty in bringing New York to life, packing the backgrounds of his panels with visual jokes, amid a frantic, all-action style. A reason for Don Cortizone’s poor fortune is worked into the story, continues throughout, and is given some great visual symbolism. The creators obviously love their new characters, as despite it being their book Spirou and Fantasio are very much the passive cast here, often absent for pages at a time. They’re not missed as what’s presented instead is hilarious.

Some European material has a lack of sensitivity when it comes to offensive racial stereotyping, and the otherwise excellent cover would indicate that’s the case here. Why is the shorthand cartooning for Chinese prominent teeth and short-sightedness? And why would it still be the case in 1987? The caricature on the cover, though, isn’t representative of the internal content, which is more sensitively handled, with other cast members all exaggerated in cartoon fashion, and with one exception the Chinese community has no more or less dignity than other ethnicities.