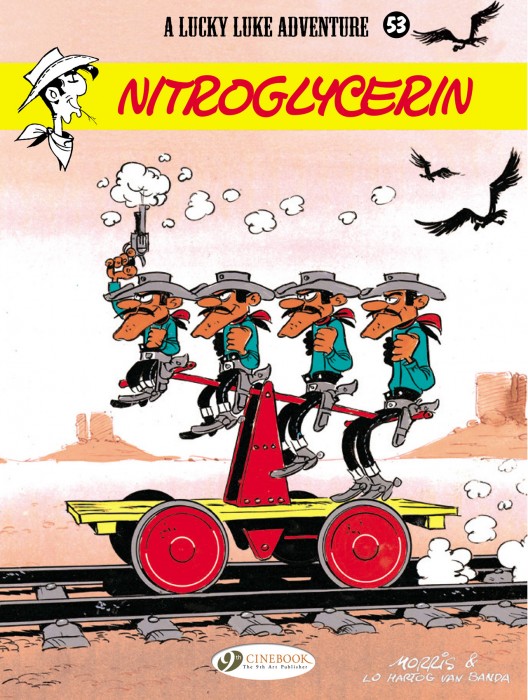 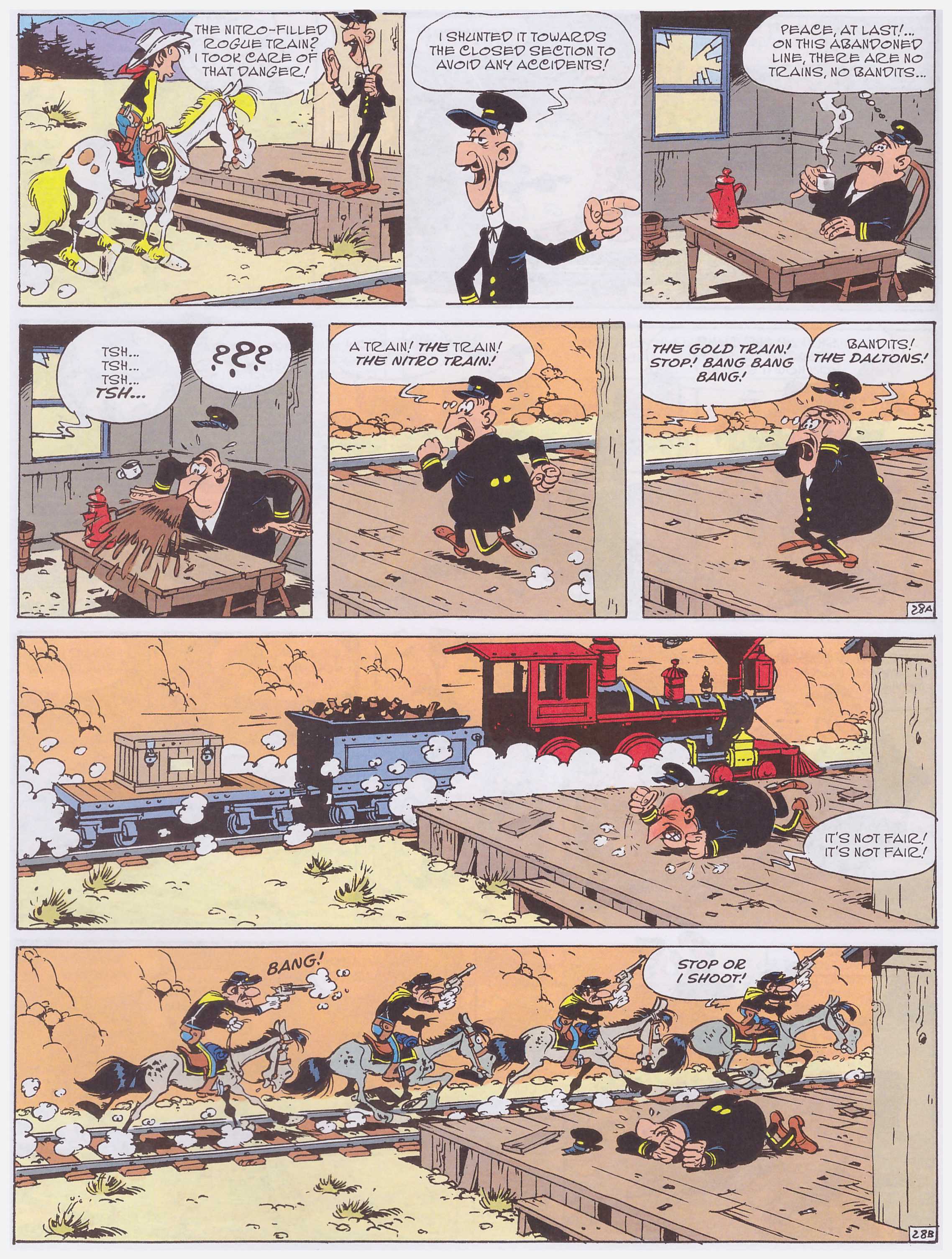 Against all the odds, with no involvement from René Goscinny, Nitroglycerin ranks among the finest Lucky Luke books. It’s a meticulously plotted farce, the main portion of which occurs over a relatively brief timespan, and which throws out constant surprises. It’s difficult to imagine that this worked very pleasingly when originally serialised in weekly instalments, but as a single volume it’s excellent. Sequences from Buster Keaton’s The General were presumably the inspiration for the plot, but these have been gloriously re-modelled for comics to produce equally sustained hilarity.

Morris’ tidy cartooning is standard on every Lucky Luke book, so the wonder lies in his collaborator Lo Hartog Van Banda, the veteran Dutch writer. On the face of it Van Banda’s recipe appears simple: take Luke and his horse Jolly Jumper, four Daltons, one undertaker and his carriage, three Union Pacific employees, one exasperated station master and three Central Pacific employees. Then add one train with a highly volatile case of nitroglycerin strapped to a flat board carriage.

From these ingredients Van Banda cooks up a superb comedy, the tension sustained by the knowledge that the nitroglycerin will at some stage surely detonate. One set of railroad employees is determined to prevent this as they need the substance for their construction work. Their rivals want to see it gone to prevent that work. The Daltons think they’ve stumbled across a crate of gold being shipped to a place named Nitro, while the undertaker at first seems a throwaway gag, but has a later part to play.

Van Banda switches the advantage from one to the other, continually postponing disaster at the brink, with Luke, on the side of the angels, caught in the middle as the train journeys back and forth on a limited section of track. Those not controlling it at the time are chasing after it, on foot, horse, carriage or by manually powered handcar. Bullets fly perilously close to the explosive crate, and the eventual resolution is a smart variation on the way Goscinny wrapped up his plots.

Adding to the enjoyment is the strong character of Captain Red Buff, cargo steamer commander, Central Pacific employee and irascible old sea dog in the manner of Tintin’s Captain Haddock. An extra level of delight is provided by his perpetually insulting parrot.

Given the quality of this book it’s almost tragic that Van Banda only wrote three Lucky Luke stories. Fingers is almost as good, while Ghost Hunt has yet to be translated into English.