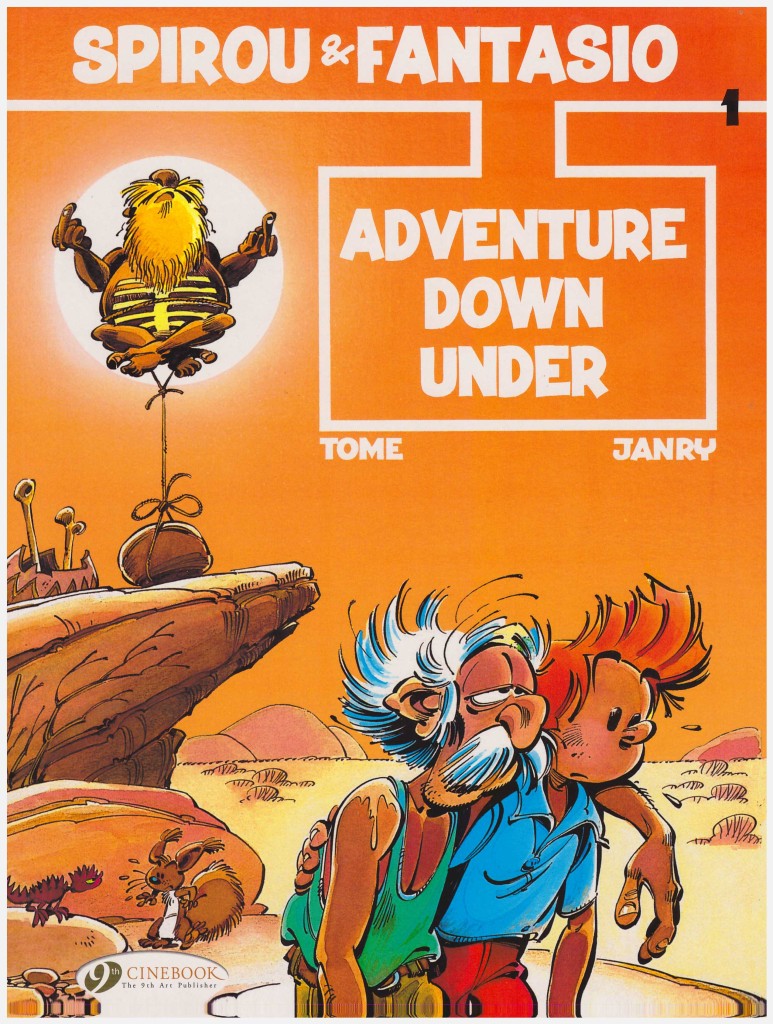 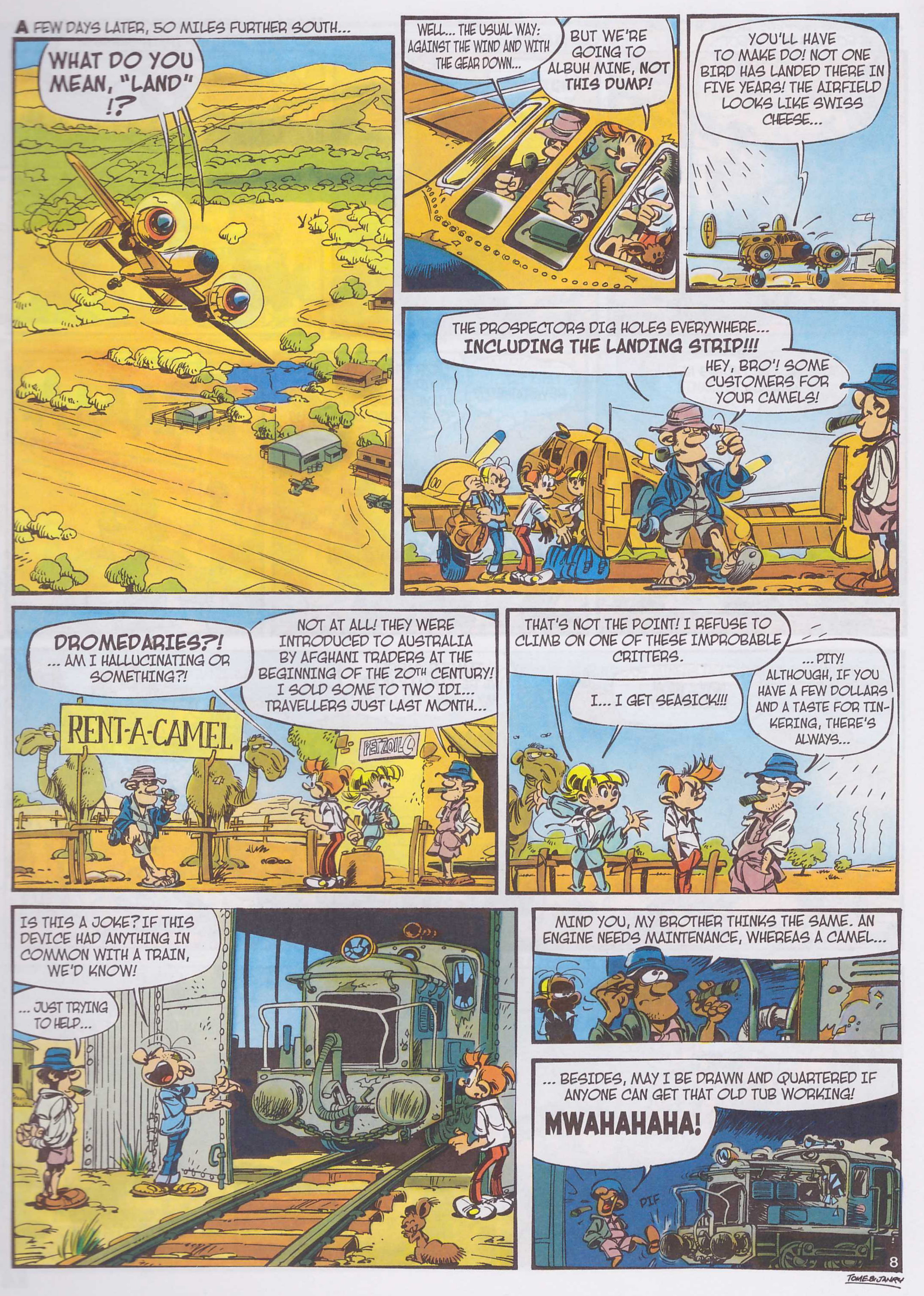 Although this is the first volume issued by Cinebook, Spirou and Fantasio have a long history of European publication dating back to the 1950s. Spirou is the plucky office boy after whom a comic was named, and Fanatsio a not always glorious reporter. They’re usually accompanied by Spip, Fantasio’s pet squirrel, and occasionally by Cellophine, an ambitious and plucky rival reporter. Creative team Tome (Philippe Vandervelde) and Janry (Jean-Richard Geurts) took over the feature in the 1980s, and are generally considered to have revived an ailing franchise.

Spirou and Fantasio’s adventures were very much modelled on Tintin, also featuring global adventure and drawn in the shadow-free ligne claire style, but have never quite matched Tintin’s depth of plot and comedy. Comparing anything against the peak of the genre does it no favours, though, and Spirou and Fantasio has never had to cope with the expectation of being anything more than an entertaining series for children.

Spirou, Fantasio and Cellophine’s trip to Australia is necessitated by the visit of their friend the Count of Champignac to a remote opal mining area there in search of rare treasure. Those familiar with the series will know the Count’s idea of a desirable item differs from that of most people, and it’s a secret deliberately concealed. Suffice to say, there’s skullduggery afoot, and those perpetrating it haven’t foreseen the persistence of our intrepid visitors.

Janry’s art still owes much to André Franquin’s interpretations of the characters, considered definitive, but this being the second Spirou and Fantasio book he’s illustrated, he’s moving more into his own style. Either way the cartooning is brilliant, full of life, incident, detail and character. The plot falls a little behind. There are too many convenient or never really explained moments, a character switching allegiance, or the reason Champignac wants Spirou and Fantasio to accompany them, while Cellophine has no purpose beyond the opening pages. An element that does work and amuse is the eccentric mystical methods of old Aborigine, which have no logical basis.

Cinebook’s reprinting jumps a few books, as their next album, Spirou and Fantasio in New York, is Janry and Tome’s seventh collaboration. There’s no real reason to follow the series chronologically, but those wishing to should read Virus before this. The following Tome and Janry album is Who Will Stop Cyanide?