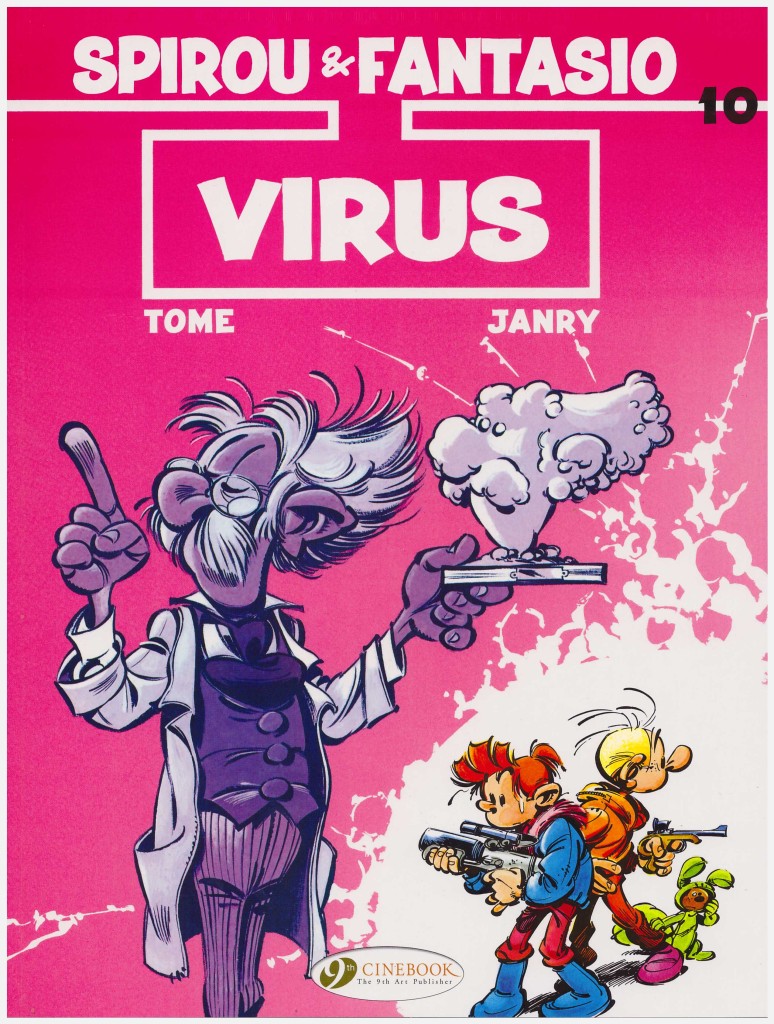 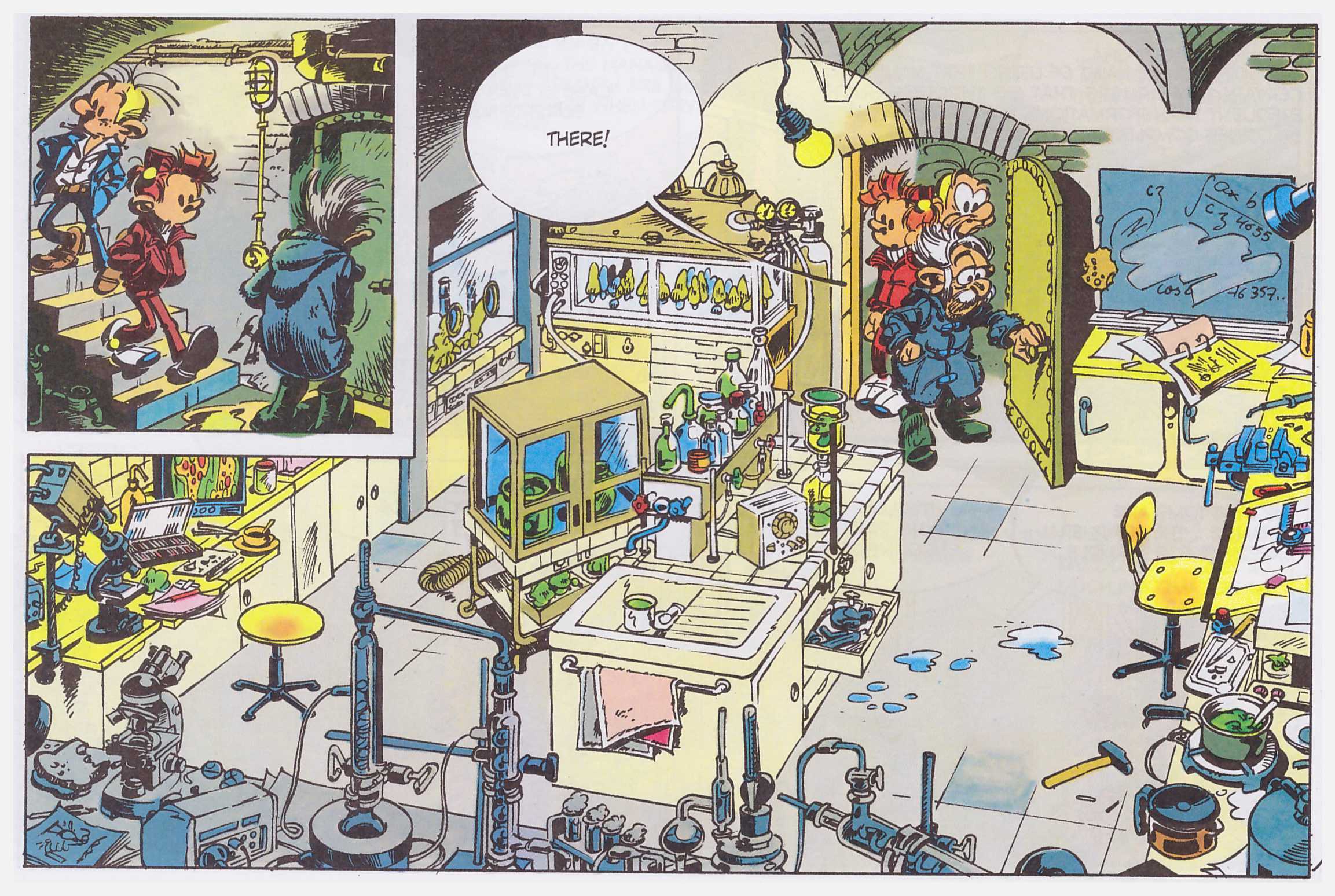 By the time Tome and Janry produced Virus in 1984 it very much seemed as if the much-loved and long-lived Spirou & Fantasio was on the verge of expiry after 35 years. The man most previously associated with the feature, André Franquin, ran out of steam in the early 1960s, only reluctantly producing two later books, and his 1970s and 1980s successors tinkered too much with the formula.

Tome and Janry not only stopped the rot, but from their first adventure re-established the characters as fit for purpose. It was some achievement, although both writer and artist were major fans of Franquin’s work, with which they’d grown up. Their fourteen books, beginning with Virus, match Franquin’s quality without providing slavish imitation, although here Janry’s art owes a greater debt to his predecessor than later work.

Tome is the alias of Belgian writer Philippe Vandervelde, and his plot sees Fantasio back to reporting, skulking around the docks attempting to discover just why a ship recently returned from the Antarctic is cordoned off and quarantined. Since Franquin’s day Spirou & Fantasio‘s plots were able to involve a little more in the way of real-world events, while keeping farce high on the agenda, so our heroes are soon investigating a secret laboratory in the Antarctic. This is the repository for all kinds of germs with the potential to wipe out humanity. As dark as that may seem, it’s merely a comment on our distressing tendencies, and the springboard for the plot rather than any all-encompassing diatribe. It’s also mixed with the fantasy elements that always abound when mycologist the Count of Champignac is involved. It’s a strength of the plot that if all comic and fantastic elements were removed, it would remain a serviceable thriller.

Jean-Richard Geurts is the artist behind the Janry alias, and while Franquin’s style has been phenomenally influential in Franco-Belgian comics, few have mimicked it as successfully. Yet there are already signs of how Janry’s art would develop. Spirou’s eccentric squared-off hair is emphasised a little more than when drawn by Franquin, characters have corneas around their eyes more frequently.

Tome and Janry began well, and improved with practice. Their next book Adventure Down Under was the first in Cinebook’s welcome series of English language reprints.