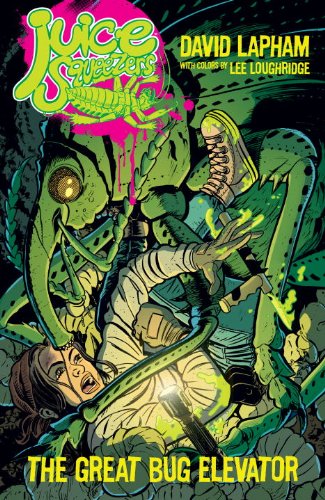 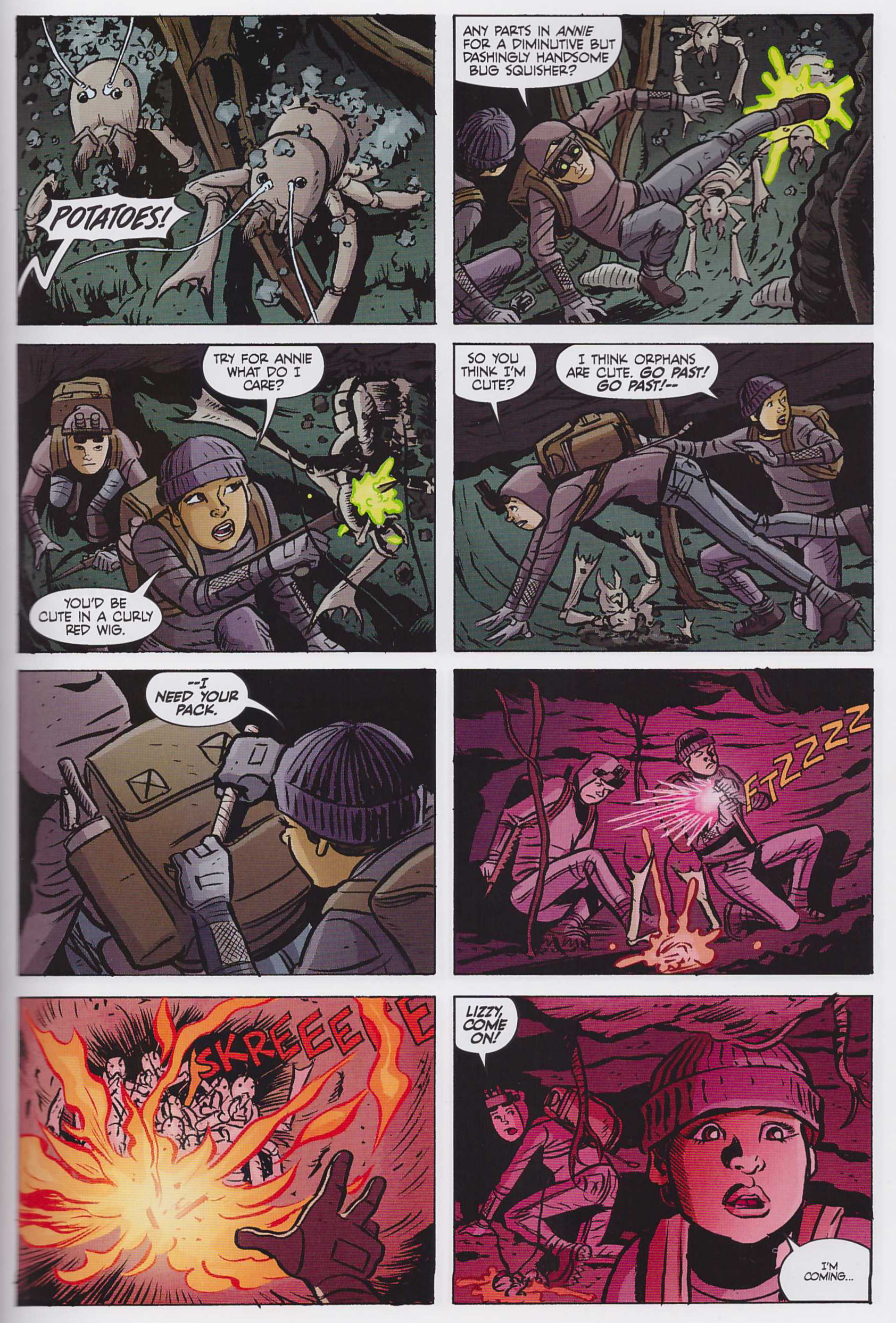 It’s a comparison not made on the back cover blurb, but think Buffy the Vampire Slayer with the cast around five years younger and the sole threat being vastly overgrown insects.

This is in the rural Californian farming community of Weeville, where fifty years previously there was a giant insect infestation at Valley May Farm. The whole town turned out to battle the insects, suffering losses and injuries, and while the battle was won, it wasn’t decisive. Since then high school age children have been trained to crawl through the tunnels the insects make, deal with any leftovers, and provide early warnings if there are signs of massing. They’re trained by previous generations, and are hidden in plain sight within the school as the basket-weaving club.

David Lapham constructs an appealingly good-natured and spirited cast, and a viable scenario within which they operate. His gang of kids is light on girls, but the guys liking Lizzy, in a sort of not quite understanding why way, because, heck she’s a girl after all, cleverly expands into a pivotal plot element. That’s after Valley May Farm is sold, and Billy arrives in town, bringing with him both an incredible talent for engineering and the perspective of the outsider.

Juice Squeezers is a thrill for the younger readers without scaring them too much, providing an insect hierarchy and a few interesting problems that are well tied up. Juice Squeezers never caught on, so the couple of outstanding revelations Lapham was saving for future material are left hanging, but he’s not plotting to conceal greatly, so most kids should be able to come up with the answers.

Used copies of Juice Squeezers are really cheap, and while it deserved better, this provides a bargain surprise for the kids in your household.