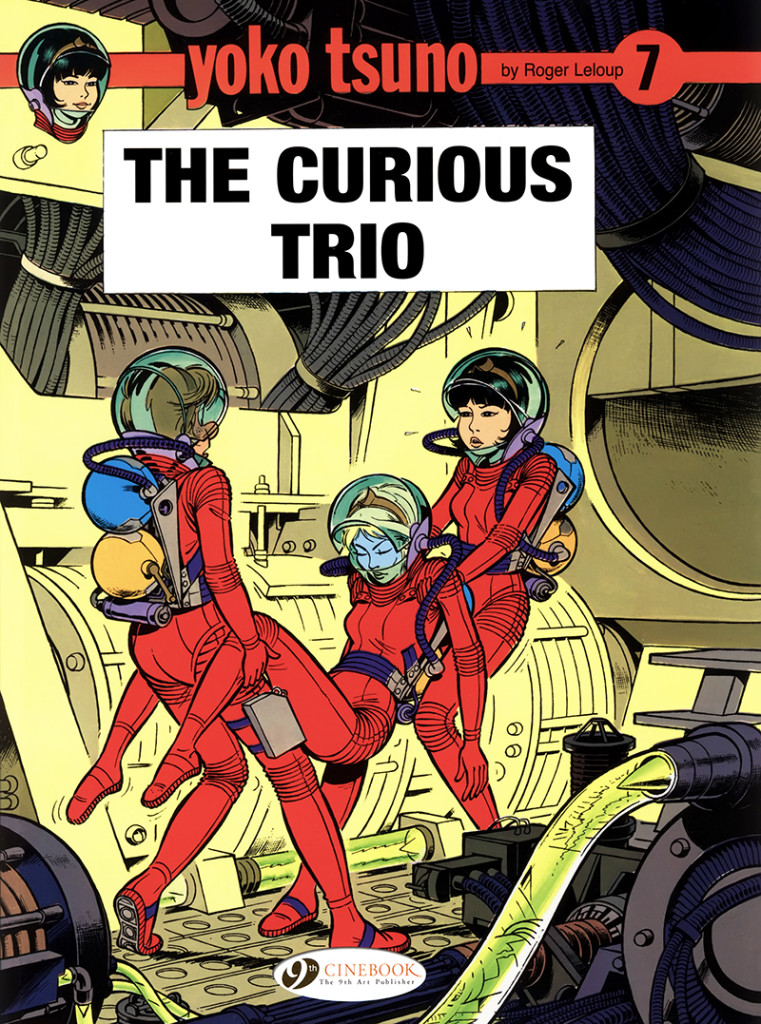 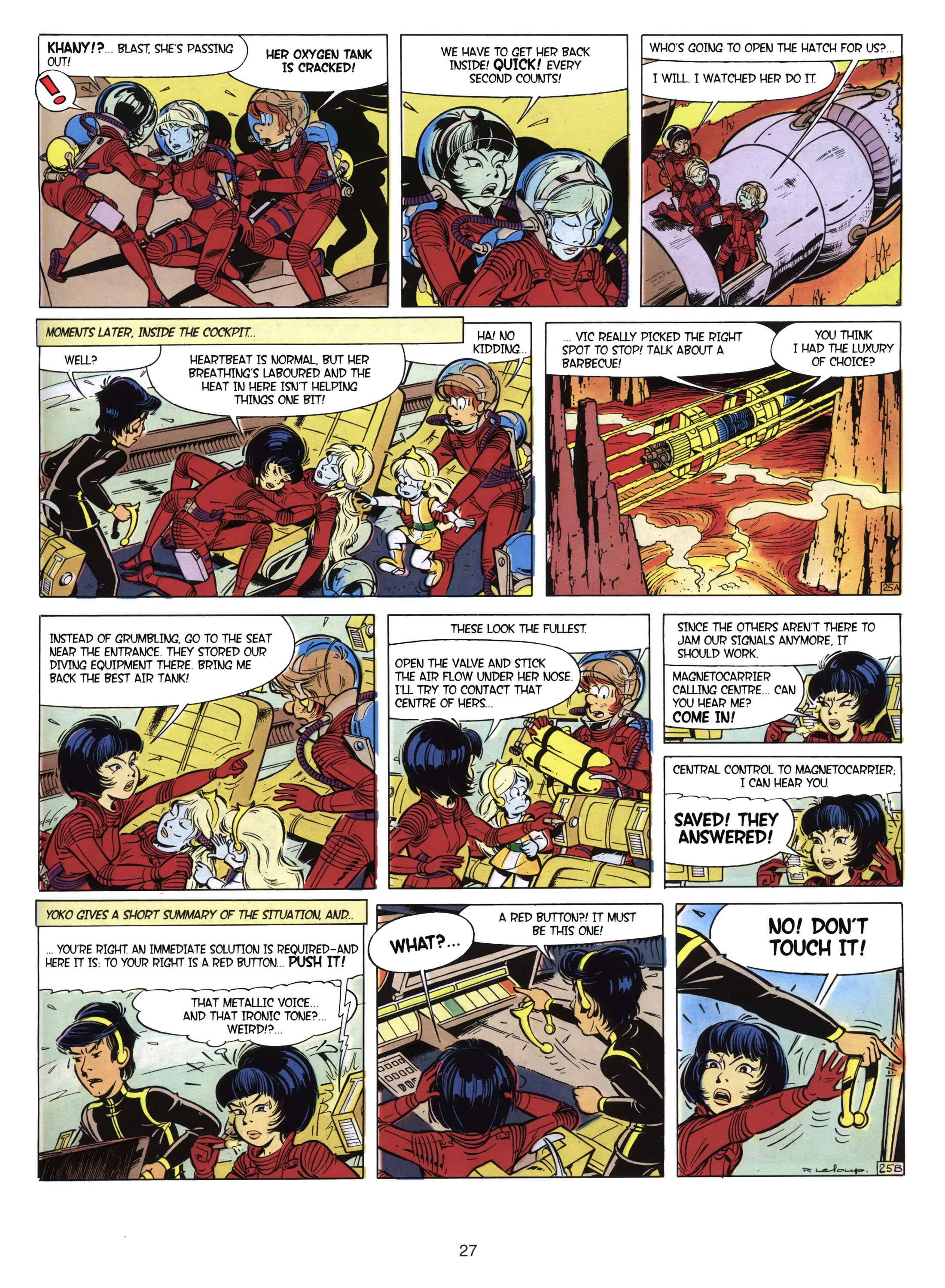 The Curious Trio is the seventh Yoko Tsuno adventure to be translated by Cinebook, but this is actually the very first story by Roger Leloup, Le trio de l’étrange, originally published in 1972 after being serialised in Spirou magazine. The first three Yoko Tsuno adventures look and feel radically different from the later books in the series, written and drawn in a much cartoonier style. Yoko is almost unrecognisable, sporting a big bouffant 1960s hairstyle and red go-go boots. The exaggerated expressions and more caricatured personalities in these early strips, mixing broad slapstick humour with dramatic action are similar to André Franquin who influenced many of the artists that worked for Spirou.

The series begins by introducing Vic Van Steen, a television director at the National Television Company. His friend Pol Paris is one of the main cameramen on the show Vic directs. On their way home after work, they spot a woman breaking into an office building, and when they try to intervene they discover the mysterious woman is no burglar, but a specialist hired to test the security system. Later, over drinks at Vic’s house, the young woman introduces herself as electronics engineer Yoko Tsuno and Vic offers her a job on a TV series he’s making about unexplored underwater caves. While filming deep underground, the trio accidentally find the secret hiding place of a colony of blue-skinned aliens who came to Earth thousands of years ago, after their distant planet Vinea was destroyed. The arrival of the three humans isn’t welcomed by all of the Vineans and in fighting for their lives against sophisticated alien technology, the three fall into what will become the standard pattern for the series with Yoko the fearless, quick-thinking leader, Vic the capable and sensible member of the team, and Pol the boisterous and unpredictable comic relief.

The Curious Trio unfolds like an updated Jules Verne quest, with lots of action and jeopardy to enthral young readers and a very dynamic heroine for them to root for. In later books Leloup drops the comedy elements to write more straightforward action-adventure, and changes his drawing to a more ‘heroic’ style closer to artists like Jacques Martin (who he assisted on his Alix series and later on Lefranc). Readers buying these books in the order that Cinebook is reprinting them might be a little confused by the stylistic changes and a Yoko who looks older here than she does in On the Edge of Life, seven books later, but at least now they’ll know just what it is that Vic and Pol actually do for a living. There’s a slightly lower-key adventure in the next book in this series, The Devil’s Organ.