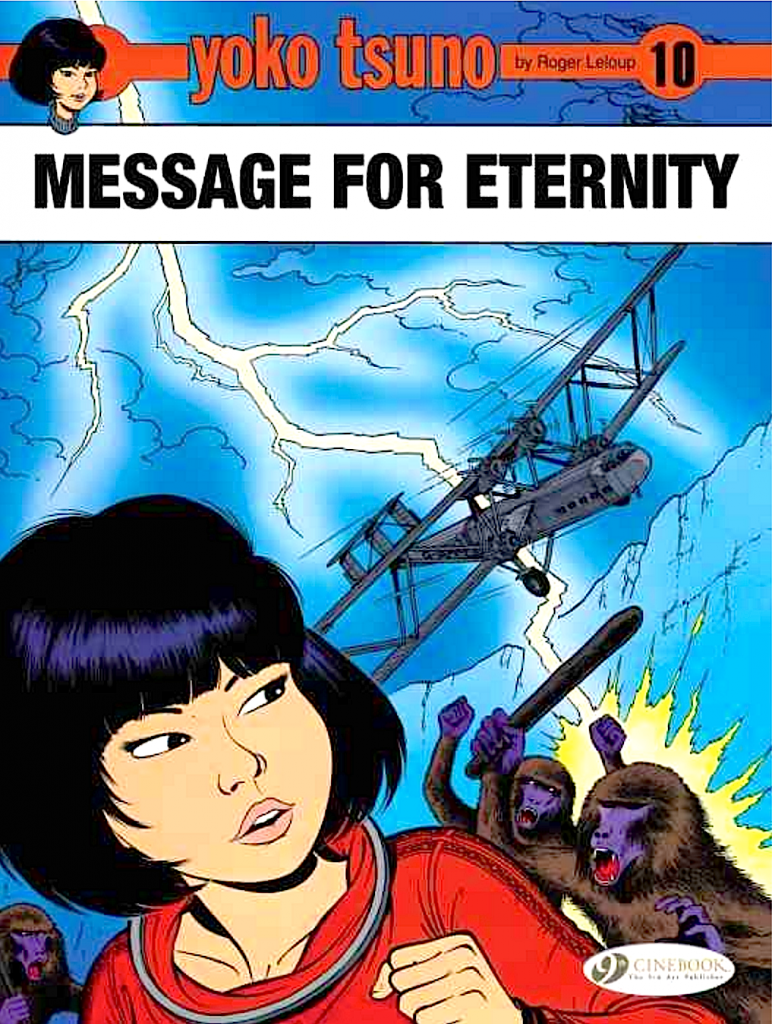 Message for Eternity is the tenth album of Roger Leloup’s Yoko Tsuno to be translated by Cinebook, but the fifth in the series, originally published as Message pour l’éternité in 1975. Every Yoko Tsuno adventure involves science-fiction elements, advanced technology and some detective work in spectacular locations, with Yoko herself a great action hero for young readers to follow. She’s always decisive, never daunted by seemingly impossible odds and quick-thinking enough to improvise in tricky situations when the men around her (usually her two friends Pol and Vic) are panicking.

The Yoko Tsuno stories usually alternate their themes from one book to the next, with a science fiction extravaganza followed by a smaller-scale detective mystery, but Message for Eternity is a mixture of both. It starts off appearing to be straightforward adventure as we see Yoko piloting her glider over the French countryside. A forced landing near a highly specialised communications dish leads to her being given an intriguing assignment that will take her to the other side of the world, on a reconnaissance mission. Arriving at her destination, an unfortunate geographic feature finds Yoko trapped at the bottom of a very deep valley in the mountains with no way to get her glider up into the air again – and she’s being observed by a mysterious and scary presence. How will she get out?

Yoko is alone for almost the entire length of this adventure, after all there’s only room for one in her glider. Apart from there being almost no jokey moments, we don’t really miss her two regular companions all that much. There are a couple of weird touches toward the end that might give young readers a surprise, but it’s all kept under control by Leloup and this is another typically efficient entry in the series.