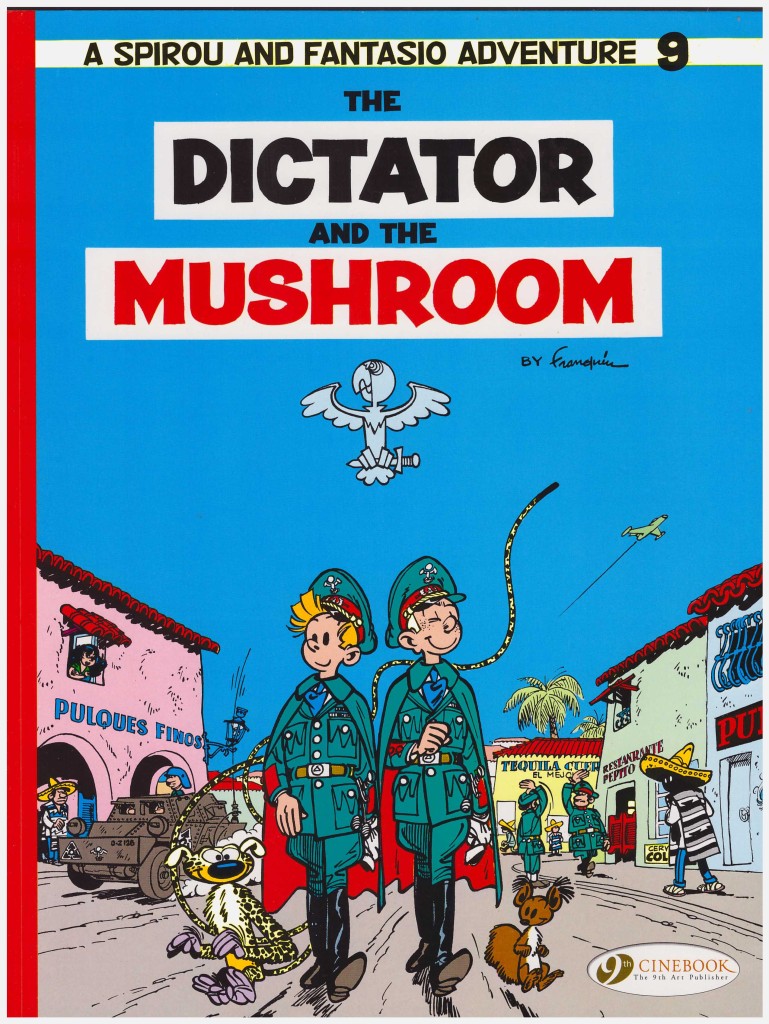 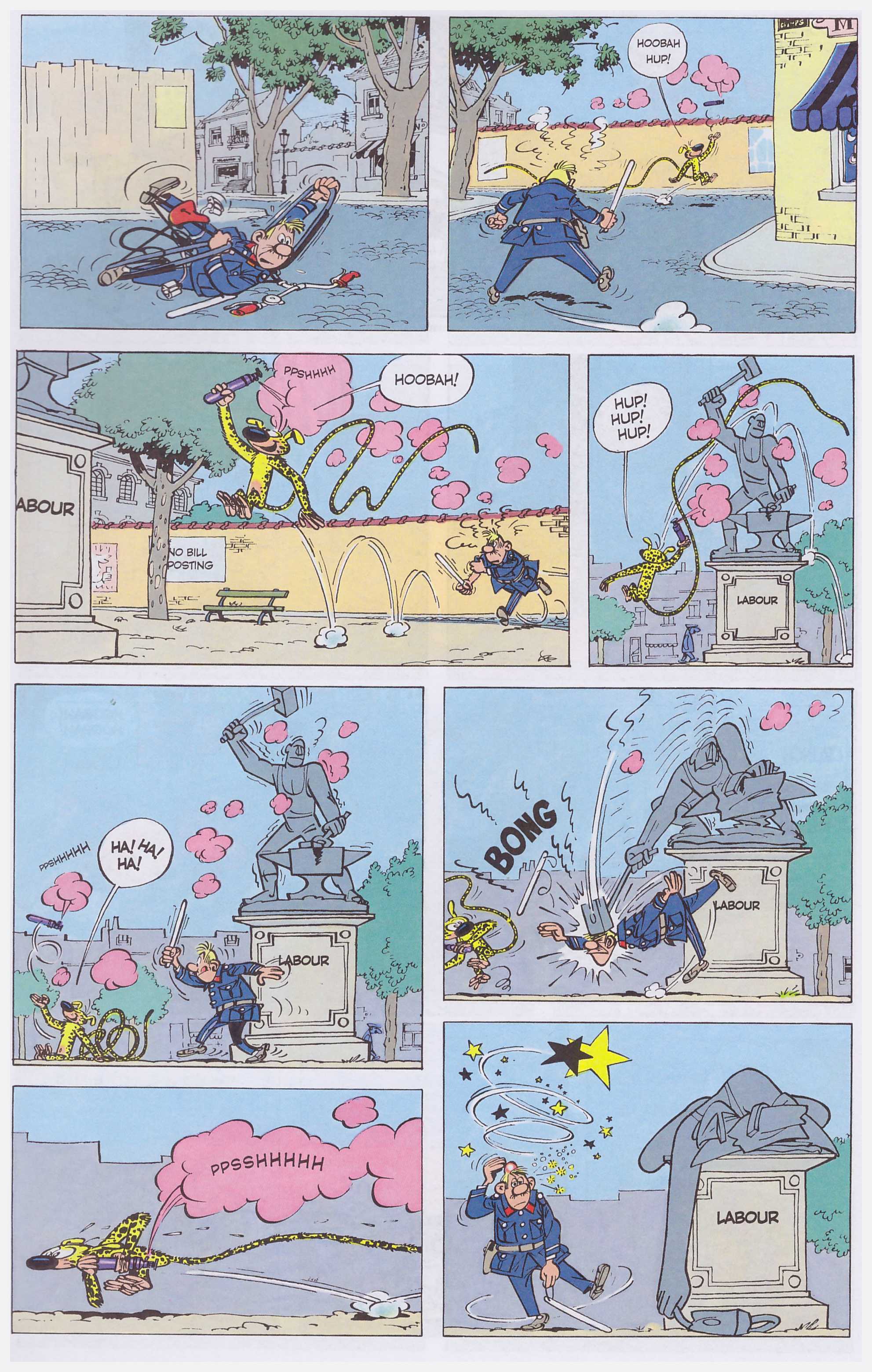 How could anyone resist that wacky title? You’re really left puzzling how the bizarre combination might reel out as a plot.

The Dictator and the Mushroom was originally serialised in 1953, and in chronological order, this is the seventh book length Spirou and Fantasio adventure, released in France as an album in 1956. It’s a quantum leap above the preceding The Rhinoceros’ Horn in terms of quality. While there has never been any doubt about the genius of André Franquin’s cartooning, the plots of his early books left something to be desired. Here he pulls together several characters from those adventures for a narrative that gels from start to finish, while still having the room for the type of extended slapstick gag sequence at which Franquin excelled.

That opens the story, as the Marsupiami returns, Franquin already well aware of the comic potential of this intelligent, yet child-like creature and its extraordinary long tail. It’s been left in the care of wacky inventor the Count of Champignac (introduced in Franquin’s second Spirou and Fantasio, as yet unavailable in English). A running joke throughout the series is the Count’s scientific tinkering involving mushroom-based inventions, and here he distils the essence of a particular mushroom into a mist that instantly reduces the firmness of any metal. Marsupilami grabs the dispenser and heads off in to town to sow mayhem in a stunningly joyful sequence.

The dictator of the title is Zantafio, introduced in another Franquin album not available in English, Fantasio’s mean-spirited cousin, who’s now worked his way to the dictatorship of a South American country. He’s encountered again as our heroes have determined Marsupilami would be best returned to its native habitat. It’s a decision they almost come to regret as it causes havoc en route.

Franquin strings his plot together well, and there are logical explanations for events such as Spirou and Fantasio being appointed colonels in Zantafio’s army, and the surprise recurrence of a character from The Rhinoceros’ Horn. The illustration is fantastic, with Marsupilami permitting Franquin’s comedic talents to shine over the gag pages.

This is a book aimed at children, so although Franquin slips in his anti-military views in a soft fashion, there’s no great suspense to figuring out the plot, and he doesn’t even attempt narrative sleight of hand by pretending the opening mushroom mist won’t play a later part. The joy is in seeing the madcap elements in play unfurl.

Cinebook are alternating Franquin’s books with the 1980s and 1990s work of Tome and Janry, so the next in the series chronologically is The Wrong Head.