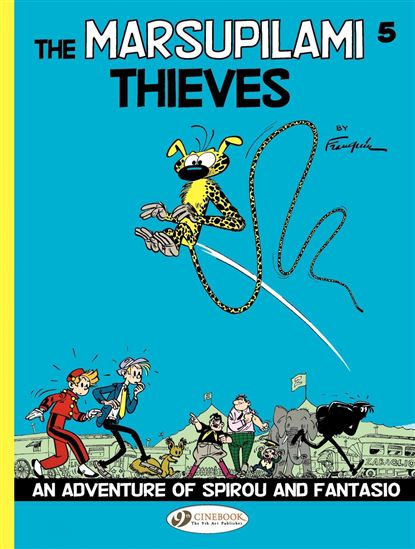 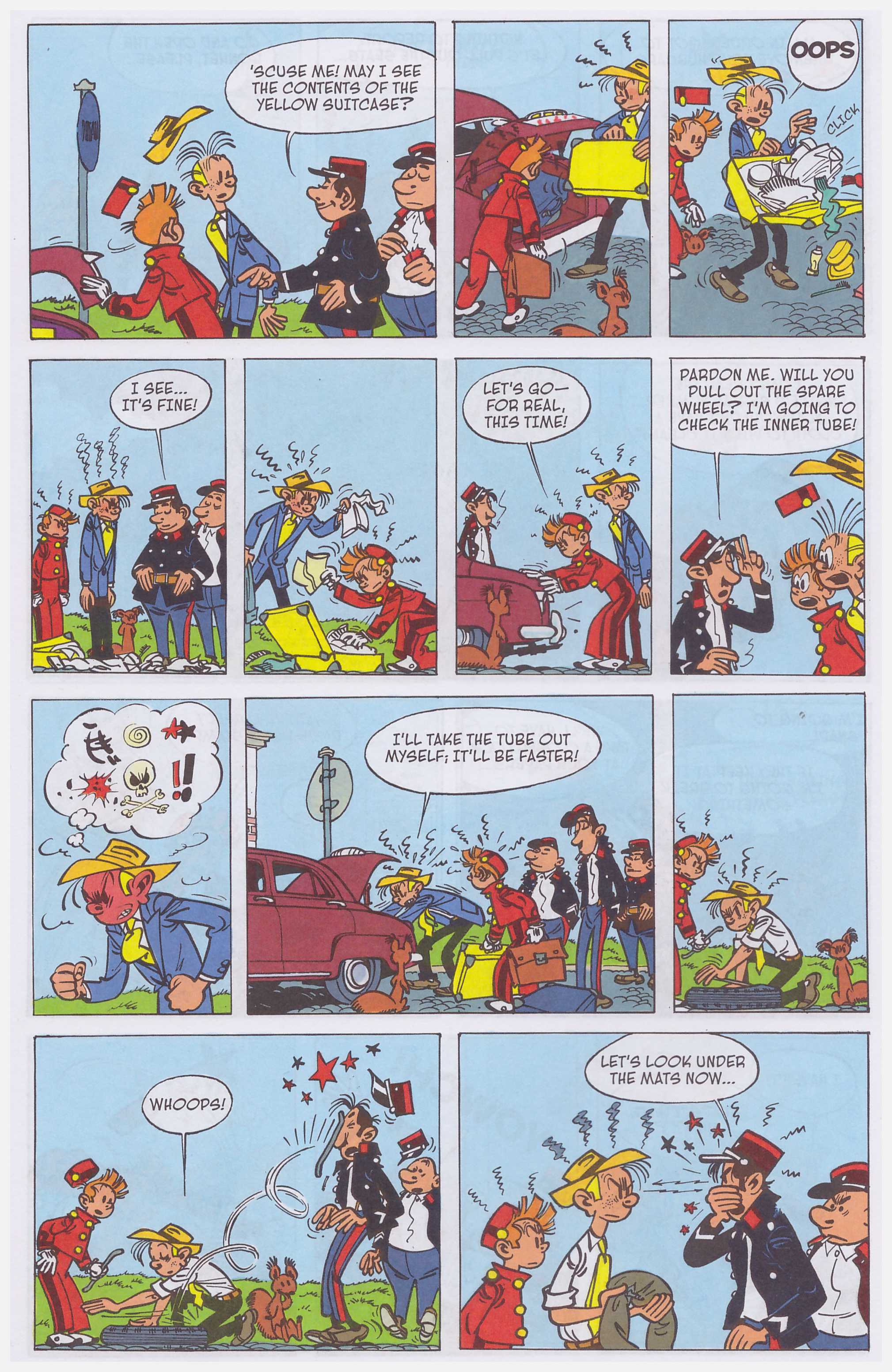 Rather than first publishing André Franquin’s introduction of his Marsupilami character, Cinebook chose to present the almost immediate 1952 sequel to Spirou and the Heirs, pretty well picking up from the end of that previous story.

In that book they befriended a strange yellow and black spotted monkey-like creature with a prodigiously long tail that could be put to numerous uses. Not knowing what to do with the Marsupilami, Spirou and Fantasio donated it to the local zoo, but they visit regularly, and for zoo quarters of the era Marsupilami isn’t treated too badly. Until it apparently dies, that is. Suspecting all is not what it seems when the corpse disappears, Spirou and Fantasio follow a trail that leads them to a foreign circus with a new star performer. Along the way they deal with an exceptional football player, other creatures and overly fussy immigration officials.

As with much of Franquin’s earlier long form Spirou and Fantasio, The Marsupilami Thieves is one long chase sequence punctuated by formulaic gags and the occasional piece of inspiration. A running gag occupying the first third of the book is Spirou and Fantasio constantly delayed in their attempts to track the thief, and thereafter the plot becomes how to carry out a rescue mission at the circus. Their infiltration eventually involves an act that Franquin’s pinched from Tintin and the Land of the Black Gold. It doesn’t work as well here because Franquin’s not yet mastered Herge’s innate sense of comic timing.

The Marsupilami Thieves is beautifully drawn, if not yet quite the full Franquin style, with the characters wonderfully expressive and joyous, and there’s no slacking off when scene-setting backgrounds are required. Street scenes at night, the circus and the zoo are all fully realised. After a final battle Franquin wraps up the story rapidly to move onto the next, The Rhinoceros’ Horn. He obviously loved his Marsupilami character, and included it again in a third successive volume, and in every Spirou and Fantasio he created thereafter.

Although enjoyable, the plot is extended too far over 58 pages. However, it can’t be stressed enough how good the cartooning is, already almost up to Herge’s standards.