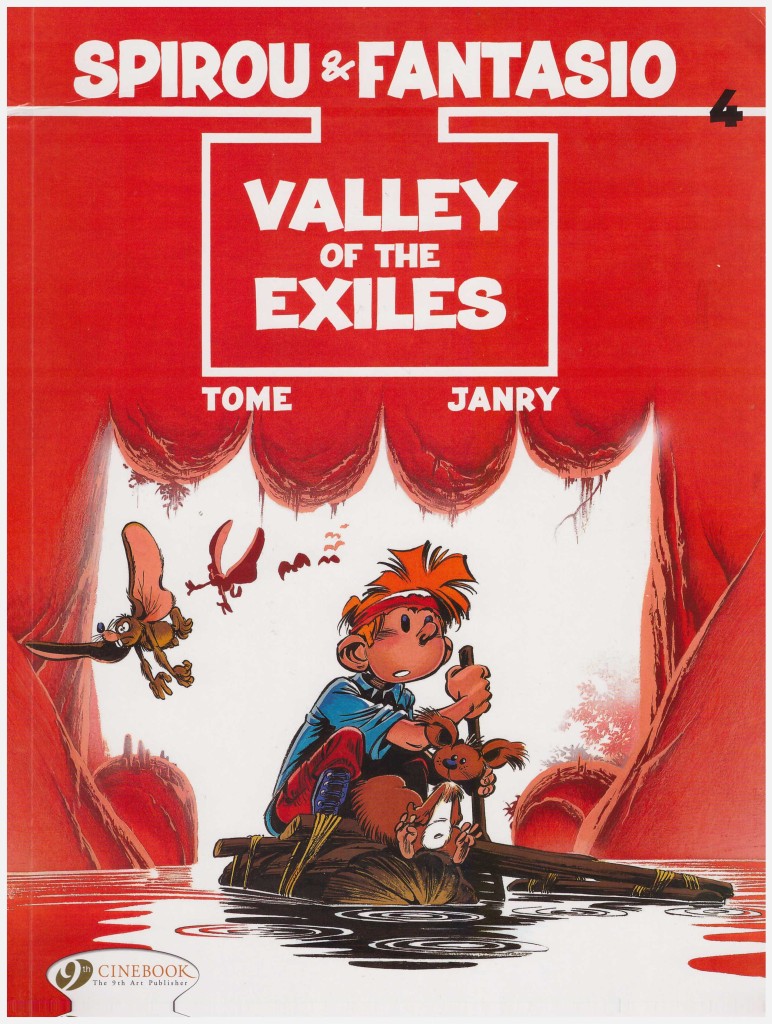 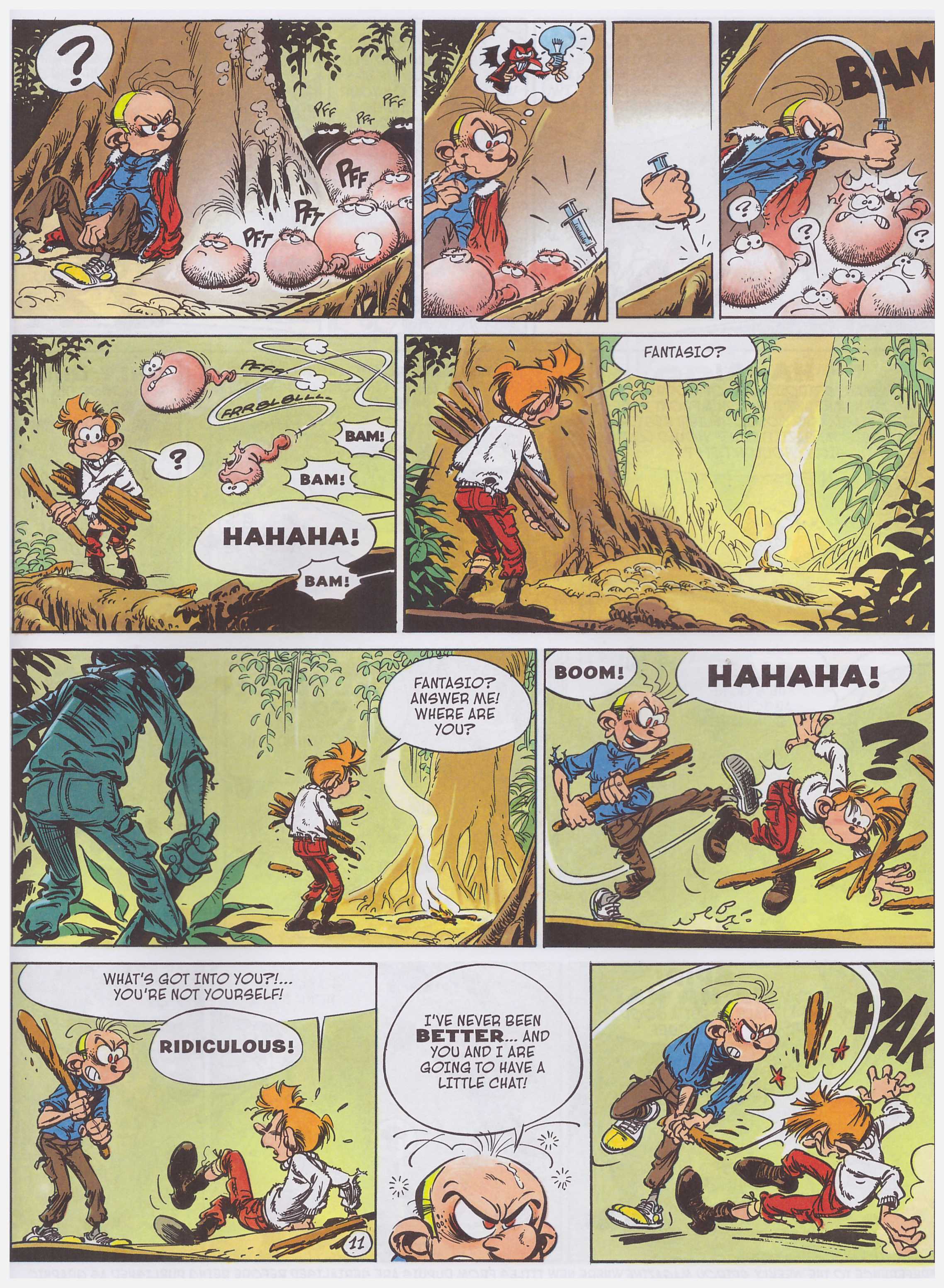 It didn’t look very good for Spirou and Fantasio as Running Scared drew to a close. Having survived all sorts of military attacks, they were last seen being sucked into a whirlpool. It deposited them into what they’d not been able to see clearly from above due it being shrouded by a blanket, a whole duvet in fact, of mist.

It’s only once there that they realise the lost explorers whose 1930s journey they were following probably also ended up in this valley. To begin with at least, creators Tome and Janry ensure it’s a place of comically ridiculous wildlife, counterpointing the main narrative with all kinds of visual whimsy, while simultaneously cranking up the tension via the introduction of a specially pernicious mosquito. The effect of its bite is to release the hostile and niggling petty jealousies normally well suppressed by reason and logic, and that sets the remainder of the plot in motion. Some aid is supplied by notes left by one of the 1930s explorers, supplying some sense to the hostile terrain.

Running Scared provided a good adventure plot, and that’s also at the core of Valley of the Exiles, as Spirou’s circumstances become increasingly desperate. As this is children’s entertainment it might be expected that the terrors are more on the Indiana Jones level than the full-on Chthulu, yet despite the comedy stylings this is an extraordinarily bleak plot. Tome sets Spirou and Fantasio against each other, and sustains this from roughly a fifth of the way through the book. It’s no minor disagreement capable of ending with a hug, but a full on psychotic murderous rage that strikes entirely the wrong tone. Throughout thick and thin, and by this stage forty years of publication, Spirou and Fantasio had always been a buddy act, seeing things through together, and having them at each other’s throats is plain wrong.

Janry’s art is again fantastic, but he’s given little opportunity to showcase his diversity. Beyond the introductory section there are far fewer opportunities for gags and while his cartooning thankfully tempers the depressing plot, there’s an absence of technology or landscapes. That leaves his excellent visual characterisation as the sole display of his skills.

The Cinebook numbering bears no relation to the original chronological release as they’ve naturally selected the better, less dated and more commercial material to begin their reprints. Next up, in both the original publication order and Cinebook’s releases, is Spirou and Fantasio in Moscow.