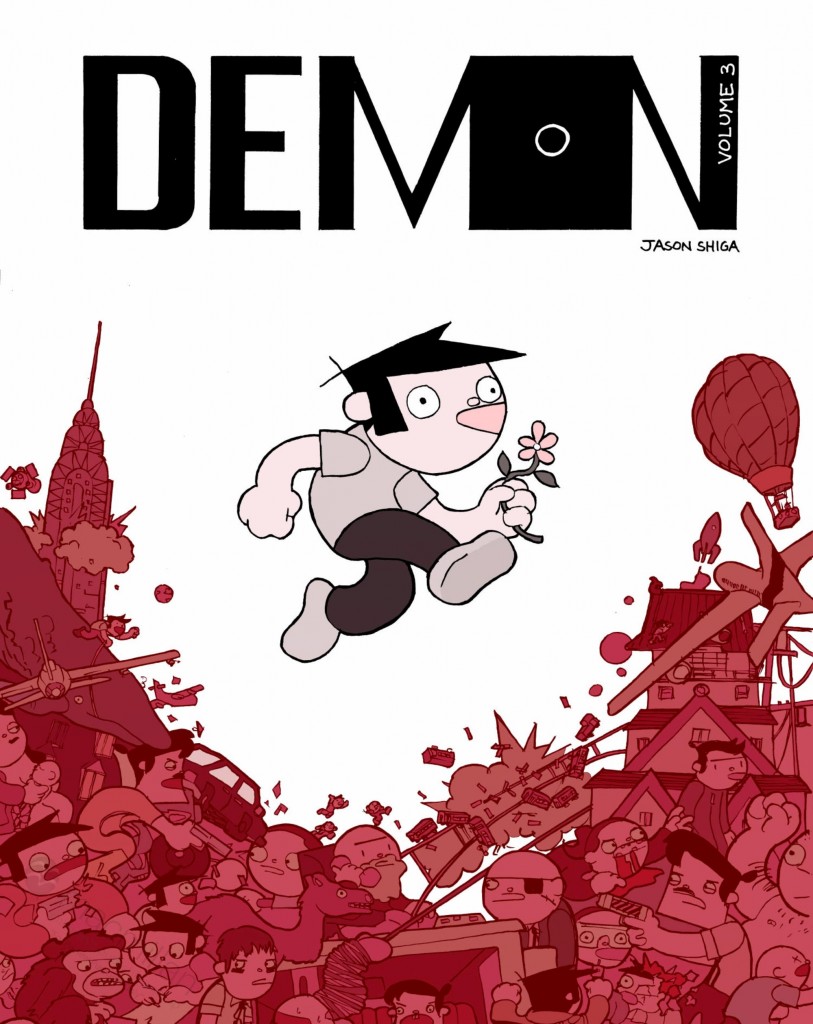 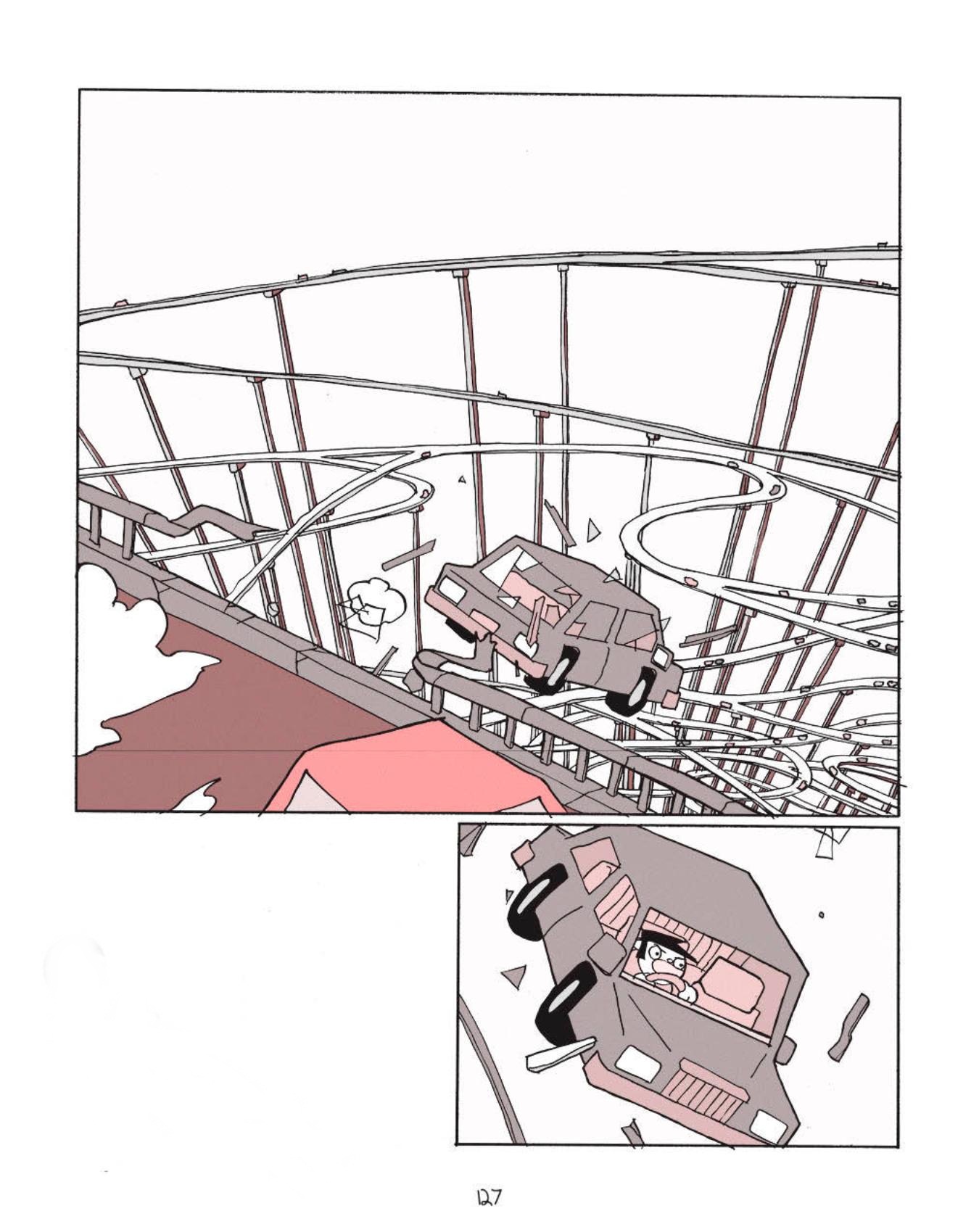 Beyond the opening volume it becomes very difficult to discuss Demon without giving away aspects of the plot deliberately concealed until late in that first volume. If you’d prefer not to know, read no further.

Our central character Jimmy has discovered that for reasons still not entirely explained, when he dies his personality instantly transfers to the nearest human being within a prescribed distance. In volume two he spent a considerable time working out the limitations of this ability in a prolonged period of ethical compromise. Suicidal before discovering this power, he was given a new purpose by his determination to confront the drunken driver who killed his wife and child. However, the authorities have also taken note, and Jimmy has to be ever more careful to avoid capture.

The above synopsis indicates that Demon may be drawn in Jason Shiga’s friendly cartoon style, but that’s the sugar coating for some very dark deeds. It’s safe to say that over the course of the series every reader will come across their own personal moment of disgust, not least because Jimmy’s daughter (it’s a long story) has the same powers and perverse turn of mind. Balancing this, Demon is very clever, frequently hilarious, and compulsive reading.

It’s now a century after Jimmy first discovered his abilities as a demon, yet he has tenacious adversaries including one Agent Gellman. He knows Gellman is smarter than him, and that he also has an agenda. Can he discover what Gellman knows without being captured. That’s an early conundrum, and as he’s done in the previous books, Shiga escalates matters continuously.

As the centuries pass there’s an ennui about Jimmy, and Shiga develops this well, with one of two centrepiece sequences being Jimmy’s explanation of life as he now experiences it. It’s simultaneously depressing and hilarious, but hardly subtle. The other centrepiece is a prolonged action episode in which bodies shift and dangers are constant. It’s brilliantly staged and breakneck-paced to ensure the pages turn quickly, but once complete it’s worth reading a second time to consider just how smart Shiga’s been in slotting everything together. In his introduction to the opening volume Shiga’s stated intention was to keep ramping everything up, and a master plan revealed toward the end is a fantastic application of what Shiga’s set in motion.

So is the actual ending. It seems every ruse the smarter reader can conceive as it applies to Jimmy has already been worked out and processed by Shiga. The final volume will be out by the end of 2017, and you won’t be able to wait.