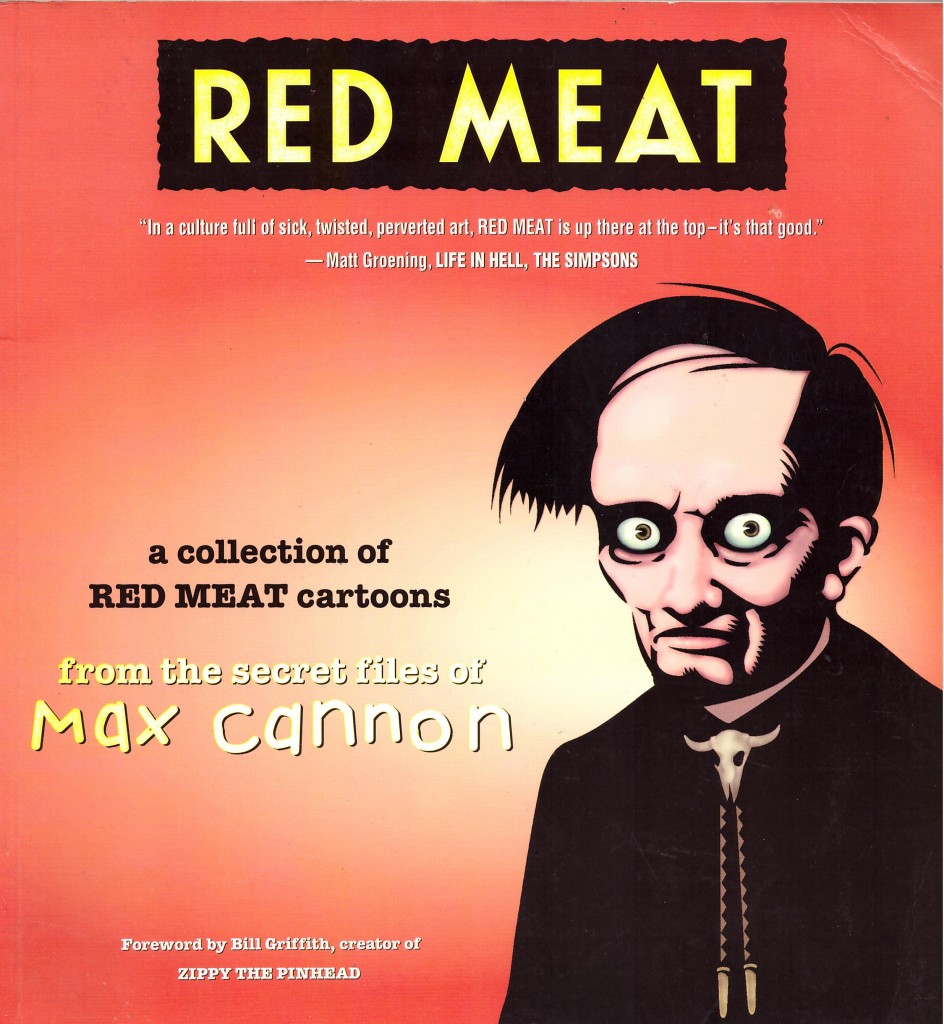 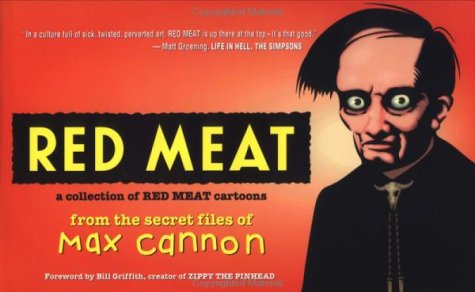 There’s a bleak nihilism to Max Cannon’s brilliantly named cartoon strip as it claws from the underbelly to scar the American psyche. In one strip Earl, the guy with the speed stare on the cover, recalls how until the premises burned down he worked in a factory manufacturing cute battery operated dogs that walked and barked. A short time later he saw the dogs being advertised on TV and wondered where they came from since the entire stock was burned, before remembering the entire stock was asbestos. It’s horrific, it’s funny, and it’s a valid comment on sanctioned commercial greed.

Cannon’s art is deliberately primitive and repetitive. The single illustration of Earl is used several dozen times, each accompanying a pithy comment or one where Cannon uses the pauses induced by panel breaks beautifully. In this respect, and several other uses of the artificiality of the comic strip, Cannon applies a conceptual approach to his content, and the strip subtitles reinforce that idea. The one about the toy dogs rejoices in ‘Death Takes a Number’, and others challenge the readership with ‘The Comic Strip That’s Not Fooling Anyone’, ‘A Picture is Worth a Thousand Welts’, or ‘Locust Leavings on the Leaf of Levity’.

The stock characters subvert ideals. Earl, the staring fiend plays to type, but the comforting 1950s Dad in sports shirt, spectacles and with pipe tells his son that wearing a corset was experimentation enough in his day, Milkman Dan delivers homilies along with the milk, and detective Stiff Stacy is dead. Not everything works. Sometimes Cannon’s payoff is an idle surrealistic non-sequiteur, and the infrequently used padre too obvious a target, but far more often than not anyone with a sense of humour transcending the bland is going to get a solid laugh.