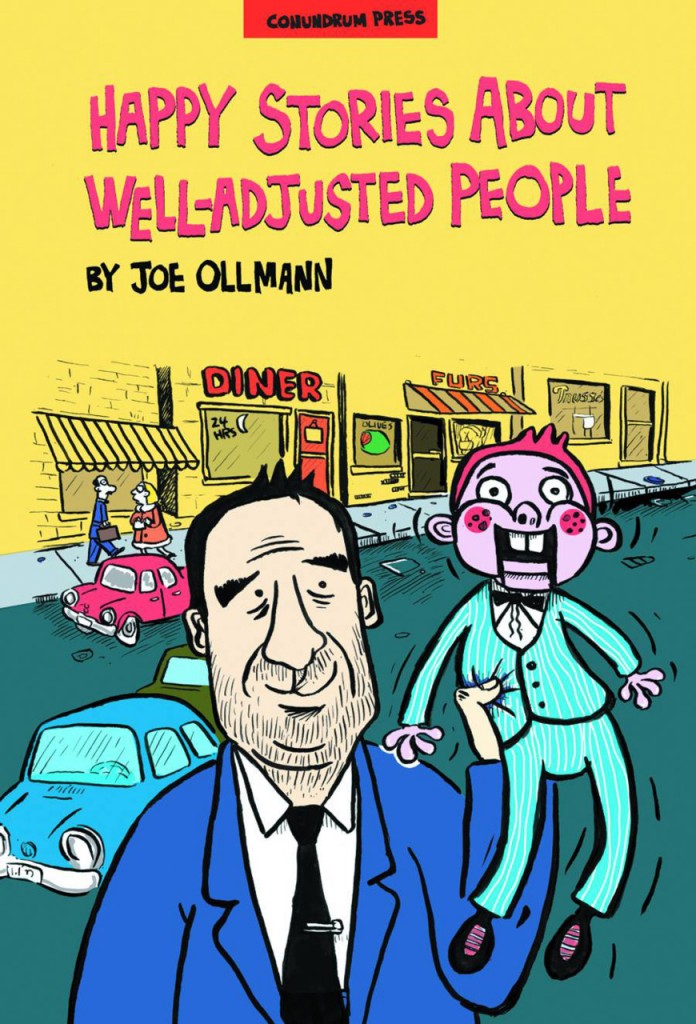 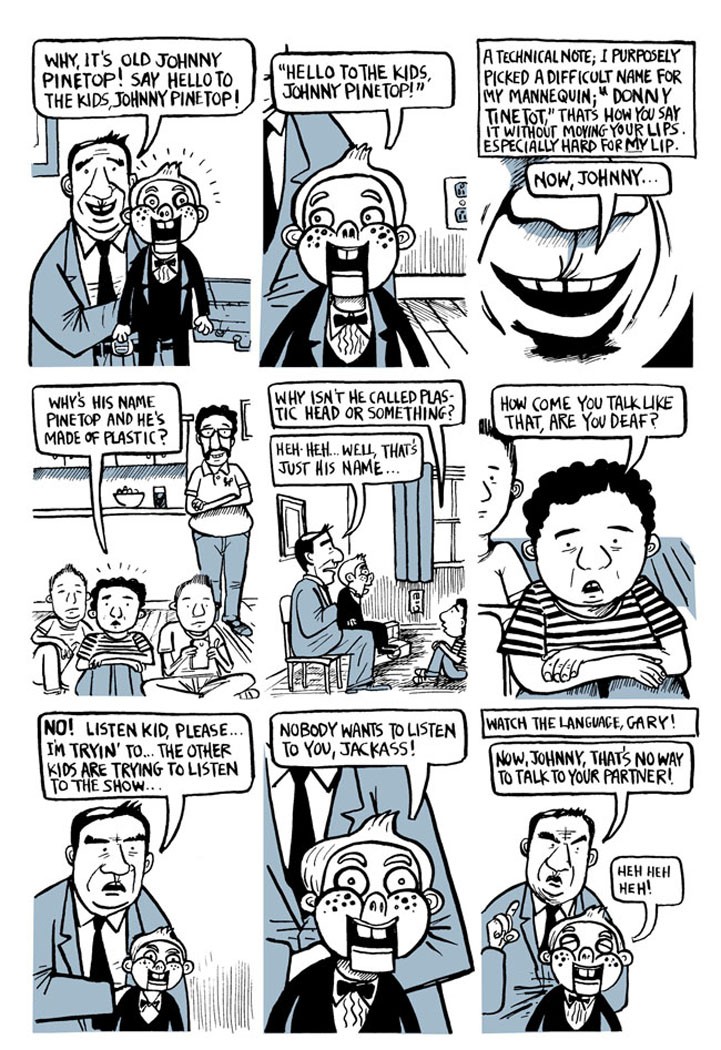 Unless you’re already familiar with Joe Ollmann’s work there’s no reason to suspect that the title is ironic, although the cover illustration with its freakish portrayal of Johnny Pinetop, who we’ll meet in the opening story of this anthology, certainly hints at that. Those already immersed in Ollmann’s individual interpretation of life may be disappointed that only two new pieces accompany this cull of the best material from a pair of anthologies published in 2002 and 2006.

Ollmann’s stories deal with life’s losers and their failures, but crucially, for the most part, via people who contribute to their situation. Should ventriloquist Gary Bunet have hit the father of the boy whose birthday party he was supposed to be entertaining? Should the overweight Charlene stuff her face with crisps while bemoaning her condition? Did Charlie really burn down his rival’s book store?

Some themes recur: fathers, alcohol abuse, loss, and a wide streak of bleak humour run through Ollmann’s character studies, but were ridicule his sole purpose this wouldn’t be such a memorable collection of stories. Ollmann successfully navigates his cast, building them beyond caricature, and while his introduction talks about the variable quality of the earliest work, this is an observational talent that’s with him from the start. He mines the same territory as Dan Clowes, but there’s an emotional connection to his work that Clowes sometimes lacks. On the surface there’s little difference between the outsider kid in a small town and Clowes’ Ghost World characters, but Ollman infuses a heartbreaking pathos that Clowes often can’t, and crucially this doesn’t descend to melodrama. Dennis Salt, for instance, is the only member of his family capable of coping with the outside world, distancing himself from them, yet all the drink in the world can’t drown the connection. There are no easy answers to the situation Dennis knew would come, and his guilt and self-loathing are brilliantly dissected by Ollmann.

The longest piece is an exercise in contrast as while Amy’s aware of her limited surroundings, and aware life could be better, she’s not experiencing the discontent afflicting those featured in the remainder of the book. She’s a harder character to write, and Ollmann avoids a further easy option by Catholicism being a comfort to her. He brings Amy to life first via a series of snapshots as she interacts with others and delivers her observations about them, then once we know her he moves into other territory. It’s masterful drama as Ollmann builds toward small scale, understated surprises of domestic and employment grievance.

The art is patchier, although never poor. It starts off also influenced by Clowes, but more via the mannerisms and layouts, as Ollman has his own style of pencilling and inking from the earliest days. As he progresses the work doesn’t exactly loosen, but is more refined due to the use of fewer lines to convey the same detail and reactions.

The sarcasm of the title is possibly a defence mechanism, as it’s consistent with Ollmann’s self-deprecating cartoons, but interestingly it conceals a truth while the content exposes them. An astute introduction by Jeet Heer notes a success of that content is that each vignette  features someone having to face a truth, and the impact is maximised by the short story form. In a longer work it would fade. Both Heer and Seth, who provides a back cover quote, mention Ollmann’s talent for producing stories that resonate beyond the period of their reading, and that’s also true. These astute stories didn’t get the deserved attention when first published, and Conundrum’s re-presentation ought to rectify that.