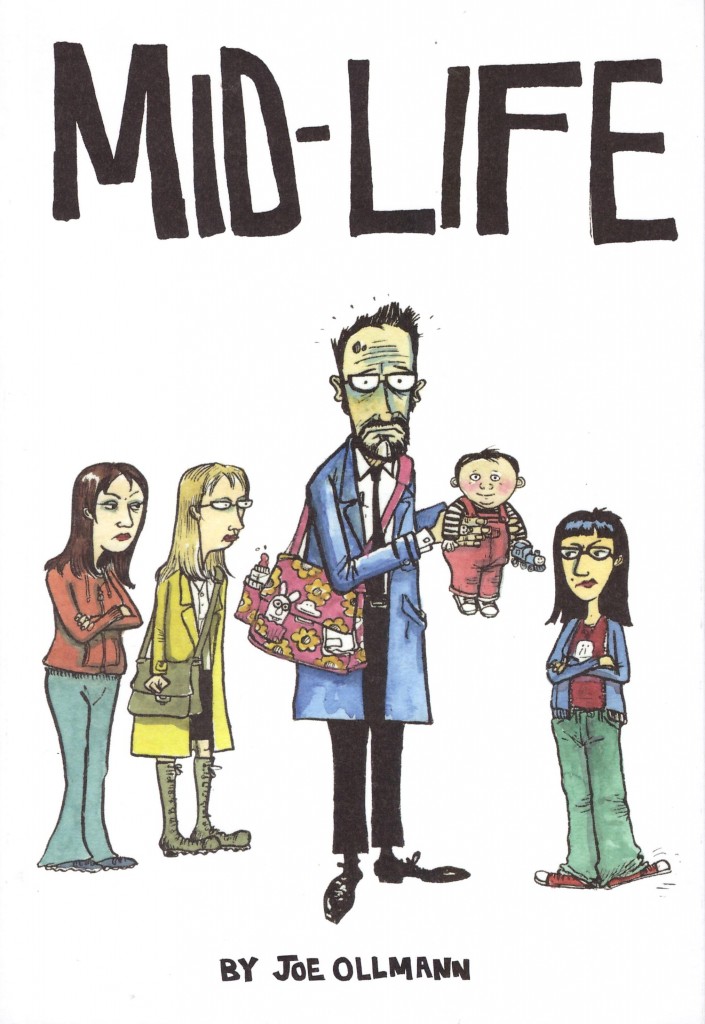 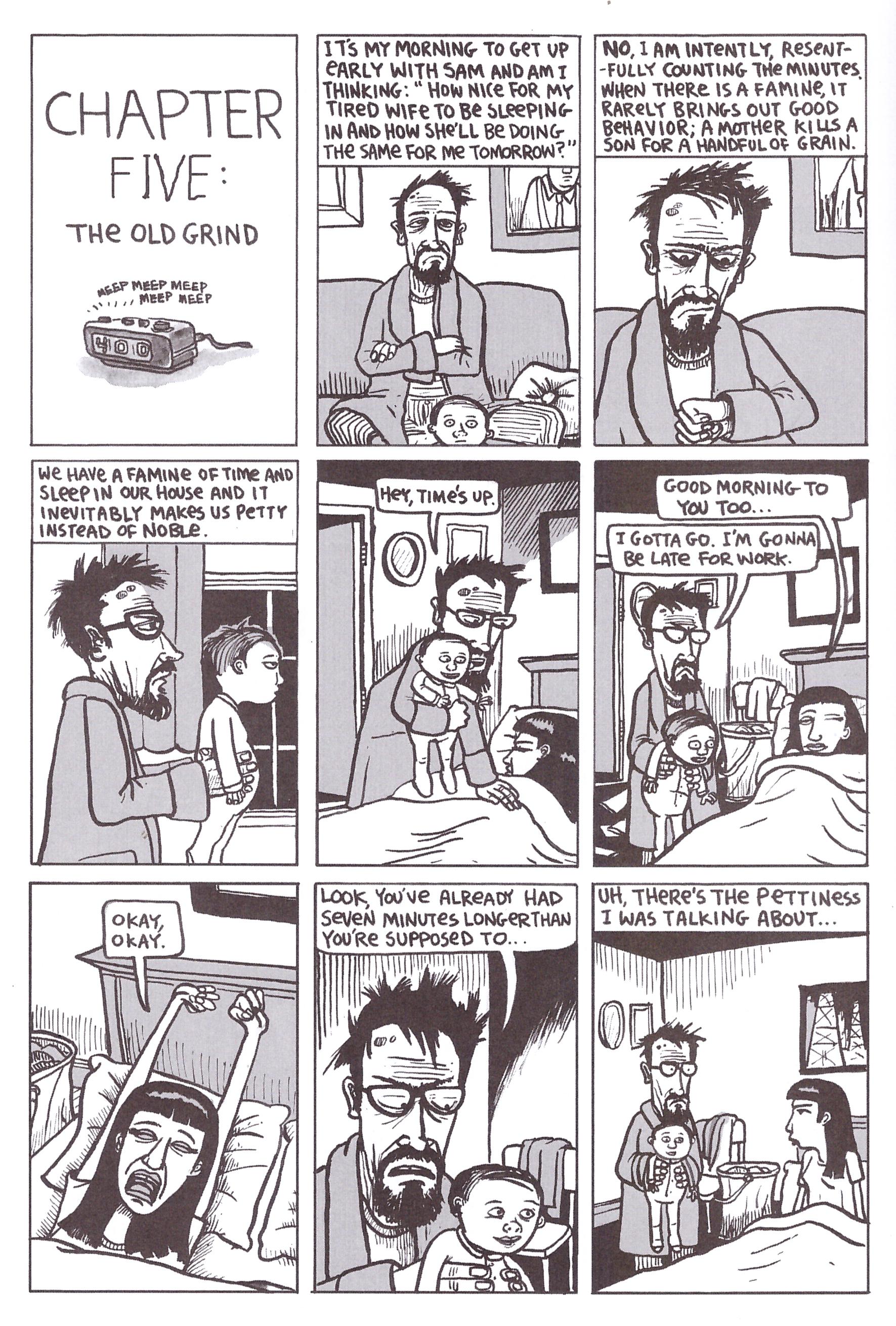 Joe Ollmann’s introduction to Mid-Life claims that it’s fictional, except where it isn’t, which is a fair summation of all writing. While tight-lipped about which elements are autobiographical on publication, he’s since copped to all the family segments being those at least based on truth, which given the remaining content was a very wise admission. His confessions begin with ‘John Olsen’ at forty just having begun a new family in a small apartment shared with three cats. He has two adult daughters from a previous marriage, is constantly tired and well aware that his best days are receding.

There’s a self-pitying aspect to the opening section, retreading the navel gazing work of lesser autobiographical cartoonists of the 1990s, but it  feeds into Ollmann’s spirited investigation of the male mid-life crisis and rapidly moves beyond. He becomes infatuated with Sherri Smalls, the star of the videos his infant son loves. Sherri herself is sparky in front of a camera, but this has required her coming to terms with her true talent not being as a trenchant singer/songwriter. There’s also an awareness she has an attraction to older men. Unknown to John is that she’s standing at the cusp of even greater acclaim, but this will require further compromise.

Remaining unrevealed is how many of John’s eccentric and damaged co-workers are based on real people. Perhaps fortunately for his real-life employment prospects Olsen’s boss comes across as a cuddly Ed Asner, but Ollmann is excellent at conveying personality with a few strokes of the pen. He’s hardest on his stand-in, but few bit players escape a thorough evisceration at some stage, yet the characterisation is well layered, not one-note. Sherri has her ups and downs, and his daughters are beautifully observed, John yearning for the closeness of their youth while aware they’ve grown up and no longer need him. His wistfulness is contrasted by the reality of his frustration at life with an infant.

A strict nine panel grid on almost every page makes for a dense read, and it’s worth savouring the little touches as Mid-Life is a meander rather than a sprint. A combination of young child, dying cats, unhealthy obsession and regret begin to impact on John’s job as Art Editor on a major magazine. He decides the solution is to exploit his magazine connections and contact Sherri, into whose life we keep popping back. At this point the violins should begin screeching in the head of any sane individual.

As a portrait of disintegration in what should be relatively content circumstances, Mid-Life is unflinching and sustains a gut-churning tension. Ollmann makes us care about his avatar, who contemplates a past of regret while investigating solutions guaranteed to be accompanied by their own parcel of new complications. He’s portraying people he knows, so their characterisation is simpler for him, but he successfully extrapolates why they don’t always gel. It’s a rare talent that can take such emotionally draining material and still raise a smile on almost every page, and as a significant proportion is autobiographical there’s little predictability to events. For the ultra-curious Ollman ties everything up in typical self-deprecating fashion with a few notes and a vasectomy request.

Why is Ollmann not held in greater regard? His cartooning’s great, his writing’s great and his sense of humour’s great.