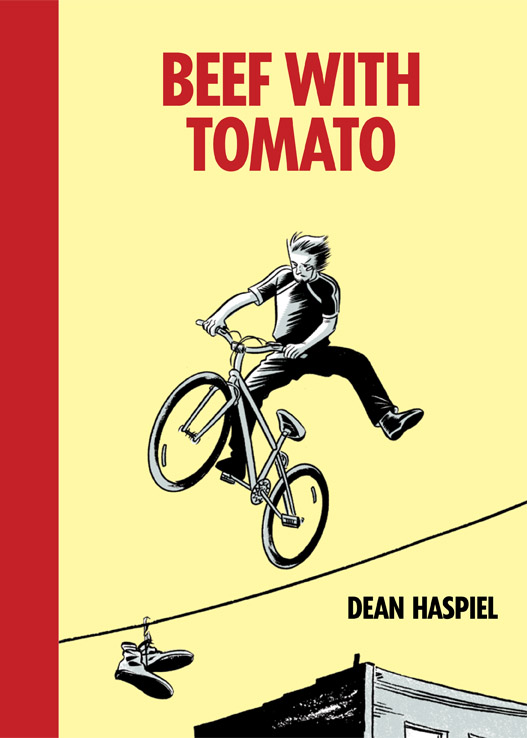 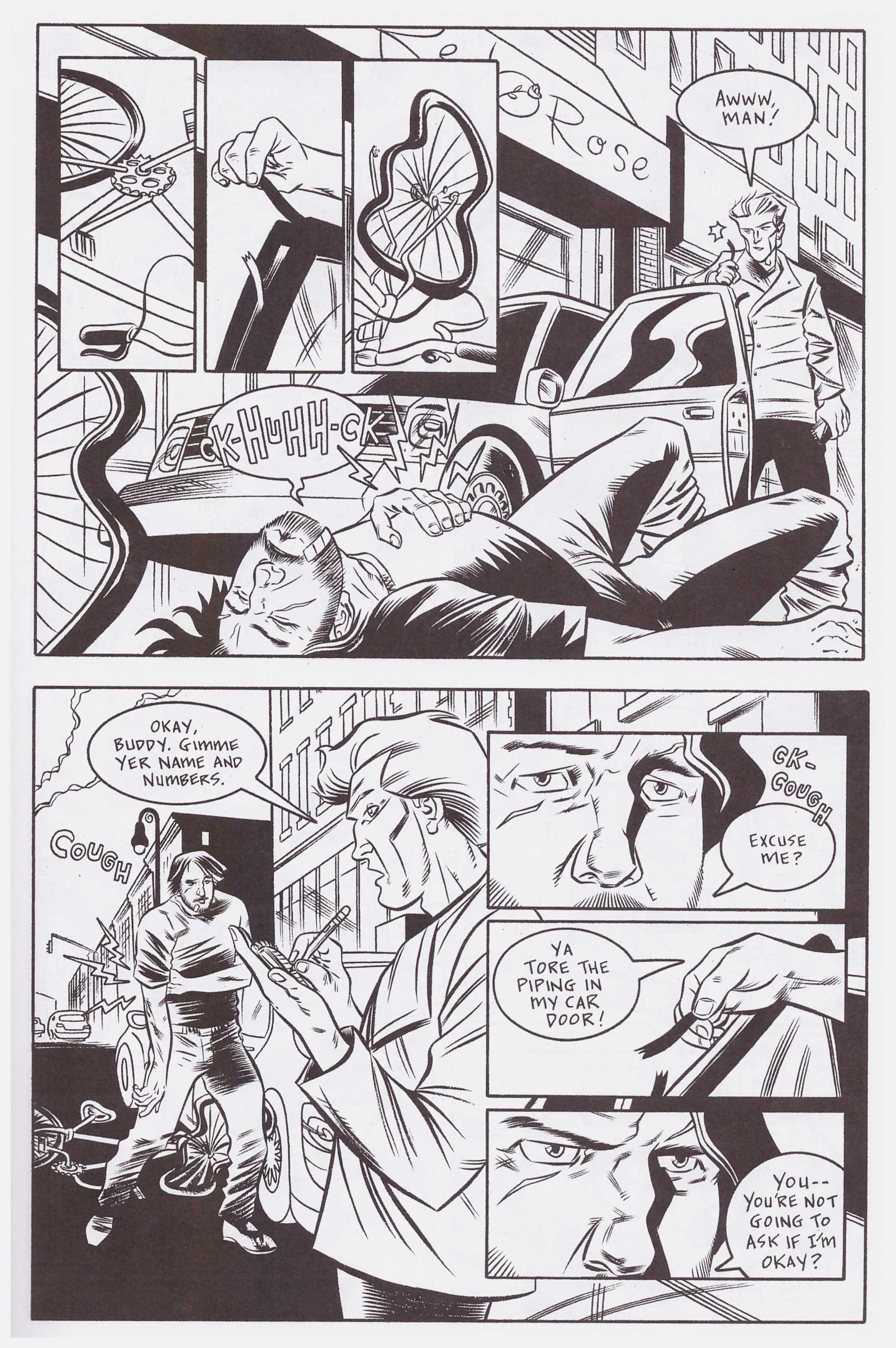 In the 1990s heyday of autobiographical comics any sense of progression was rare. The creators producing the material may have had interesting viewpoints or eccentric personalities, but the periods of their lives spotlighted never amounted to more than a few years. Robert Crumb is an obvious exception, but one who’s continued to plough a narrow furrow.

Dean Haspiel has considerable experience illustrating Harvey Pekar’s stories and observations, and Beef With Tomato is his second autobiographical collection, the first being a comic titled Opposable Thumbs. Originally published in 2001 and collecting stories from the 1990s, there was a swaggering narcissism to much of it. Haspiel’s art has a consistency, and beyond a strip dealing with 9/11 noted as from 2001, there’s no indication of when the remaining material was created, but it’s the work of a mature person. Haspiel remains confident and outward looking, but a man now in his forties has an understanding of life, and this imparts greater honesty. Haspiel is no longer attempting to impress, but secure in who he is.

There is a caveat. The back cover blurb refers to “semi-autobiographical roots”, but in promotional interviews Haspiel confirmed that all content is true. Several minor elements connect the stories, but the over-arching theme becomes a love letter to New York, or more specifically Brooklyn, where we see Haspiel moving in the collection’s opener. He’s initially subjected to minor verbal intimidation, but as the book progresses Haspiel integrates fully into the neighbourhood and considers he belongs. What makes the area for Haspiel is the people. There are no paeans to the architectural wonders, which are a rarely illustrated backdrop.

Given the tragic content included it’s too glib to refer to Haspiel as a person to whom relatable events seem to occur. Perhaps he merely has a better sense than most about what constitutes a compelling anecdote. Traffic accidents are recurring feature, an occupational hazard of riding a bike in New York. A random variation has Haspiel being filmed for a movie when a driver only hears the cries of “Stop thief”, doesn’t see the cameras, and considers this licence to accelerate straight into Haspiel in his massive four wheel drive.

Toward the end of the book Haspiel shifts frequently from comic strips to prose, and these are equally fine observational pieces. There’s an open and presumptuous tone to them. Judge if you will, Haspiel doesn’t care.

A fascination of autobiographical material of any kind is to consider if you’d want to live that life. Try it. Anyone beyond the artifice of glamour will be surprised at how rarely that’s the case. From what’s offered, Haspiel has his ups and downs, although a line noting he drinks to get drunk indicates something requiring resolution or exorcism. He’s convivial and talented, and appears to make friends easily enough. Make your mind up.

Beef With Tomato presents a pleasing variety of stories worth telling and bring an area to life. They’re well drawn, honest and engaging, and there’s plenty of autobiographical material that fails on all three counts.