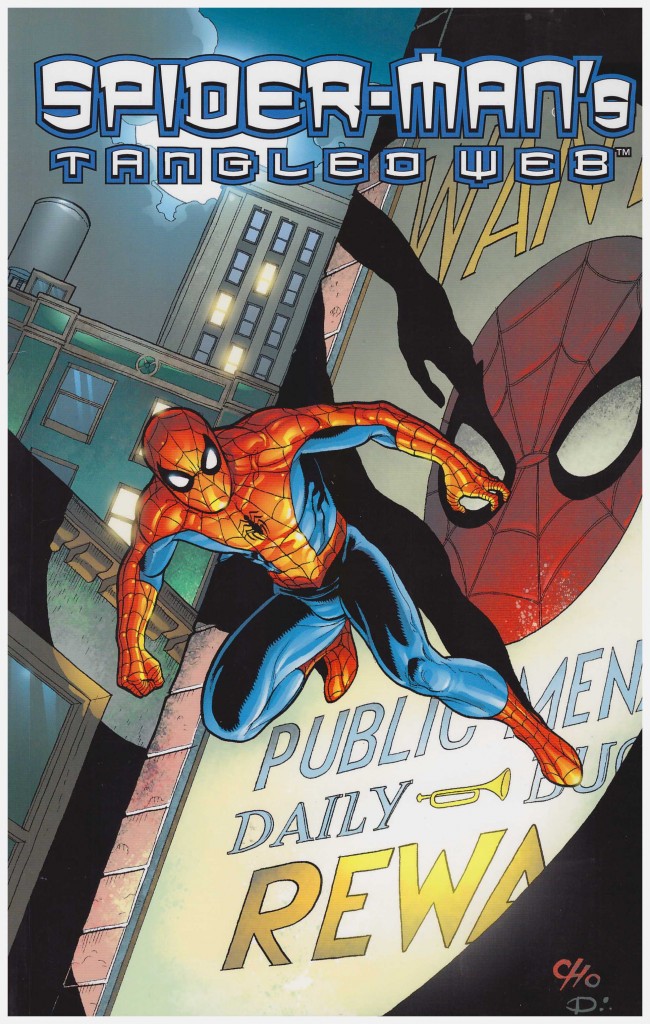 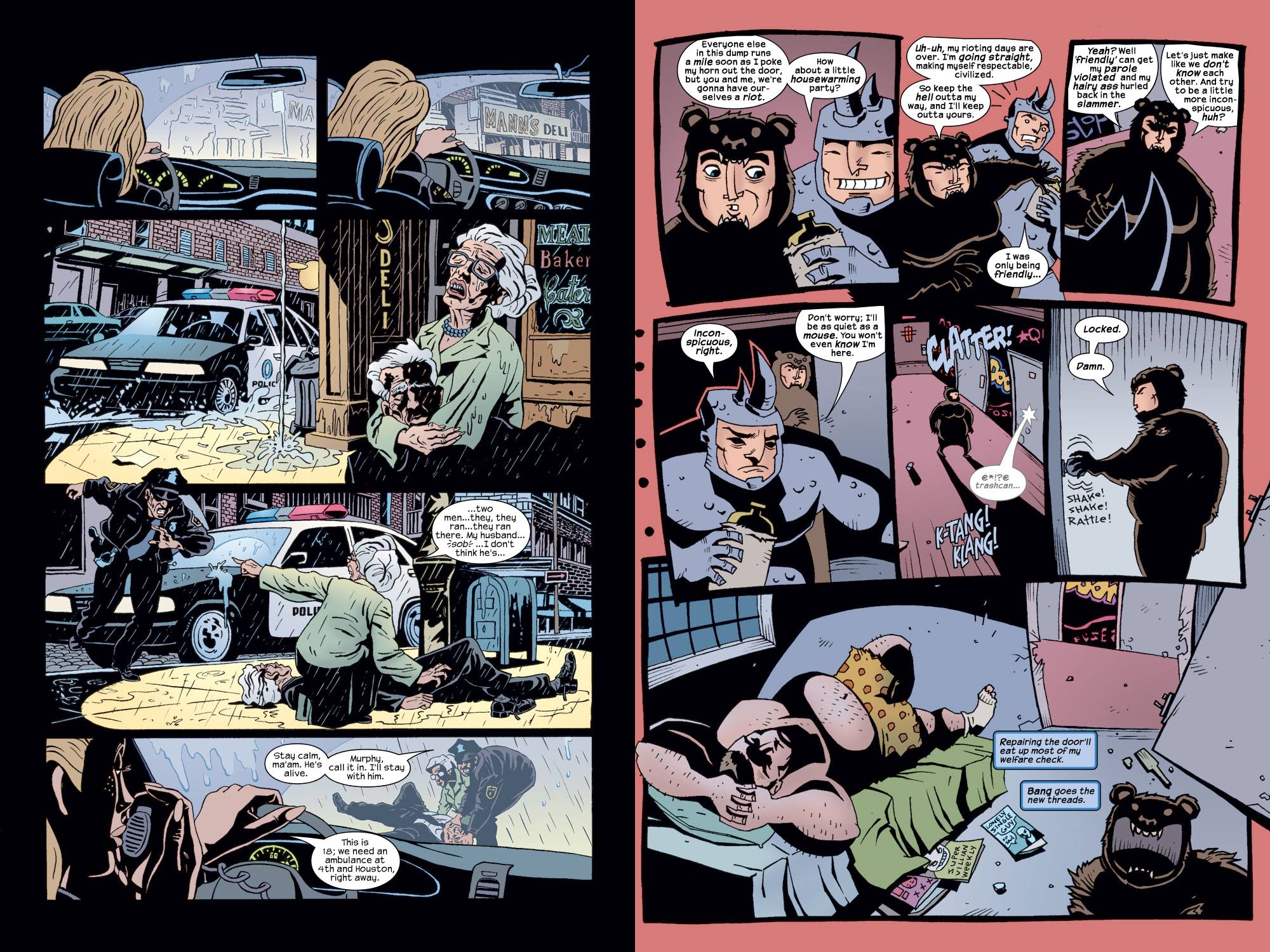 What strikes from just flicking through this volume is the vastly contrasting diversity of the art from the dark Milleresque world created by Alberto Dose (sample spread left) to Darwyn Cooke and J. Bone’s out and out animation influence, from the dark, jagged and scratchy style of Ted McKeever to the jagged and scratchy cartooning of Jim Mahfood (sample spread right).

It’s Cooke and Bone who turn out the finest story, writing it as well, a Christmas special set primarily in the Daily Bugle offices, where a group of orphans have joined the party after missing their train. There’s a larger direct part for Spider-Man than in most Tangled Web contributions, and The Fantastic Four and some Inhumans are also featured in a tale the runs from mayhem to seasonal glow.

The Bugle’s then owner J. Jonah Jameson stars in his own tale from Zeb Wells and Dean Haspiel, deftly combining crowd-pleasing scenes of Jameson erupting with a glimpse into the upbringing that made the man. Wells also writes an out and out comedy dropping Spider-Man into a reality TV show amid pop stars and students on spring break, during which people are going missing. The reason for it is clever, and Jim Mahfood’s on top manic form, but over 44 pages the jokes are stretched thin. The same applies to Ted McKeever’s relating the occasion Typeface met a character even more tedious than himself, not dissimilar to Mr. Logic from the UK’s Viz Comic. Mahfood also illustrates Robbie Morrison’s look at internet dating for super-villains, featuring the Gibbon and the Rhino, a particular favourite of Tangled Web contributors. The jokes are good, but the ending predictable.

The most traditional episode here takes a look at the legal repercussions of that Spider-Man standby of leaving criminals trussed up in webbing for the police. It’s a clever piece of writing from Brian Patrick Walsh, mimicking a TV cop show, spectacularly illustrated by Alberto Dose.