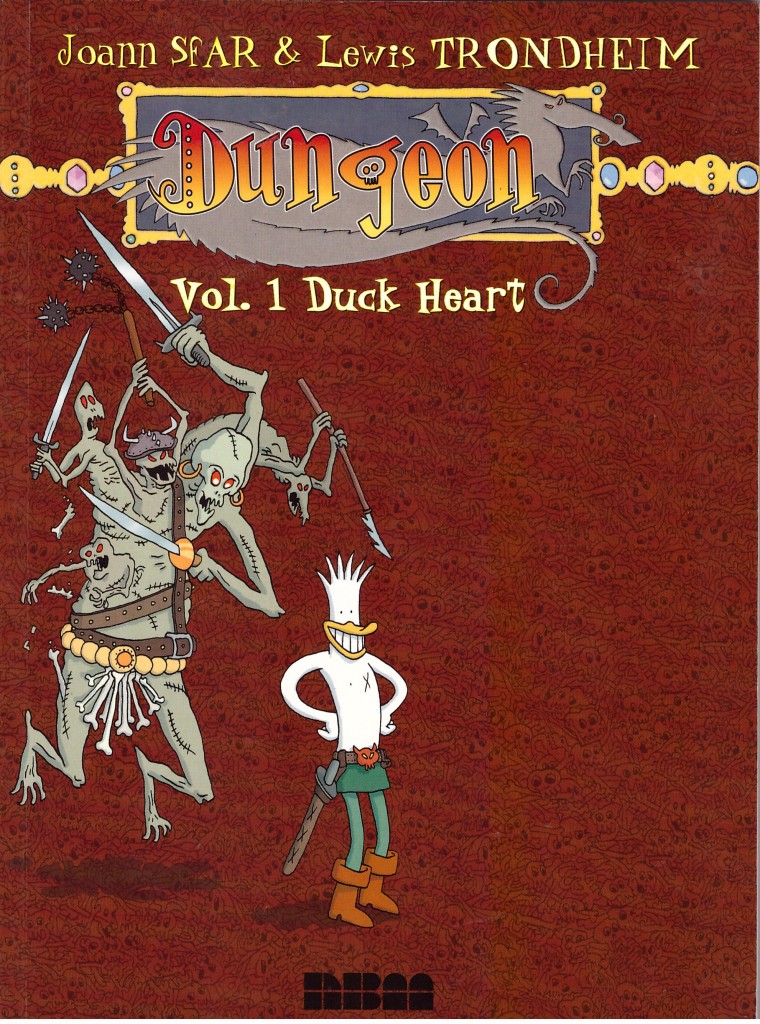 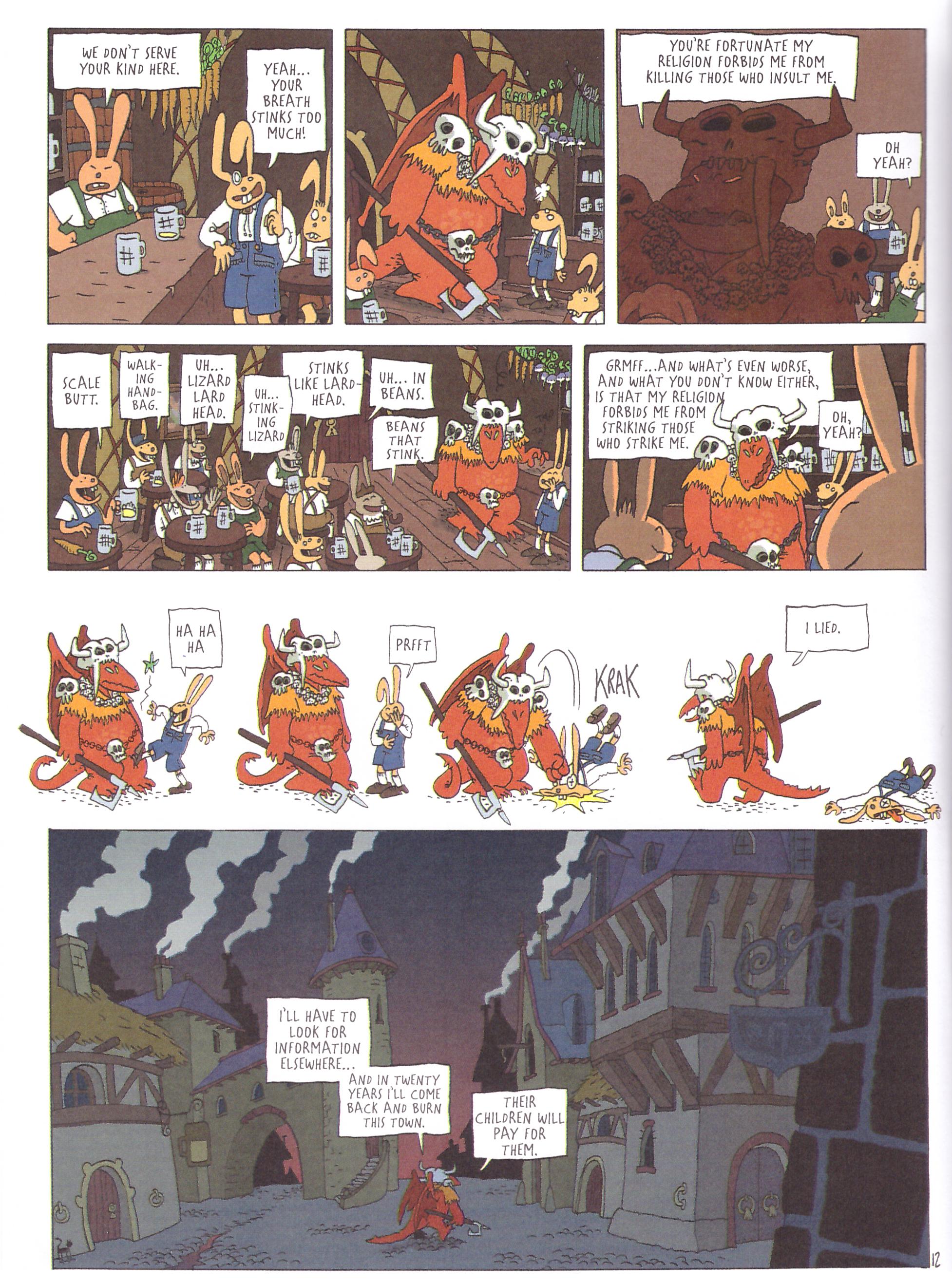 In 1998 it was the then little known Joann Sfar who conceived the sprawling and fabulously entertaining comedy sword and sorcery series Dungeon, but his original collaborator Lewis Trondheim took some persuading of the viability. As Trondheim recalls in The Comics Journal 283, little by little he was sucked in and what began as a one-shot developed into five distinct series detailing the Dungeon’s history, past, present and future. Sidelines and diversions revisit secondary characters or just tell a new tale set in the vast world Sfar and Trondheim created. Any disappointment that NBM’s English language translations are pocket sized in preference to European album size is surely rectified by their providing a value for money packages combining two original books.

Duck Heart is the first shot. We learn of the legendary Dungeon, a fabulous great castle said to contain unimaginable treasure, but heavily fortified and guarded. In the present day its overseen by the Keeper, a careful man who knows every one of his monsters, ghouls, dragons and other beasts by name. Chief among them is Marvin, a small but muscled barbarian warrior respected by all parties despite being a vegetarian. The other main character is Herbert, a cowardly duck who begins the book as an administrator, but due to a series of unfortunate circumstances has to masquerade as barbarian to protect the Dungeon’s interests. To ensure his compliance, the resident wizard removes his heart, to be held hostage until the mission is completed.

Sfar apparently had more than a passing acquaintance with Dungeons and Dragons during his youth, and applies a similar random sense of happenstance to his plotting. One might almost consider he’s rolling a die on occasion. This is crucially allied with a great sense of humour and comedy timing. Sword and Sorcery is a genre that readily adapts to parody, and the idea of an inept hero is a well trodden path, but Sfar is imaginative enough to avoid repeating the work of others. In order to function in the world of the Dungeon Herbert requires some skill, so Sfar endows him with a sword that when drawn will have one of the previous owners possess Herbert and transform him into a skilled fighter. To prevent overuse, Sfar also sets a limitation. Sometimes the sword just refuses to be drawn.

The second adventure is just as wild, silly and hilarious as the first, with both illustrated by Trondheim in his fine energetic style, although often from Sfar’s layouts. He packs his panels with funny incidental details. The Dungeon’s often fatal combat room has a rough pile of skulls and skeletons swept into a corner, a graveyard features a corpse hanging from a tree, and the pub used by the rabbit population has turnips and carrots dangling behind the bar. The stories require an enormous quantity of monsters, most almost instantly disposable, and Trondheim provides a fabulous selection that drip, float, squidge, maim, scream, threaten and disembowel. They’re great.

This opening volume is just titled Dungeon, but from The Barbarian Princess the series is named Dungeon Zenith to differentiate it from the various other iterations of Dungeon that had then started.