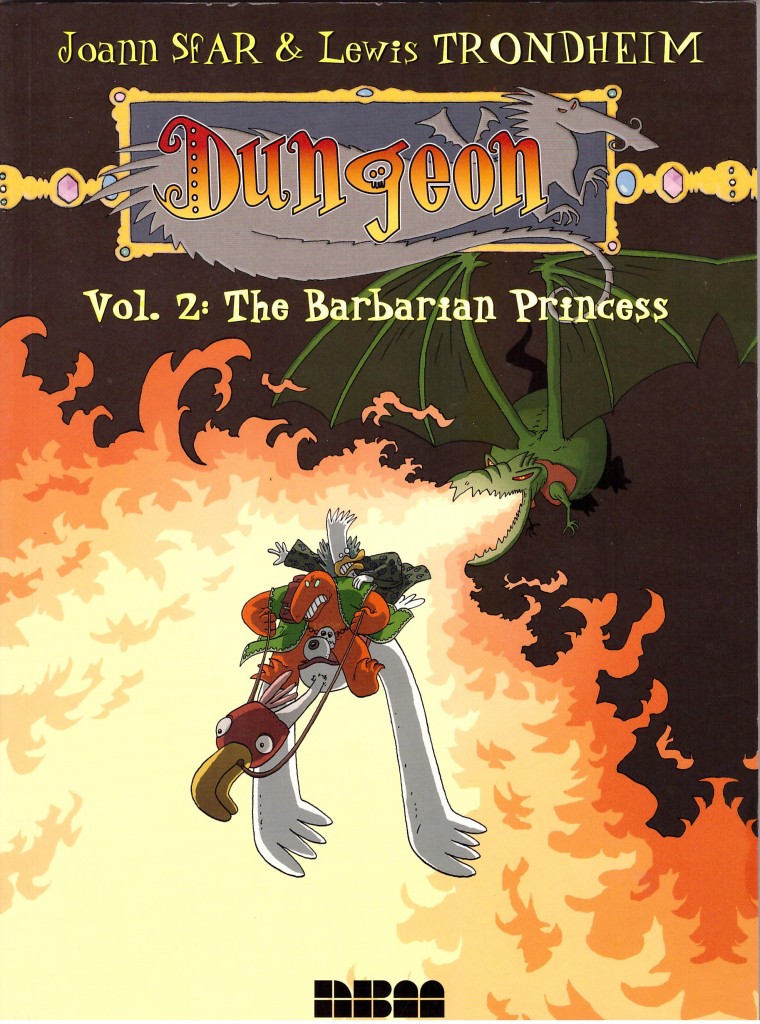 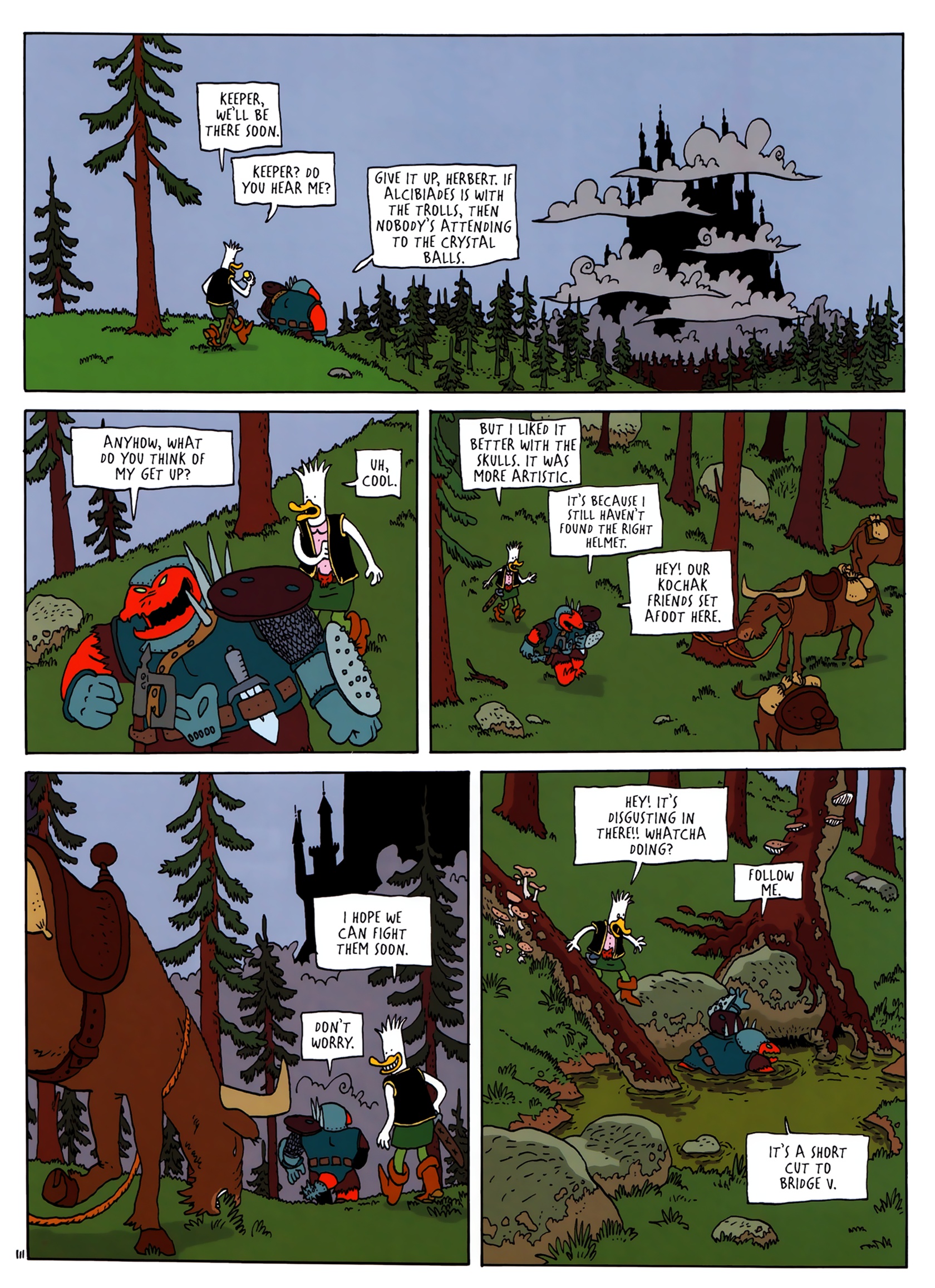 Dungeon sprawls, which is no bad thing, and this second volume of the introductory series is now titled on the spine at least, Dungeon Zenith. This is the Dungeon at the peak of its power and influence. The opening pages explain why. Heroes, adventurers and scoundrels are lured to the premises by tales of the riches within. They come bearing their best protective devices and weapons, plus a few magical talismans, yet inevitably die on encountering the horrors within the Dungeon. Their effects are then added to the Dungeon’s stock. However, business is declining as fewer people are willing to risk their lives for gold alone. Herbert’s promotional suggestion is that rumours are spread of a captive princess.

As in Duck Heart, Herbert and Marvin are the primary characters. Herbert is the cowardly and incompetent warrior possessing a sword that when drawn has him transformed into one of the sword’s previous owners. They’re all fearsome combatants, but it would be convenient if the sword would permit itself to be drawn more often. Marvin is the real deal, a competent and brutal fighter who’s undefeated, but doesn’t always want to fight.

This combines the third and fourth albums of the original French series, with Lewis Trondheim now co-plotting and illustrating the stories, often from other writer Joan Sfar’s layouts. It’s a fantastic combination. As shown elsewhere, Trondheim has an unpredictably whimsical streak to his writing, something Sfar didn’t lack in the first place, and there’s no way of knowing where the comedy lunacy will lead. Early the in the book there’s a lack of carrier pigeons and a surplus of chickens, but hypnotising them into thinking they’re pigeons doesn’t work, and in the end they’re delivered around the land by a monster’s club used like a baseball bat.

In the second story someone slays the Dungeon’s frankly rather incapable dragon. This is a problem as while it’s not integral to the defences, it’s matter of symbolism. No dungeon worthy of the name lacks a dragon. The keeper instructs Herbert, Marvin and their new ally to locate a replacement. And while they’re at it, would they mind seeing their way to getting a giant’s eye. It’s another brilliant unpredictable farce with many laugh out loud moments making full use of the dungeons and dragons world. Next up is Back in Style. 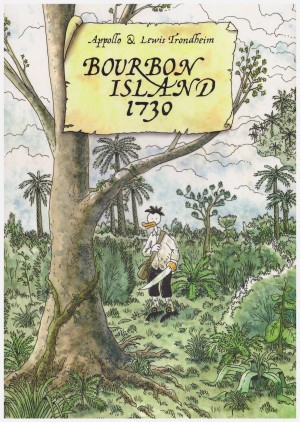