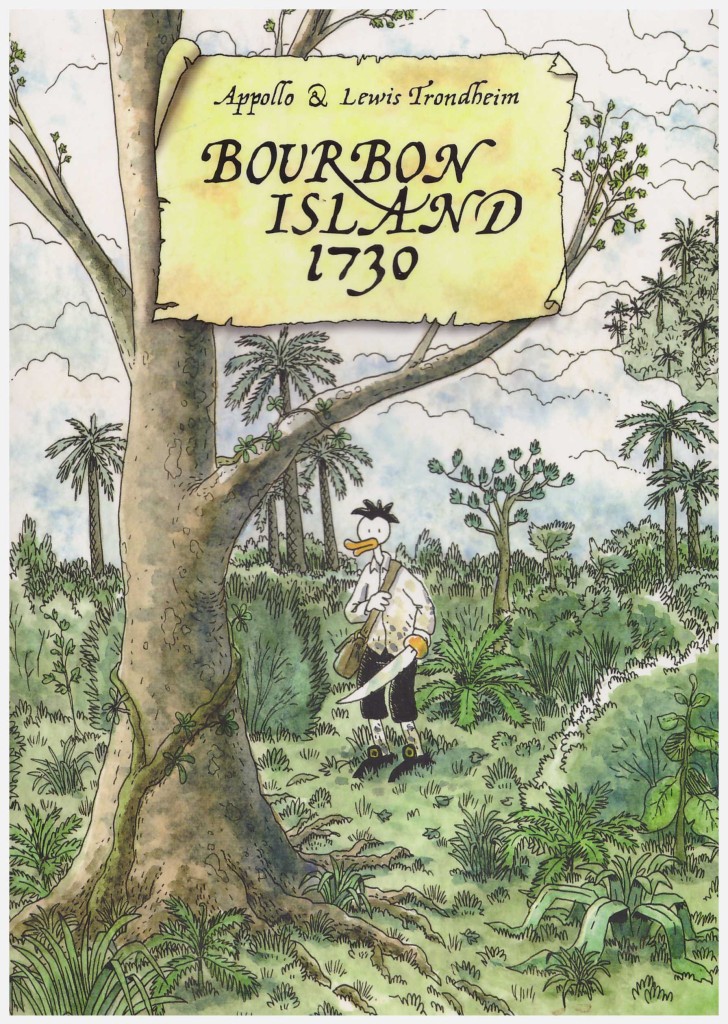 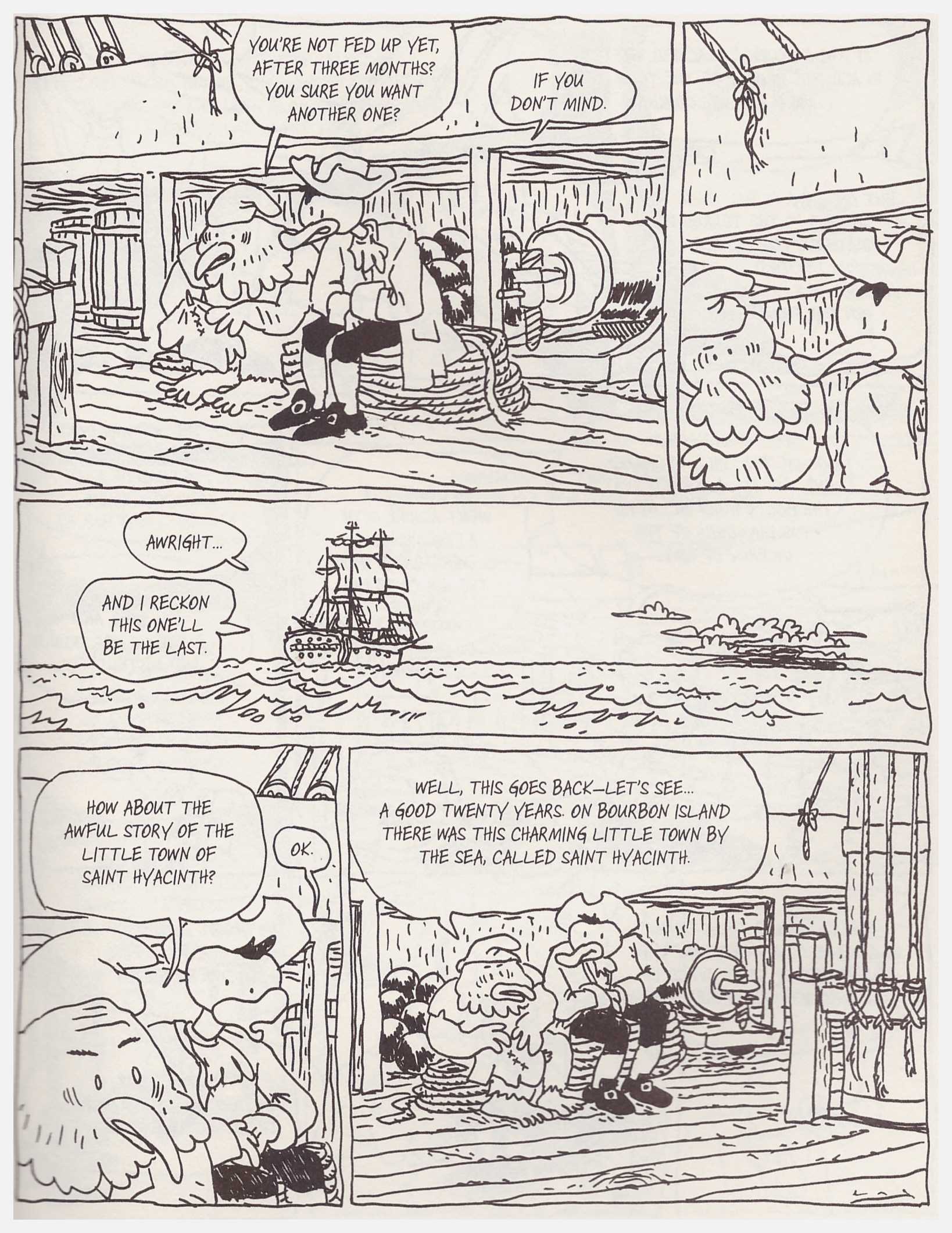 Bourbon Island 1730 is perhaps the first occasion that Lewis Trondheim’s art hasn’t quite gelled with the story being told, which, unusually, isn’t his. It’s the work of Olivier Appollodorus, who writes using the pseudonym Appollo.

He’s constructed a very dark and gloomy tale of naive idealism crashing against reality. As the story begins Raphael is on a ship heading toward Madagascar as the assistant to an ornithologist whose dream is to capture a live dodo, in 1730 not seen for ten years. Raphael, though, has other dreams, his head filled with stories of the pirate era. The glorious age of adventure he imagined has passed, and the one holdout, Buzzard, is now captured and awaiting execution. On Bourbon Island and the surrounding area most former pirates accepted an amnesty in 1704 and their fates have been varied. Some now have flourishing coffee plantations populated by slaves, and others have maintained a solitary hand to mouth existence. All of them view Raphael as an idiot.

He’s not the only dreamer in this story, though, as Appollo’s other narrative thread is the escaped slaves who live in the hills above the settlements, and are hunted down for rewards. Any slave re-captured has a hand chopped off and nailed to a tree in town.

Appollo’s historical investigation has some very dark undercurrents, and for all of Raphael’s misguided fantasies it’s these that prevail to set the tone. While Trondheim’s standard cartooning is as excellent as ever, his goofy animal-based characters work against the mood instead of complementing it. There are very few humorous elements, yet this could be the repertory cast from his McConey material again transplanted into a historical setting. The contrast between what’s drawn and what might have been is hammered home in the sequence concerning the pirate’s ball toward the end of the book. What’s built up as a sinister and dangerous occasion might as well be a Buckinghamshire estate’s annual garden party as depicted in Trondheim’s unthreatening style.

That’s not the only problem, though. The pacing is extremely ponderous during the first half of the book, with far too many pages not advancing the plot, nor serving up atmosphere, and threads just petering out. The one re-visitation of old fashioned piracy concludes with a whimper, which sums up Bourbon Island 1730. It’s very disappointing.

As explained at the start, the story weaves its way through historical events, and three pages of annotations complete the book for those with an interest. The production is sympathetic, with the rough cut folio edges resembling books of the 1700s, and cream paper further signifying the era.