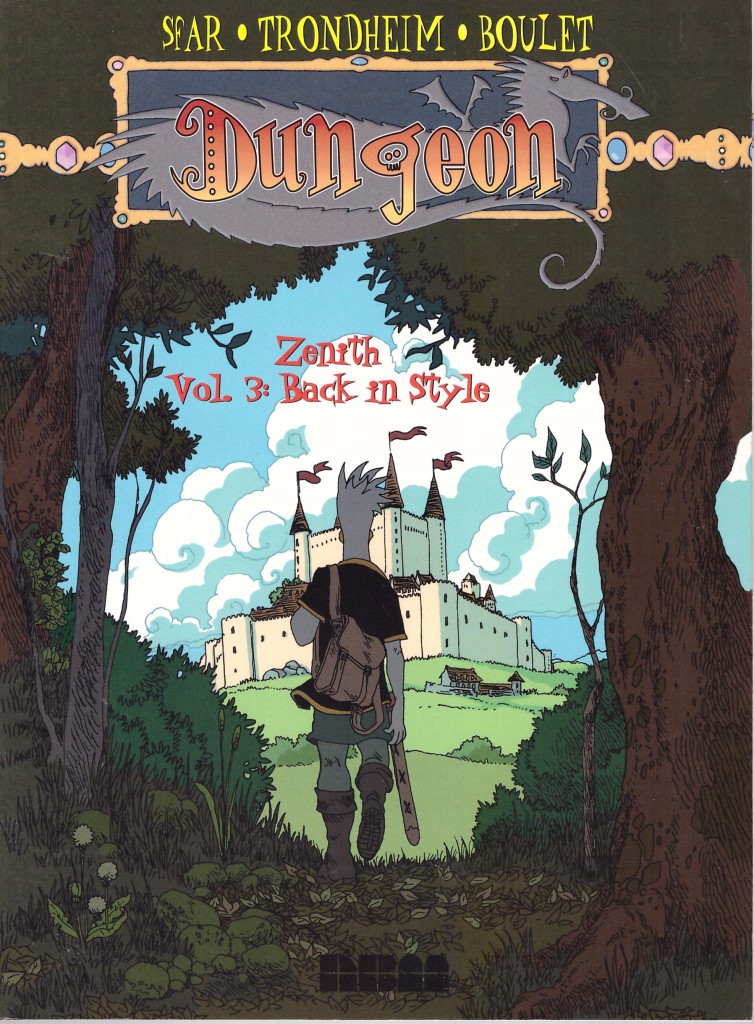 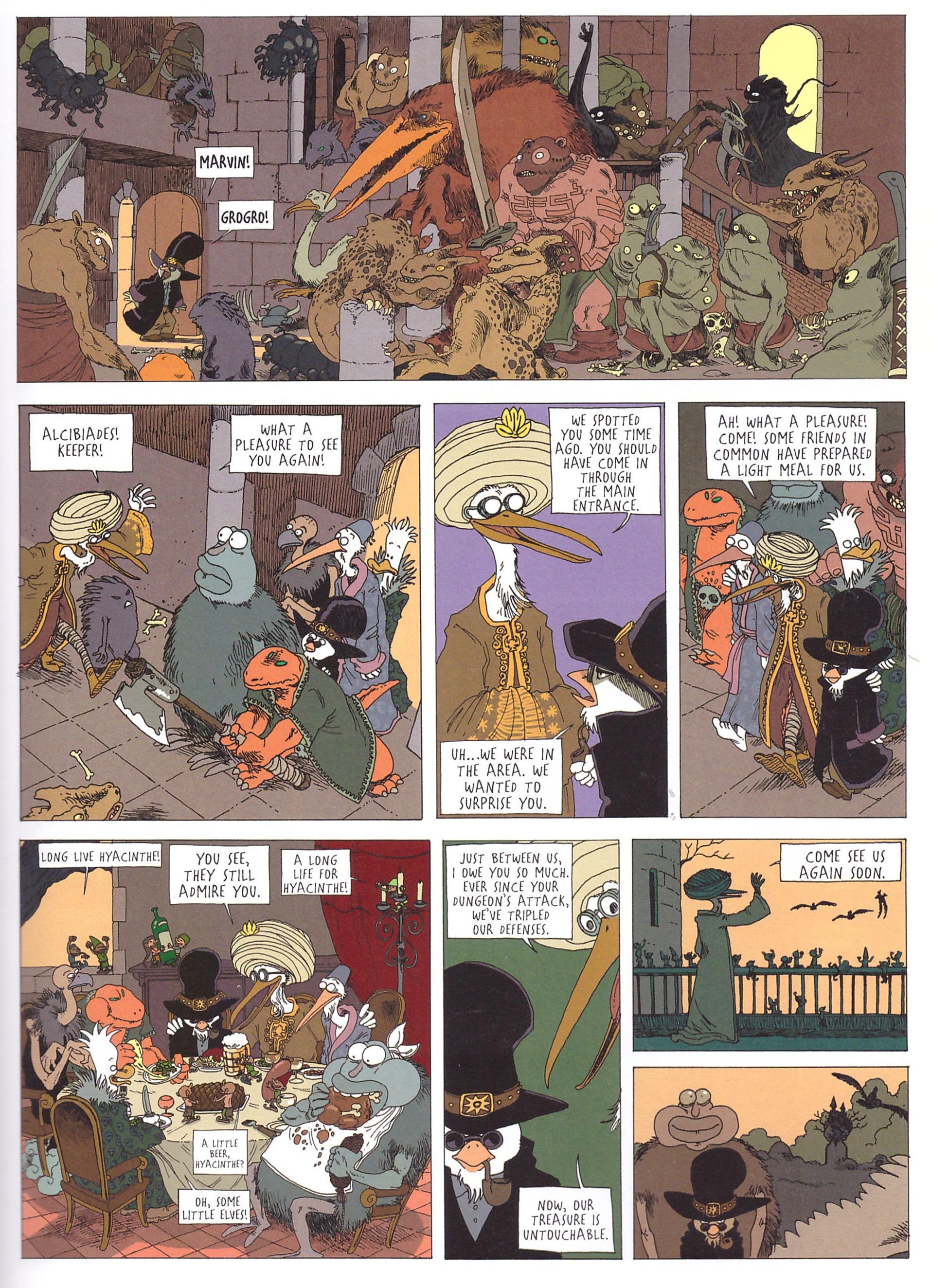 A plan gone wrong at the end of The Barbarian Princess left the dungeon’s treasure in possession of a dragon, and a dungeon without treasure is problematical as it won’t attract any treasure seekers who can then be robbed. Also introduced in that book was Delacour, Herbert’s mirror image, confident, competent and a scoundrel. He still wants Herbert’s cloak, but accompanied by his lawyer, he’s entirely willing to exploit the Dungeon’s current lack of finance. All in all it’s possibly not the best time for the Keeper to marry Isis the cat woman.

Joann Sfar and Lewis Trondheim concoct their usual blend of densely comedic farcical nonsense, but it’s not Trondheim’s art bringing the Dungeon to life this time. That falls to Boulet, pen name of Gilles Roussel, and he’s equally good. In addition to his wonderfully eccentric character designs, Trondheim’s signature statement was filling the panels with small visual gags, and Boulet continues that tradition, be it a kid with a salt cellar deterring a squidgy monster emerging from a drain or the wonderfully ridiculous gothic decoration employed throughout.

Callistus the lawyer is a great new addition to the cast, absolutely straight, so forever advising caution, upholding the letter of the law rather than the spirit and a frustration to all he advises. It very much comes across as if one of the writers had cause to consult a lawyer before starting work on Back in Style, and took their inspiration from that meeting. As ever, a Dungeon volume may be pocket sized, but compensates by presenting a combined two French albums translated into English. Determined by events of the first story, the second is more of a road trip. Herbert, Isis, the Keeper and Marvin are on their way to Craftiwich, from which Herbert was exiled, accompanied by Callistus. Sfar and Trodheim introduce the complete complement of ridiculous characters, starting with the Duke of Craftiwich and his uncontrollable giant mechanical arm, then wrap them in a plot concerning succession to the city’s throne. It’s as unpredictable as ever, with plenty of jokes, and Boulet just as good the second time around. The only downside is that it ends with everything far from resolved, and there is no conclusion.

That’s due to Back in Style being the final volume of Dungeon Zenith, for around a dozen years until Sfar, Trondheim and Boulet made a surprise return with Outside the Ramparts. However, the concept of the series sprawled like the Dungeon itself, so Sfar and Trondheim also wrote the Early Years (two volumes in English) and Twilight (four volumes), while other creators were let loose on Parade (three volumes). Monstres (six volumes) was a series of continuity implants by Sfar and Trondheim across the different series, in which Herbert, Marvin and others can be seen again.