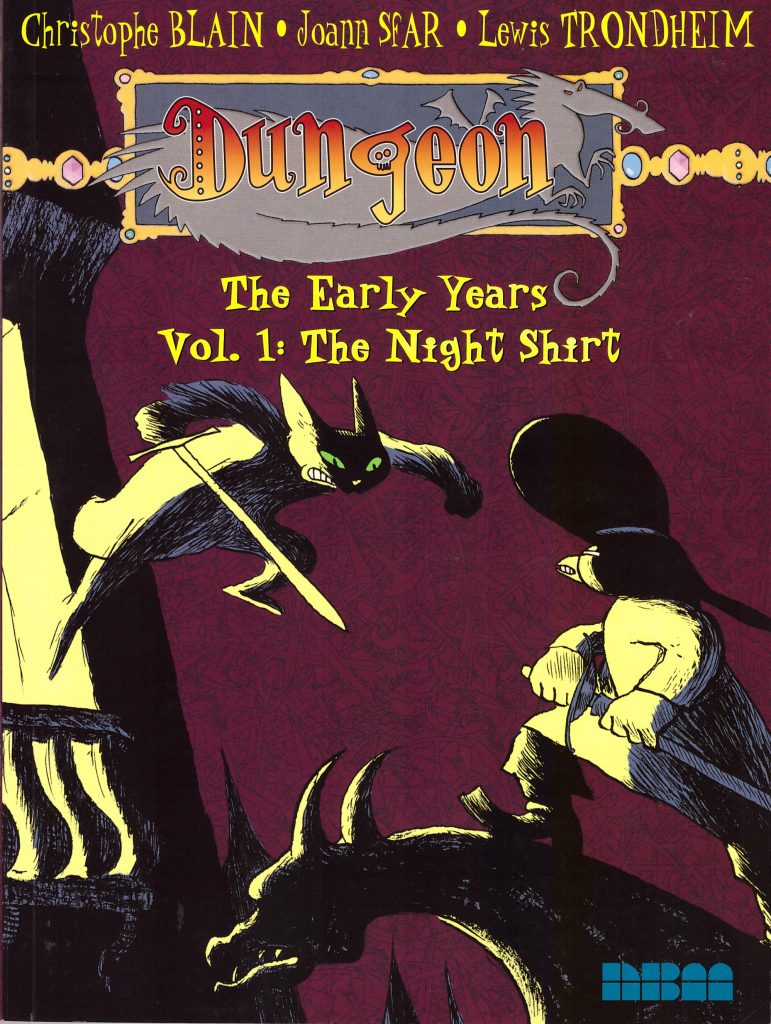 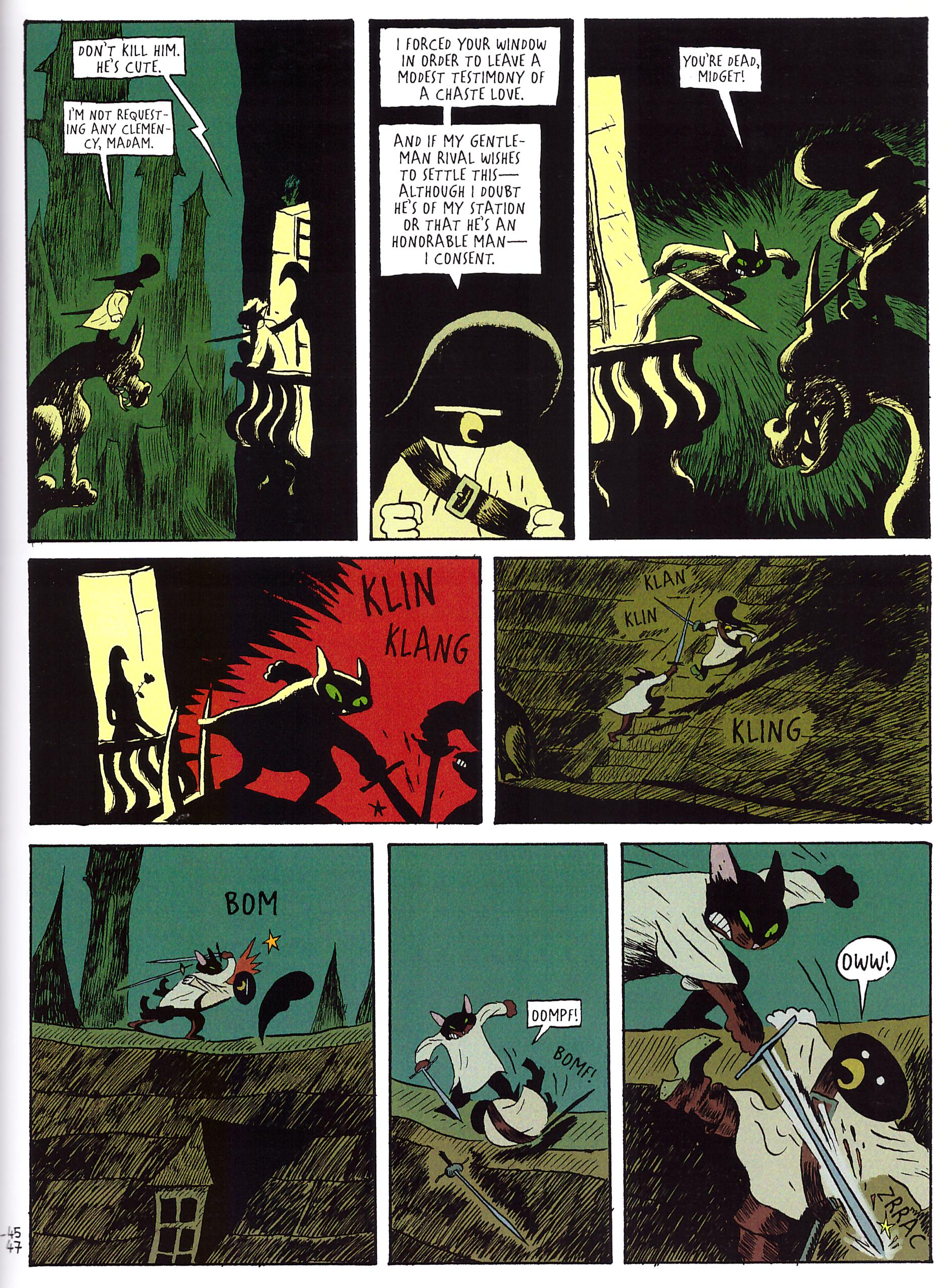 Once Joann Sfar and Lewis Trondheim launched Dungeon, their enthusiasm for the fantasy opportunities knew no bounds, and they began conceiving all kinds of variations, inviting their friends to draw them. It’s Christophe Blain’s art to be found on The Early Years, not just here, but also on the following Innocence Lost, and as with the companion series, NBM may have shrunk the art to pocket format, but they’ve compensated by packaging two original French volumes to each English paperback.

In the present day stories set in the Zenith period, the Dungeon is vast repository of treasure, traps, magic and strange creatures, a lure to glory seekers across the kingdom, and overseen by the formidable Dungeon Keeper, but how did he come to be that way? Within a few pages of the opening, the future Dungeon Keeper Hyacinthe meets the doctor Hippolyte, saved from certain death as he makes his way to the city to stay with a previously unknown Uncle. This is a young and naive Hyacinthe, still visually recognisable as the assertive character of the Zenith books, but finding his feet and his courage as he learns the ways of the city. Part of that is sifting political allegiances and part is coming to terms with the complexity of human emotions, and how not everything may be as it seems.

Blain’s art is a visual tour de force. He designs the city on a vast scale, the buildings looming over the always small Hyacinthe, riddled with strange passageways, carriages clattering over cobbled streets and the lack of light ensuring a twilight world. He works in broadly the same style as Sfar and Trondheim introduced on the earlier books, throwing mismatched creatures against each other and designing the original elements well. He’s not one for exaggerating as much, however, which means that although they’re funny, the Early Years books don’t have quite the same farcical tone as other Dungeon graphic novels.

Hyacinthe rapidly finds his place in the city as a defender of justice, and by the second story is also attending university classes. Here he meets the socially awkward Alcibiades and Horus, who’ll also play roles in the future. His alternative nocturnal career is now taking its toll, he hasn’t yet developed the wherewithall to cope with some problems, and unlike his later incarnation he can be outwitted.

As with other books in the Dungeon series, it’s towering imaginations of Sfar and Trondheim that makes everything gel. They have a refined sense of the ridiculous, yet can balance that by creating people we care for and there’s no hint of standards slipping as they move into another series. 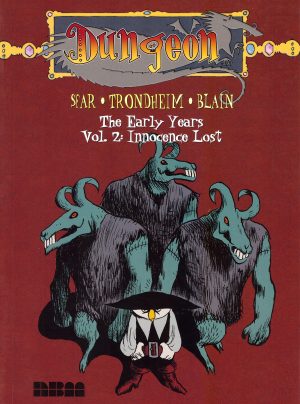