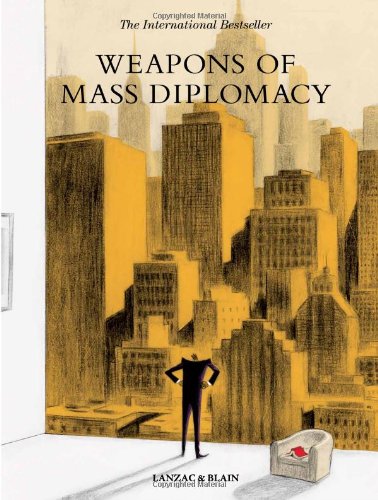 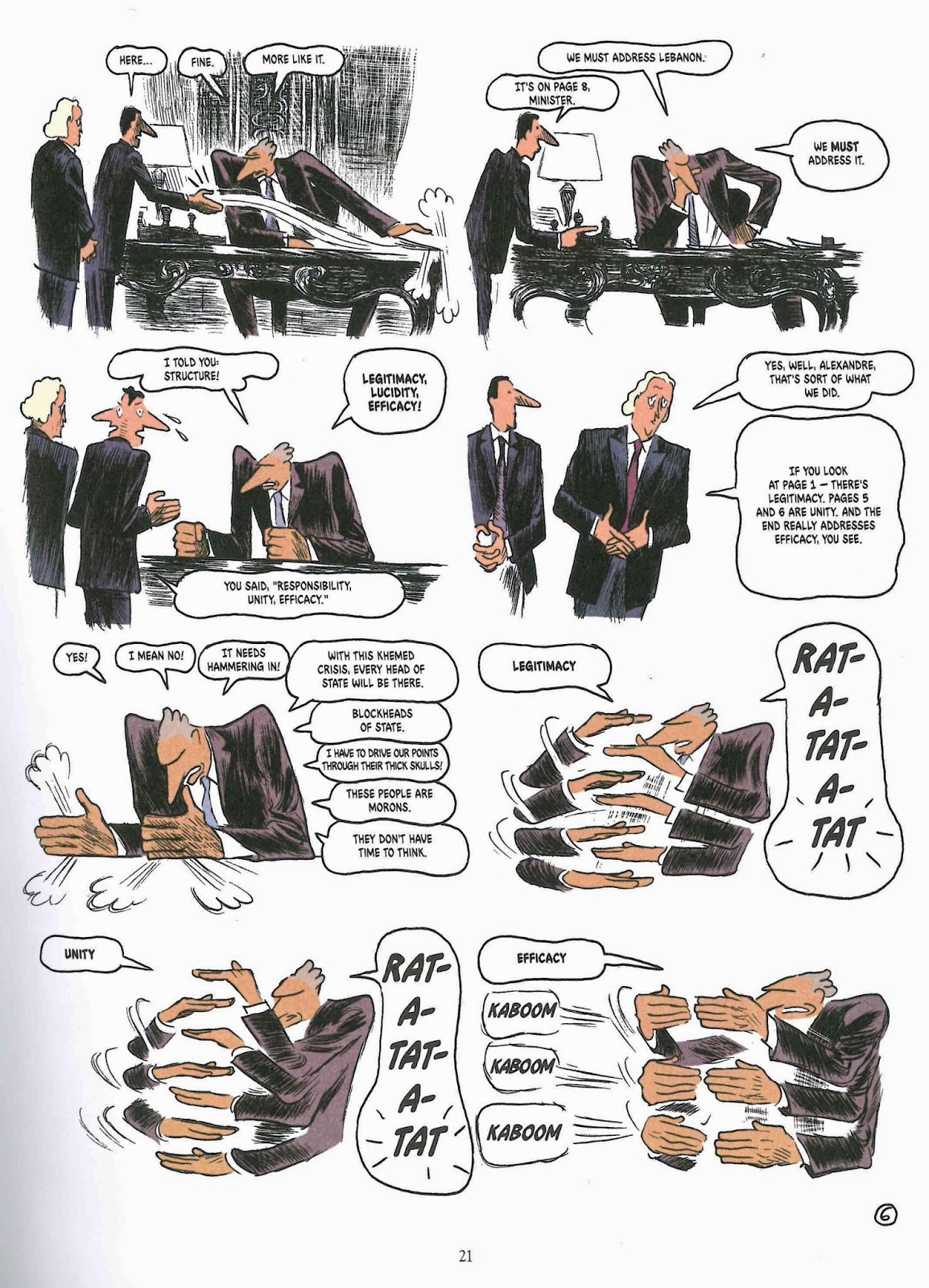 Weapons of Mass Diplomacy is a tour de force about a human hurricane who leaves devastation in his wake, yet is recognised by his staff as a visionary intellectual with a global outlook. Despite this, French Foreign Minister Alexandre Taillard De Worms is man who dazzles diplomatically, but is contradictory and capricious with his staff, tossing out noun-strewn hollow soundbites as instructions. His beset speech writer is commanded “Structure: Legitimacy! Lucidity! Efficacy!” as his commanding principles, unless it’s “Responsibility! Unity! Efficacy!” Or maybe urgency, or sinew, or love.

Our way into De Worms’ frenzied world is via that newly employed speech writer Arthur Vlaminck, himself a considerable talent, yet constantly stymied by each specialist advisor requiring their area of expertise be prioritised. And that’s never mind the backstabbing and political manoeuvring among the civil service staff.

The Guardian‘s review on the back cover makes the apt comparison with British TV show The Thick of It, but here it’s the Minister forcing the pace. There’s a convincing air of verisimilitude throughout, with an extra level of sardonic expertise supplied by writer Abel Lanzac being a pseudonym for diplomat Antonin Baudry. At the time he was writing this Baudry was French Cultural Ambassador to the USA, and his previous experience included working for Dominique de Villepin in the period preceding the Iraq war. This background knowledge informs events in the fictional Arabic state of Kheled, as discussed by recognisable depictions of real statesmen of the era. It begins as a minor problem among many for De Worms, not many rungs up the ladder from sorting out a squabble over anchovy quotas between French and Spanish fishermen. It escalates, though, and by the second of these two books combined in English, it’s accelerated to become the over-riding issue.

As brilliantly illustrated by Christophe Blain in a loose style reminiscent of Jules Feiffer, De Worms is constantly in frenetic motion, prodding, striding, expostulating, glad handing, and, very rarely, effusively congratulating. His brow is constantly furrowed, his eyes barely seen, his flat head and long nose constantly forming an arrow pointing the direction, and his oversize hands blurs of infinite expression. It’s a masterful portrayal, and he dominates every page on which he’s present. Blain’s sketchy cartooning is extremely communicative, and the remainder of the cast are equally well portrayed, with the frustrations endured by Middle-East expert Cahut presented in more subtle fashion. Blain also knocks off a superbly sleazy Italian Prime-Minister in a couple of panels.

Memorably quotable material positively flies off the pages – “ever watch a pair of dogs in the road? They recognise each other right away. It’s the same with ministers.” – many originated by ancient Greek philosopher Heraclitus. His writings are near gospel for De Worms, a compulsive highlighter who’s prone to opening a page at random and finding a quote relevant to any situation. A doctrine of reaction to perpetual change, as advocated by Heraclitus is a fitting starting point for diplomacy, as is “the thunderbolt pilots all things.”

The book is episodic, finding a place for brief sidelines such as De Worms initiating impromptu lectures on diplomacy while at the beach (a scene somehow never considered for The West Wing), and for the consequences Vlaminck’s position has for his personal life. It’s so skilfully created that the reader should be happy to meander where the narrative leads.

Weapons of Mass Diplomacy is very, very funny, sharply written and superbly drawn, which is all the more remarkable for the topic at at hand being what many would consider terminally dry. All graphic novels should be this good.