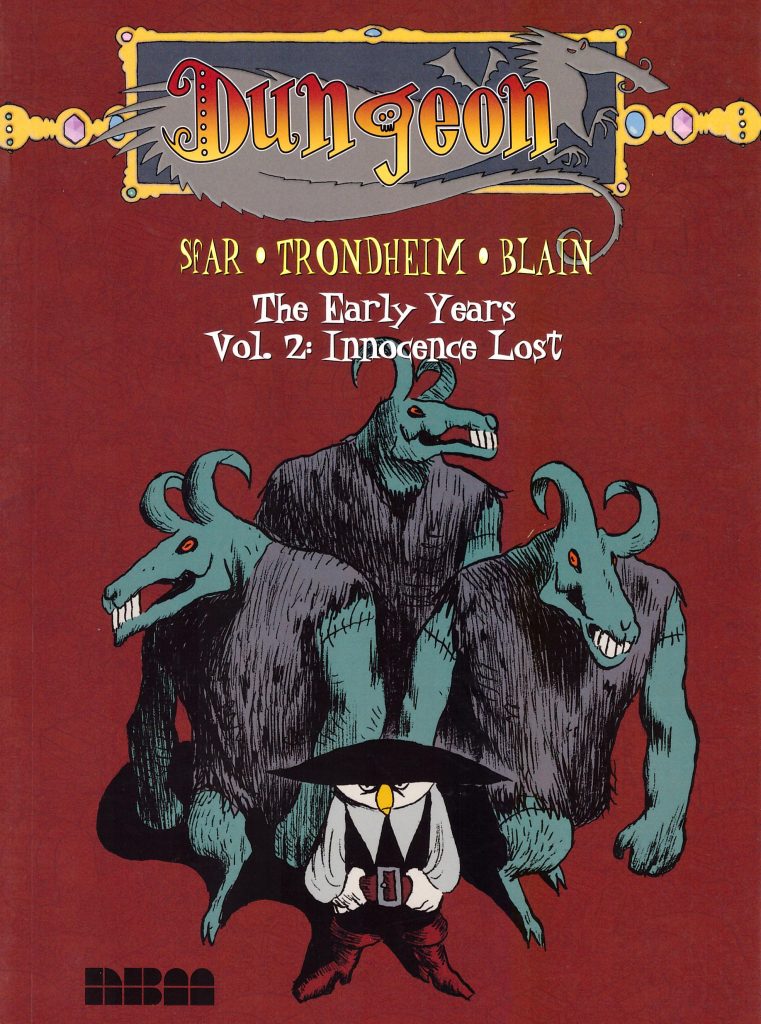 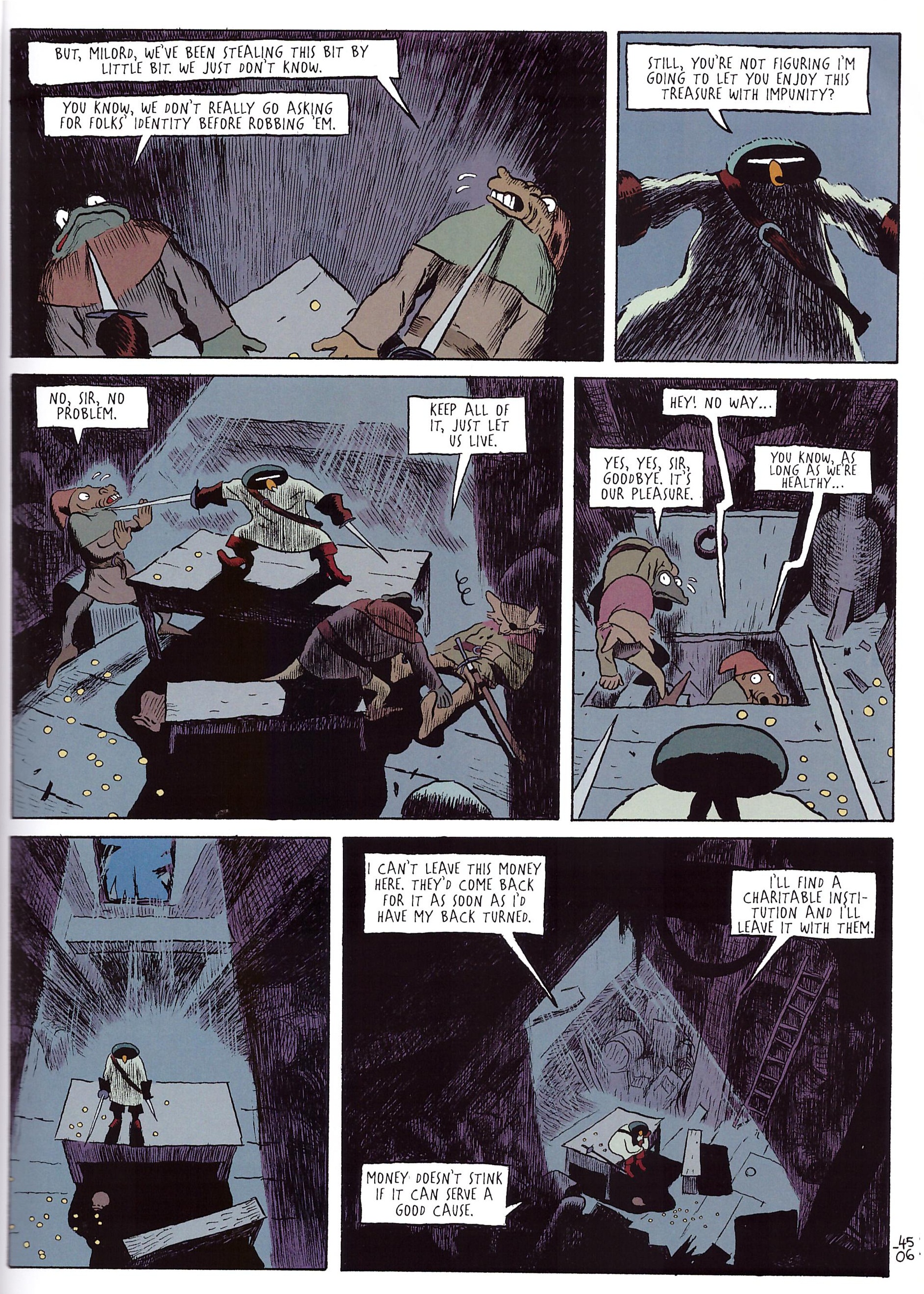 From the Zenith series we know the person we’re watching as the young Hyacinthe, university student with nocturnal sidelines, will become the Dungeon Keeper, in charge of the most magnificent selection of creatures and treasures the world has ever seen. However, before he can become that person he must develop. In The Night Shirt we saw his forming a sense of justice in a corrupt world, determining to strike a balance in favour of the helpless by becoming a nocturnal avenger and whittling down the criminal fraternity. Another factor in the making of a person is experiencing their first broken heart. It’s not as if Hyacinthe is unaware that Alexandra is a wrong ‘un. He knows her associates, knows she works for hire, and has seen her kill, yet his infatuation is absolute. Surely no good can come of this.

With the exception of occasional stories in the Monstres series, The Early Years is the darkest of the Dungeon catalogue, and that’s down in no small part to artist Christophe Blain. He downplays the comedy moments, and his city is designed on such a scale that little light reaches the streets, meaning an almost constant gloom. Most people seen are intimidating to a greater or lesser degree, and Blain draws them in a manner suggesting ambivalence, ensuring Hyacinthe has little idea who he can really trust. An idyllic couple of pages set in fields with the sun shining provides a far greater emotional resonance than it might under other circumstances.

Readers of the Dungeon series set later in the continuity will note writers Joann Sfar and Lewis Trondheim throwing in earlier glimpses of their later running jokes, such as the rabbit society and pub, as all the while Hyacinthe is thrust into situations not to his liking, but which build him.

As is the case for all NBM’s English translations of Dungeon, this book combines what was originally two European albums, and there’s a big leap between the first and second stories. Hyacinthe, now known in the city as Count Cavallere, has grown considerably, has just buried a wife he admits to cheating on, and plans to build a subway beneath the city have progressed. There have been warnings about the dangers of this scheme in earlier stories, and like warnings of climate change in the real world, there are always those who want to make their money first and see to any problems later. By the end of the book we’ve seen Hyacinthe installed in his family home, a young Marvin, several others who’ll have roles to play in the Dungeon’s future, and learned why it is the Dungeon stands remote rather than near a city. It’s all very deftly handled in what could easily be taken as straight dark fantasy. Fortunately the whimsical elements introduced, but rationed, by Sfar and Trondheim prevent that.

This doesn’t complete the story of Hyacinthe’s transformation into the Dungeon Keeper. That’s achieved in the fifth and final book of the series, but it poses NBM with a problem as they package two books to a paperback, and this 2008 conclusion has been left stranded, not published in English.