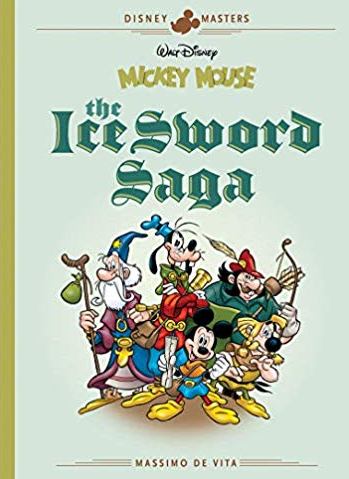 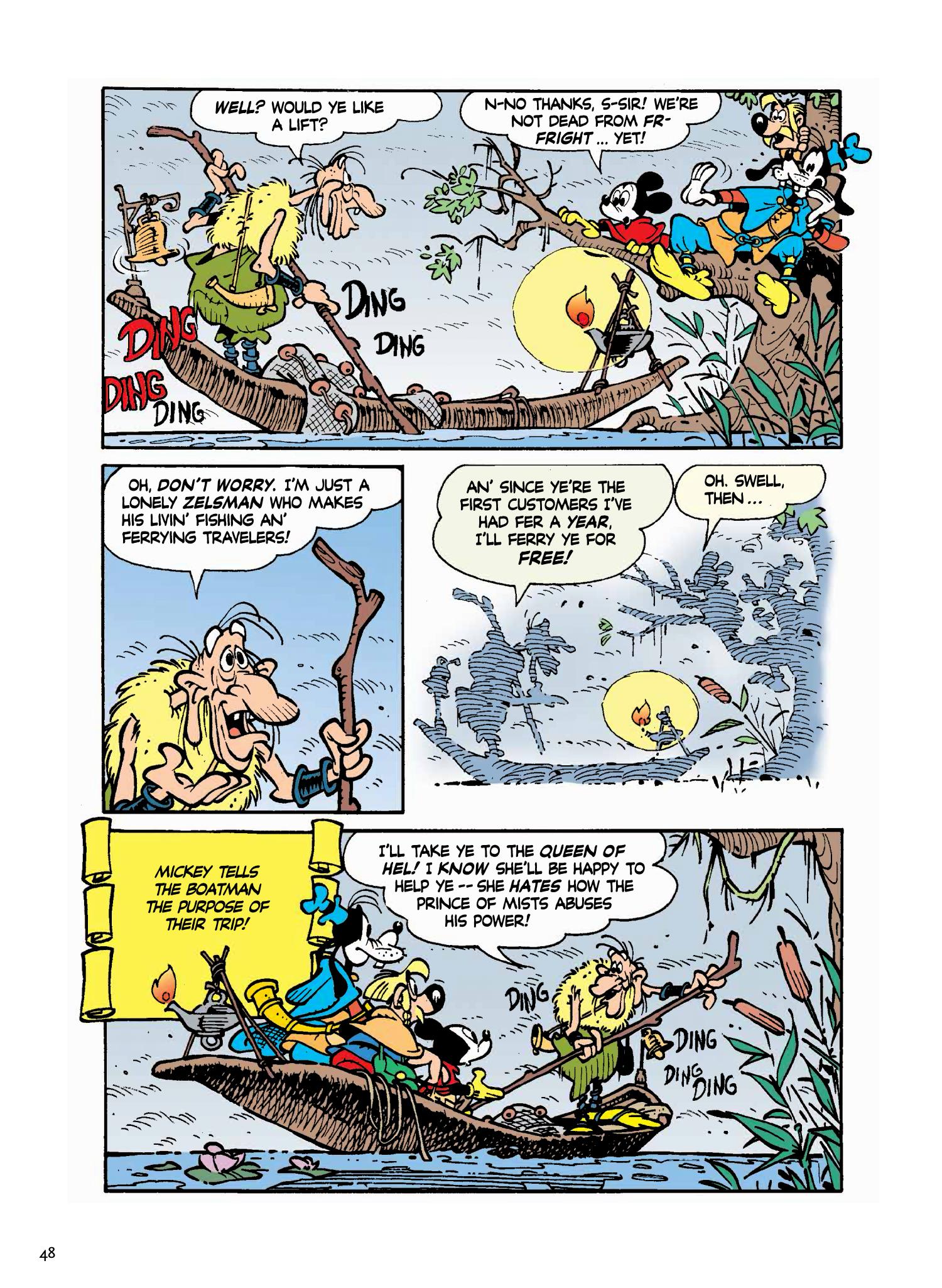 In a series like Disney Masters it’s always going to be difficult to top the quality of the book before, such are the standards of the various creators. Yet Fantagraphics has been holding an ace up their sleeve and produce it in this ninth volume. That ace is Massimo De Vita, born to draw Disney comics and his crowning achievement a glorious saga beginning with Mickey Mouse: The Ice Sword Saga Book 1 presented in English for the first time.

An informative essay on De Vita claims he is renowned for two things. He has never worked for anyone other than Disney since he started there as a layout and art finisher, and the second is his love of travel, a man never in one place for long yet keeping a rigid work schedule wherever he is. Incorporating archaeology, folklore and history into his stories his Disney influences range from Disney Italia greats Pier Lorenzo De Vita (his father), Scarpa and Carpi to Americans Paul Murry and Al Hubbard but the lush vibrancy and imagination of his stories is all his.

While Mickey’s name headlines, Goofy that has the starring role, De Vita very fond of the incredible artistic range Goof has. Unlike the fantasy epics and Norse sagas De Vita draws from, the two stories found here are concise, a mere three to four chapters each, which if anything enhances the quality and makes for some of the best fantasy written. ‘The Secret of the Ice Sword’ introduces us to the alter-dimensional land of Argaar, currently blighted by the tyrannical Prince of the Mists. Renowned for his great powers of persuasion and illusion making him nigh invulnerable, he was defeated eons ago by a hero from the Tenth Dimension named Alph. The venerable sage Yor sends a less than willing Boz through realities to find the hero, but instead he finds Goofy and Mickey. In a case of mistaken identity Goofy and Mickey, aided by Boz, Yor and the trollish huntsman Gunni Helm, search for the legendary Ice Sword. ‘The Great Tournament of Argaar’ returns the duo to Argaar though time has moved on. This time the threat lies in the form of an ancient volcano, the mineral capable of diffusing it in the hands of the petty King of Bedi. He’ll provide it but only if Goofy agrees to be his champion in the titular tournament.

From start to finish De Vita draws us into an incredible world of castles, monsters and quests. De Vita produces all his own art with marvellous attention to detail, the panels lush and vivid. A quote describes Massimo as a writer who “defies comics’ traditional clichés, creating unique juxtapositions of drama and comedy, of seriousness and meta-humour.” While a dangerous threat always looms there are imaginative solutions within succinct yet clever plots. Goofy as the bumbling lead is genius, the artist utilising Goof’s magnificent facial expressions and affable naivety to charming effect. Mickey in the support role is no less charming, though Goofy steals the show, knowing he is clearly in over his head and fumbling through with good humour.

Whether you are a fantasy fan or not, The Ice Sword Saga is worth every one of its five stars and will have you clamouring for more. It’s fortunate, then, that The Ice Sword Saga Book Two is also part of the Disney Master series, although the next volume is Donald Duck: The Scandal on the Epoch Express.