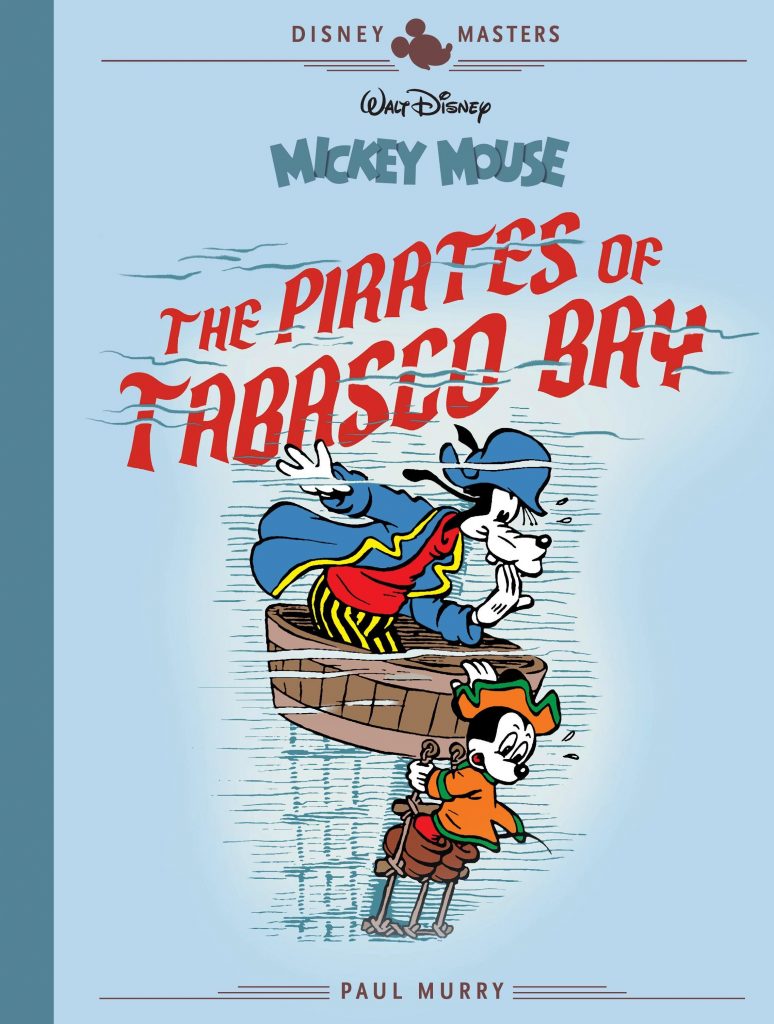 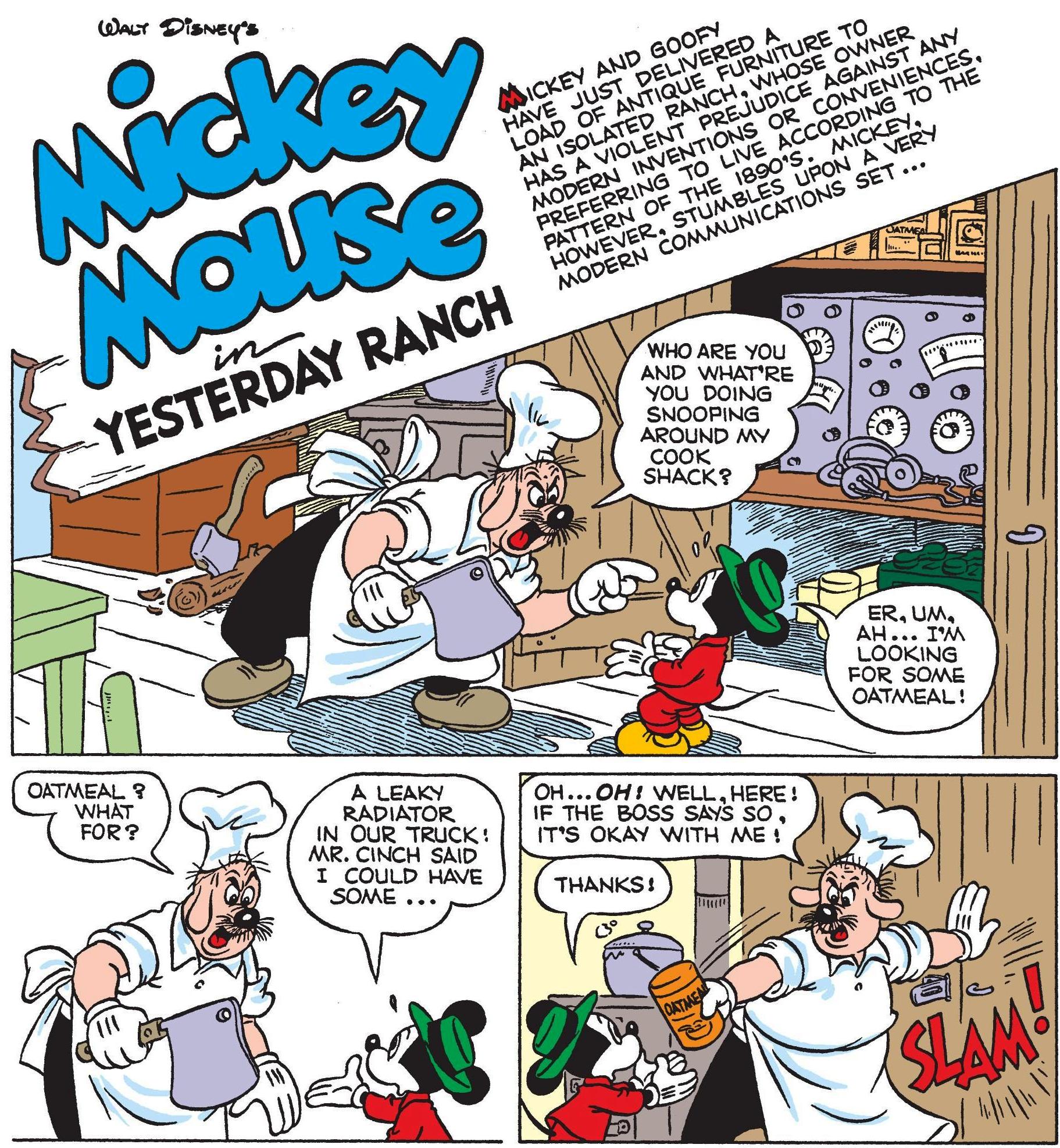 Paul Murry’s work with Carl Fallberg on Mickey Mouse featured in The Case of the Vanishing Bandit, though Fallberg isn’t officially credited for his work there. Fantagraphics have set that right for The Pirates of Tabasco Bay and given a dynamic partnership within Disney comics their full dues. Murry without Fallberg is a bit like ice without the cream: individually they’re good but together they weave magic.

These stories originally ran in Walt Disney’s Comics and Stories between May 1955 and January 1957. ‘The Lost City’ in particular has a classic 1950s air in presenting both fashion and the cultural attitudes of the time. To go on a fishing trip Mickey and Goofy ferry an archaeologist named Zink down to Mexico in exchange for fueling their aeroplane. Zink is leading an expedition to discover the Lost City of Coyotehautl but they’re shot down by Mexican bandits. When Zink is captured by Pepito, the most dangerous bandit in all Mexico. The kind-hearted duo set off to save him with the help of the bandit’s brother Pancho amid some inventive problem solving all the way to an odd ending. It’s entertaining, but the cultural prejudices of the time show through and affect the story negatively, though there are redeeming points. A hallmark of the Murry/Fallberg partnership is how instantly recognisable Mickey and Goofy each are, not just because of their look, but because of their iconic gestures and speech patterns. That’s always a pleasure.

In ‘The Yesterday Ranch’ Goofy wins new furniture, so sells his old furniture to the owner of the Yesterday Ranch where they live and work, like in the Old West. Mickey to helps him deliver the furniture, inadvertently discovering a scheme to make money from someone else’s work. It’s a clever setting for a story with some expressive artwork from Murry, Fallberg’s dialogue sardonically humorous and again with some neat twists to the plot. Attention to tight, workable plots is another hallmark throughout, whether the fun chase caper of ‘The Marvelous Magnet’, the mystery of ‘The Case of the Hungry Ghost’ or the pair’s adventures on the steam loco Penelope (‘The Vanishing Railroad’). Murry is just consistently good, wringing anxiety out of Mickey when he loses something of value to Goofy in ‘The Great Stamp Hunt’.

The best is ‘The Pirates of Tobasco Bay’, the title feature when Mickey and Goofy visit Uncle Marmaduke in the ailing seaside resort of Tobasco Bay. To turn its fortunes around they organise a festival based on the town’s pirate history, even getting an old schooner ship-shape to recreate pirate raids. When Black Pete hears about it he spots an opportunity for some dirty deeds. There are some outstanding art sequences set among the fog shrouded oceans, drenching the panels with atmosphere. What’s interesting is that Fallberg doesn’t just end on a happy note, but ekes as much real world drama out of every panel on the way to his finale, thereby garnering sympathy for the cast and making it relatable to the reader.

Many artists featured in the Disney Masters collection emulated Carl Barks or Floyd Gottfredson, but Murry’s style is uniquely distinct. Apprenticed to Fred Moore he learned that each panel should be able to lend itself to animation, the result some lively stories across a number of different genres told masterfully by Fallberg.

The eighth volume of Disney Masters returns to the work of the Mouse Maestro Romano Scarpa in Donald Duck: Duck Avenger Strikes Again. 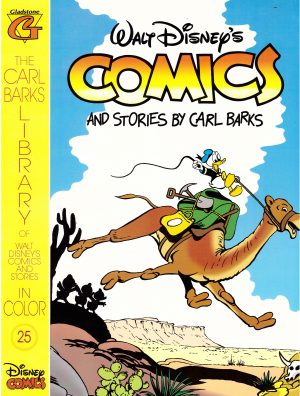 Walt Disney’s Comics and Stories by Carl Barks No. 25

Walt Disney’s Comics and Stories by Carl Barks No. 25