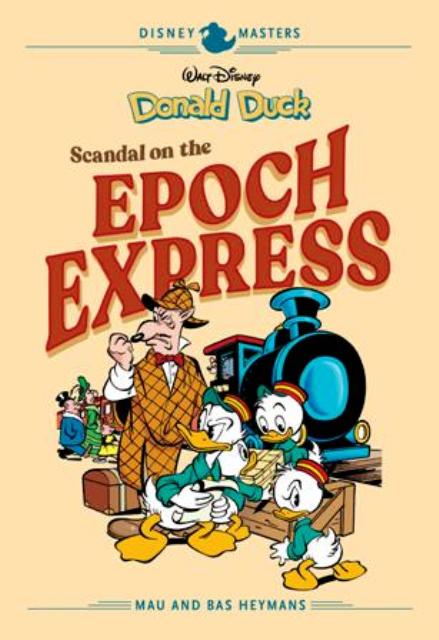 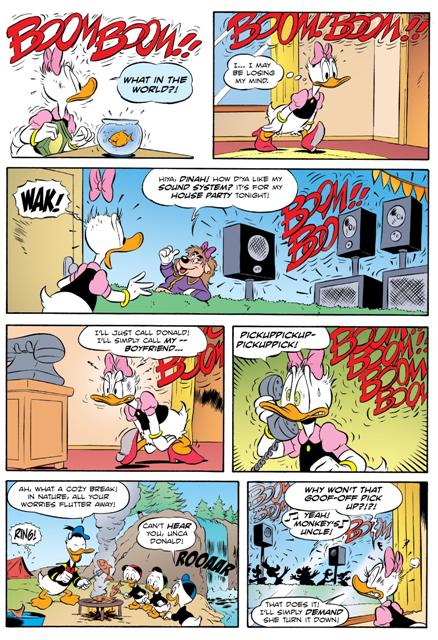 The most unusual thing about brothers Mau and Bas Heyman’s work in Donald Duck: The Scandal on the Epoch Express is that the earliest piece is from 1996. This makes them the youngest artists to be featured in Fantagraphics’ Disney Masters, even at the approximate ages of 59 and 61.

Like most Disney artists, especially those specialising in Donald Duck or Uncle Scrooge, the Brothers Heymans were inspired by reading Carl Barks’ stories, yet their creative beginnings are quite the opposite, starting out in Holland’s underground comix scene. The most productive artist for Dutch Disney, Bas is the eldest and a self-taught artist. Wee brother Mau is classically trained and has worked for the Mouse Factory the longest.

It is believed that under the guiding hands of Mau and Bas, you won’t find a more expressive Donald Duck. Over years they have developed techniques in order to demonstrate an emotionally nuanced Donald, like an elongated beak when he’s peeved off. Whether this is true, only the experienced Disney Comics connoisseur will be able to decide. Suggesting anyone could draw a better Donald than the great Barks is tantamount to sacrilege and The Scandal on the Epoch Express is only a smattering of the Heymans’ collective output.

Unintended controversy aside, Mau and Bas are very versatile creators able to both script and illustrate as a duo or individually. You’ll not likely pick one’s art out from the other when they do work together but there are differences. Bas likes a bolder line in order to make his cast stand out (‘Scandal on the Epoch Express’) and loves working with the more obscure Disney players like Big Bad Wolf (‘Family Feud’). In his stories you will find a wide array of recognisable Disney characters going about their daily business. The joy comes from watching his Donald blow a gasket, a marvellous artistic sight to behold, but better still is the usually unflappable Daisy flipping out (sample art from ‘Daisy Duck’s Diatribe’).

Of the two Mau is more likely to either write or draw, and better when he does both. Tales take on this fun vibe, the gags funnier (‘Bargain Battle’) and he’s a far more relaxed artist willing to experiment (‘Dieu Dieu Duck’). With other writers he tends to be more restrained though has a great energy with Kirsten De Graaf. Like his brother, Mau also relishes rendering oddball characters like Winifred the Witch (‘Winifred’s Revenge’). They may be on a page but his cast will bounce, mope and dash around almost threatening to come alive (‘Healers of the Andes!’).

Neither brother uses their extensive cast members as simple background filler. Each one is distinctive, facilitating their stories in some little way. It gives a sense of community, that Donald and Scrooge are part of a greater universe. This is most apparent when Gladstone Gander appears, he and Donald winding each other up into a marvellous frenzy (‘The Daisy Chain’/‘The Laurels of Julius Pecunius’).

Duck stories by Mau and Bas Heymans have two lovely characteristics. They are always fun and secondly, Donald has a much fairer life. Some good luck finally comes his way, even getting the better of Uncle Scrooge and Gladstone. Due to the number of writers initially involved (often at the same time) the second half – featuring original work by both brothers – is the better, but artistically it’s a book always improving.