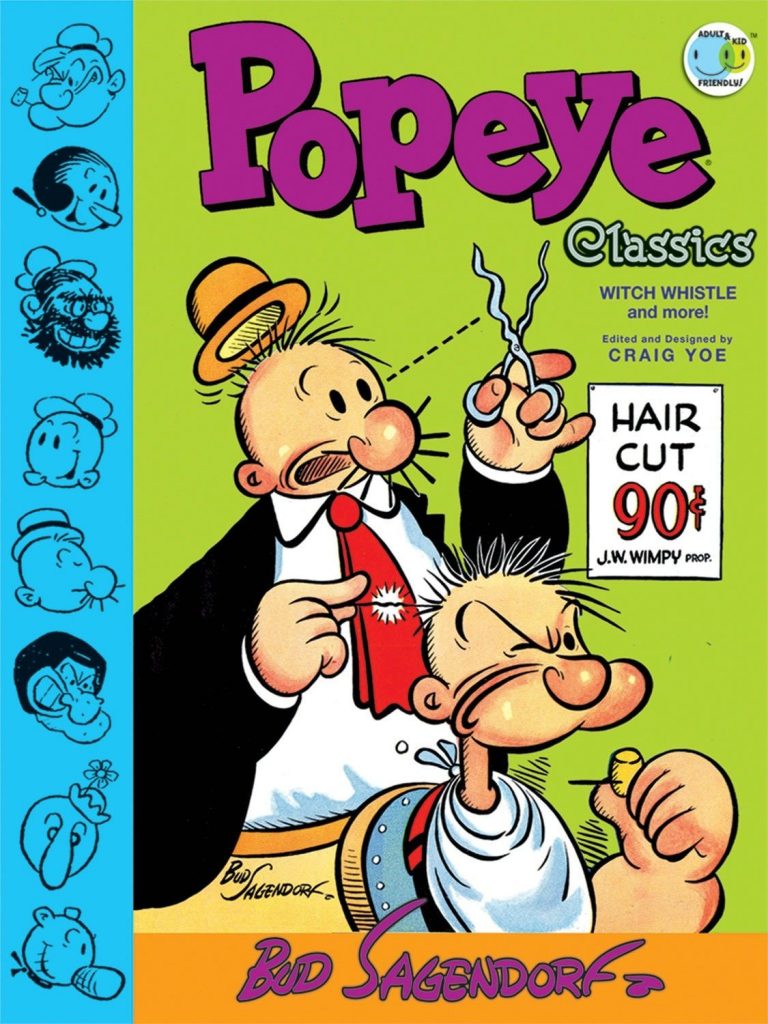 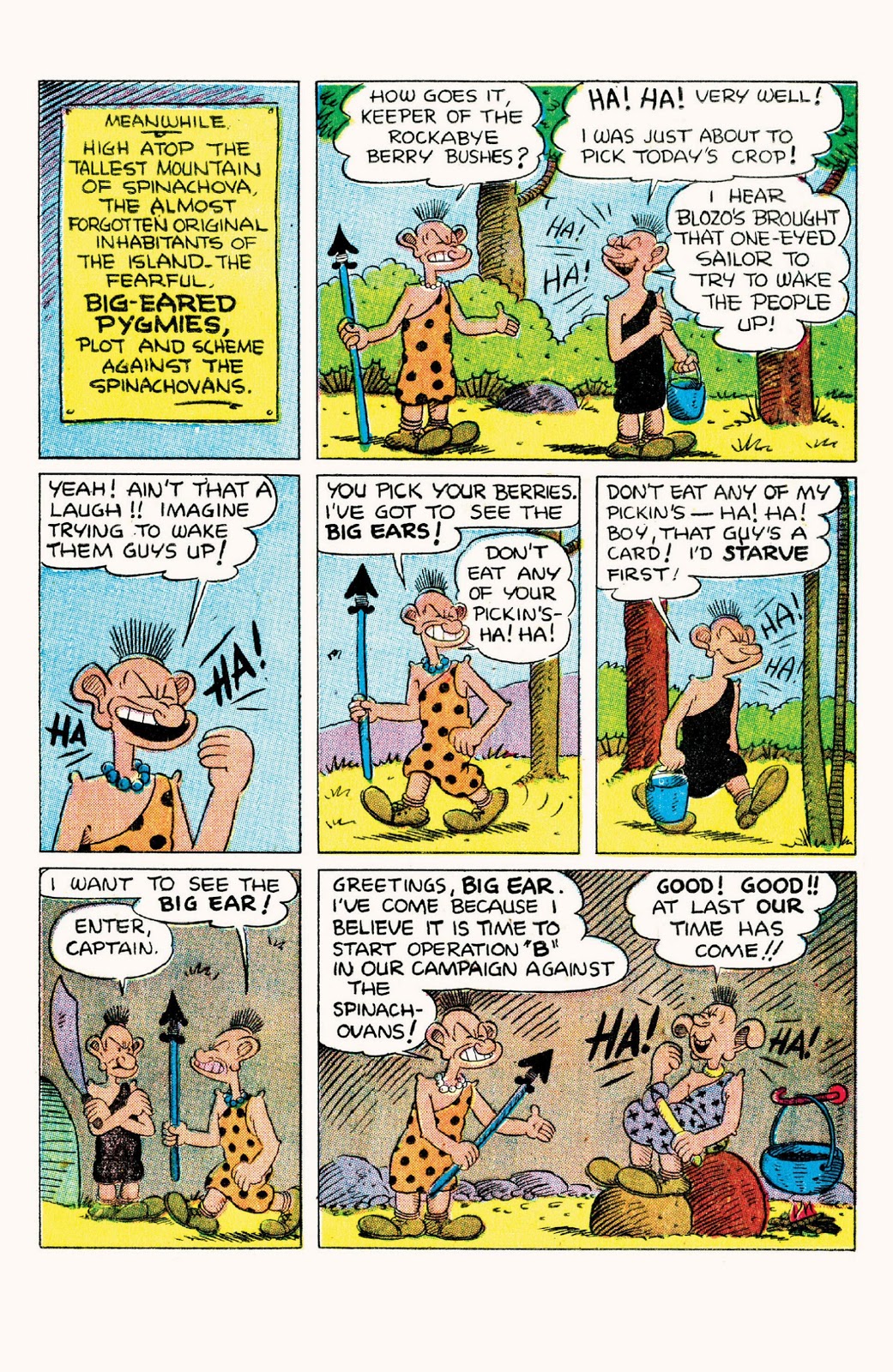 In this third selection of Popeye comics reprints, this time covering 1950, the irrepressible Bud Sagendorf continues to prove why his touch with the character’s comedic anarchy and dangerous unpredictability is so masterful.

Attention should be drawn to the selection of stunning covers, each a perfectly pitched gag composition with the grizzled old sea dog involved in something intriguing. This time it’s the rarely seen view beneath the famous sailor cap. Editor Craig Yoe chooses to mention ‘Witch Whistle’ on the cover, and it’s presented halfway through this parade of laughs. It’s magnificent, featuring Popeye’s return to Spinachovia (see Classics 1) where the indecisive King Blozo is plagued by a rash of vanishing farmers. The cause is sinister old nemesis the Sea Witch, whose army of giant vultures seem unbeatable.

That’s Popeye’s second visit to Spinachovia in this collection, the first being the opening longer tale, which features another title from Sagendorf’s erudite wit that’s almost a story on its own: ‘Rockabye Berries! – A Lethargic Tale of Slumbering Horror amid the Snoozing Sleepers of a Drowsy Island’. This time King Blozo pleads for aid to overcome a bizarre plague of sleeping sickness. The old salt soon stumbles onto – and deals with – the cause, which proves to be the island’s long-forgotten and rather aggrieved original inhabitants. ‘Drip! Drip!’ finds the nautical champion still in Spinachovia as a vile villain tampers with the water supply and the sailor-man is forced to dig deep to achieve his purpose.

Over the remainder of these classics there are stories as diverse as nautical bully Typhoon Thomas relentlessly pursuing the sailor-man to force a duel and prove his own toughness, the crafty cove adapting maritime techniques to cowboy pursuits, and ‘Swell Day’. That pits Popeye against bullying adult sadist The Duke, who loves to make kids cry, forcing out hero to adopt infantile camouflage to teach him a lesson! There’s a treasure hunt, a shipwreck, trouble from the Moon Goon, and in ‘Western Railroading!’ the sailor-man sets up his own wild west train line. Sadly, with Olive Oyl as his sole passenger, business gets pretty tough, pretty quick.

Have we mentioned master moocher J. Wellington Wimpy? He attempts to teach fiery prize-fighter Popeye how to lose a fight, and is defeated by the machinations of Poopdeck Pappy and tricked into a day’s hard labour. He’s also lured into excessive effort – and mortal combat with a cow – in a western ‘Gold Rush!’

There is more than one Popeye. Most of them are pretty good, and some are truly excellent. This book is definitely top tier and for those who love lunacy, laughter, frantic fantasy and rollicking adventure. Popeye’s back in Spinachovia again next time for King Blozo’s Problem. 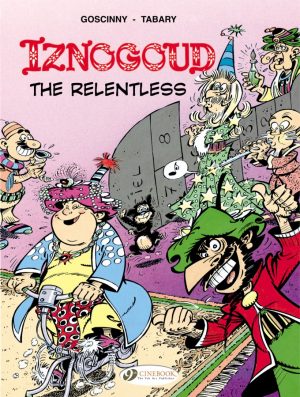