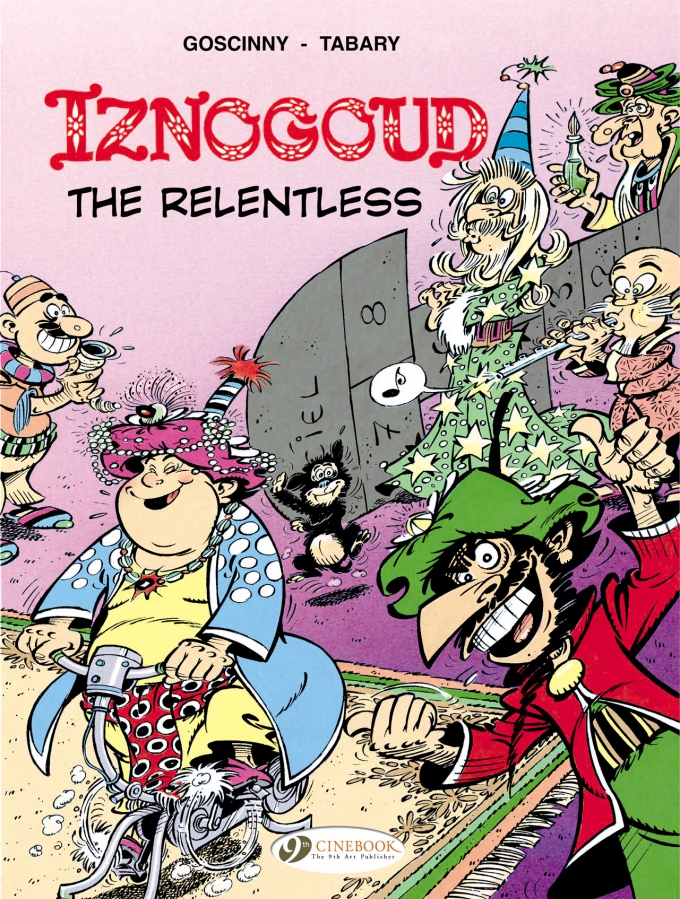 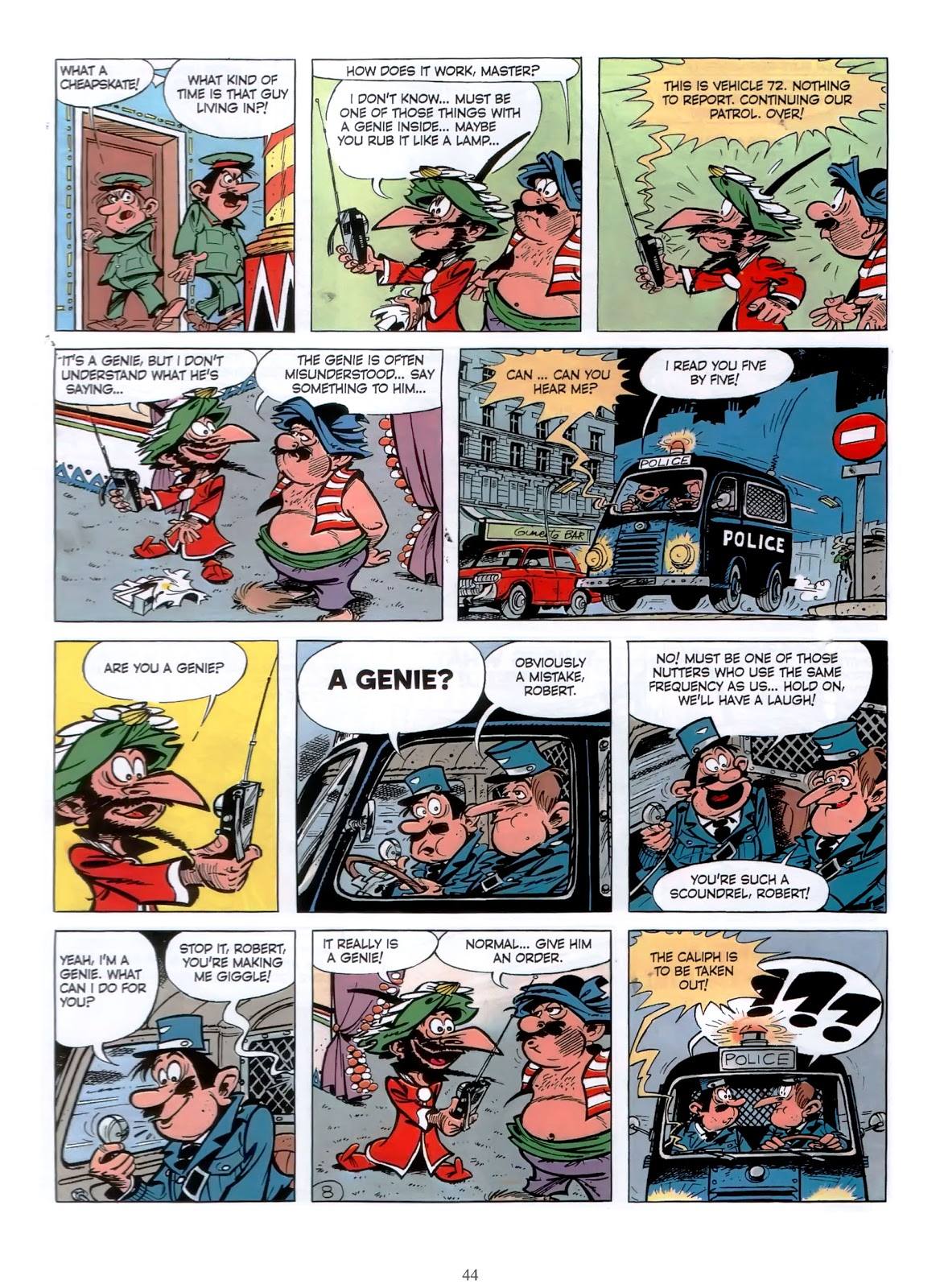 “René Goscinny gave the comic strip respectability. Before Asterix, the comic strip was scorned in France. And the scriptwriting went unrecognised. It is he who gave it this importance.” That’s Iznogoud artist Jean Tabary, quoted on the back cover of Iznogoud the Relentless, describing his collaborator on this long-running comic fantasy series.

Goscinny is of course best known for writing and editing Asterix the Gaul, Lucky Luke and a number of other foundational French language comic strips. A Goscinny script is typically distinguished by a profusion of puns, an almost architectural attitude to plot and structure, and a satiric energy that frequently takes aim at modern society no matter the strip’s ostensible historical setting (in the case of Iznogoud, old Baghdad).

In truth, the Izngoud stories rarely scale the same inspired heights as Asterix or Lucky Luke. Nonetheless, almost every album collection such as this one offers solid, polished entertainment that should still amuse younger readers in particular, although the racial and gender stereotypes sometimes present need more contextualising than publishers Cinebook provide – a shame, as they’re otherwise to be applauded for finally bringing out this volume in an English translation.

Iznogoud the Relentless collects five eight-page stories, all of which start from the same basic (one might almost say repetitive) premise – that wicked Grand Vizier Iznogoud will stop at nothing to become Caliph of Baghdad in place of the present incumbent, the good Haroun Al Plassid.

This time round the best is saved for last. In ‘The Magic Catalogue’, Iznogoud acquires an enchanted gift guide  – The Seers Catalogue of Bombay, not to be confused with The Daily Nail, “the official newspaper of fakirs, mages and mediums” – from which he can order only three incredible devices from the far future, such as an exercise bike or a walkie-talkie. When Iznogoud’s scheming as usual goes all Pete Tong, we get an extraordinary leap into present day Paris, nicely rendered by Tabary, who clearly welcomes the chance to draw something a little more contemporary. There’s also a delightfully cheeky strain of self-referential humour when Iznogoud admits, “I’ve only read comic books since I was a child. They made me the man I am today …” You and me both pal.