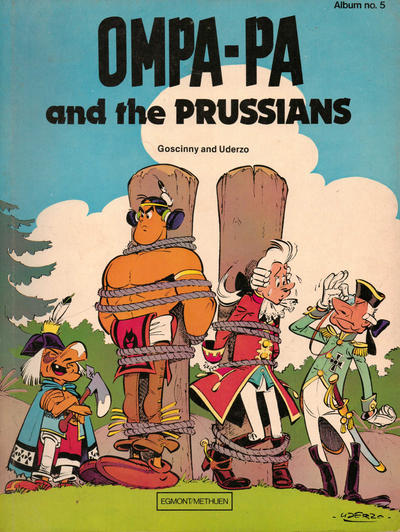 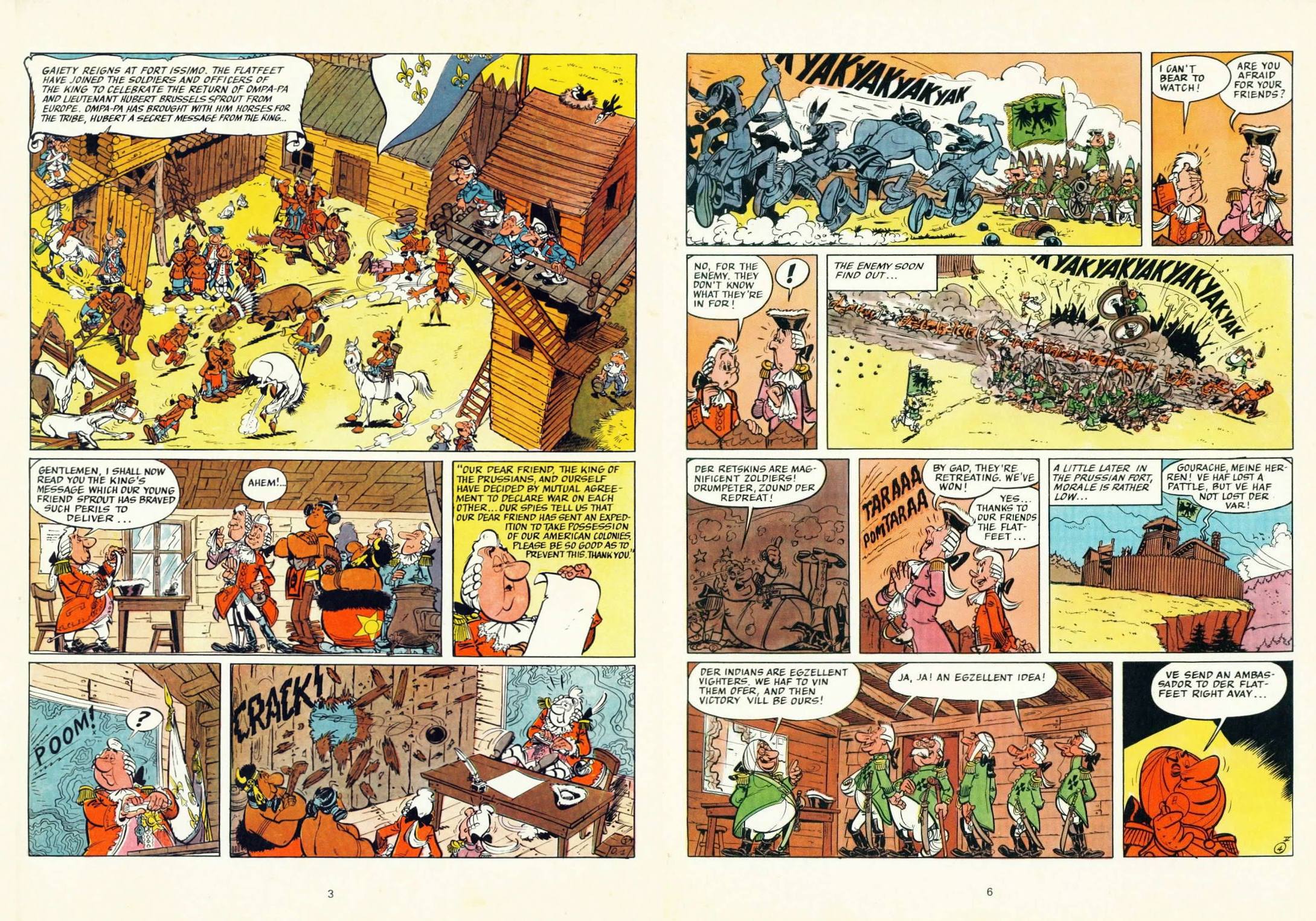 When René Goscinny and Albert Uderzo serialised the final two Ompa-Pa adventures, they were also working on Asterix, and eventually decided that character and his fellow villagers were a richer source of comedy than Ompa-Pa. However, the experience on a different feature sharpened Goscinny’s approach, resulting in this being the best of the five Ompa-Pa stories, and making it a shame the creators couldn’t continue both features. The evidence is apparent on the first page as the content of letter sent in Ompa-Pa and the Secret Mission is revealed, with the ludicrous formality of the King’s language about a declaration of war on Prussia being very funny. Uderzo also excels, with a great opening half page of the Flatfoot tribe coming to terms with their newly arrived horses. It’s joyous and energetic. On the right hand sample page there’s a prototype for the later regular sequences of Obelix barrelling through a Roman troop in Asterix.

The Prussians soon realise that with the Flatfeet as their allies the British aren’t going to be dislodged from their fort, so the story becomes about the trickery they resort to in order to shift the odds in their favour, and the treachery between tribes. Goscinny supplies some good gags playing on the generally patronising attitudes to Native Americans. None of the tribes is going to be bought off with glass beads for starters, and there’s a very funny use of laughter.

As this is a 1970s translation of a story serialised in 1962 some terms used are offensive by today’s standards. Ompa-Pa refers to himself as a Redskin, and it’s repeated by others. How this is seen defines the reaction you’ll have to Ompa-Pa and the Prussians. If it’s accepted as the unthinking, ignorant terminology of the times with no malice on the part of the creators, then this is the best of Ompa-Pa, a funny story that still stands up well. If your view is that no such terms are acceptable irrespective of the times or intention, then this isn’t the story for you. Remove the term ‘Redskin’, and the story is joyful fun, generally sympathetic toward Native American culture, noting bravery and skills, and as with most Ompa-Pa, it’s better drawn than Uderzo’s shaky first few Asterix graphic novels. 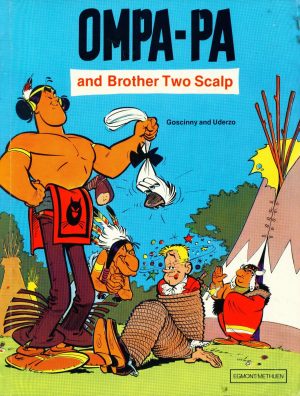