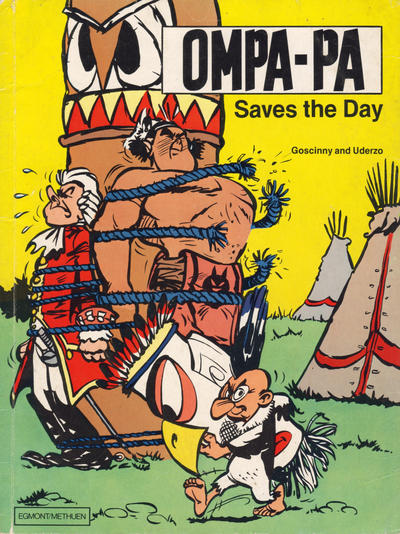 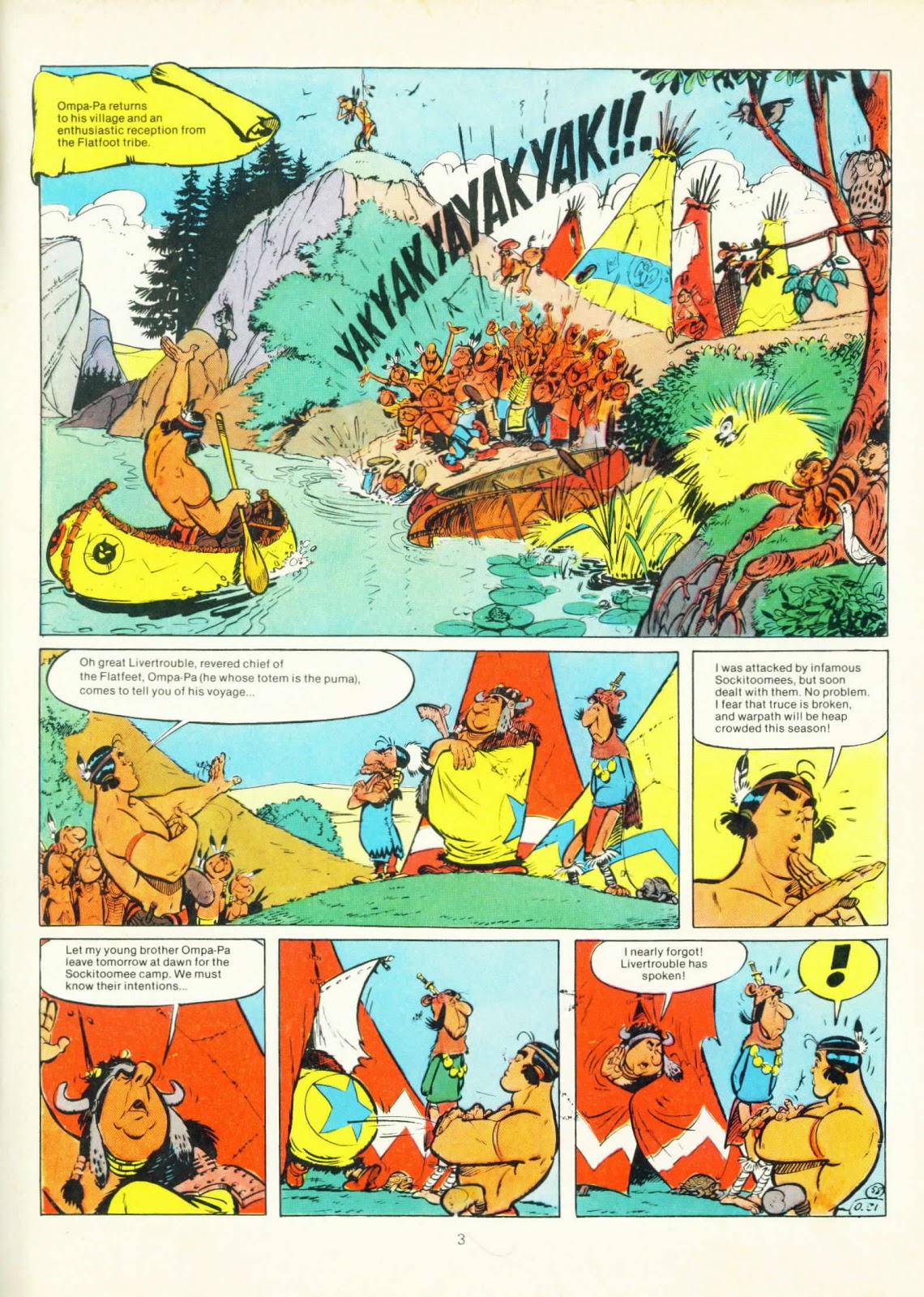 As seen on the opening page, presented as the sample art, Ompa-Pa Saves the Day picks up immediately after the conclusion of Ompa-Pa and Brother Two-Scalp, with Ompa-Pa returning to the Flatfoot tribe to relate his exploits. It’s a technique the creators will use throughout the series.

The busy opening panel displays that it might be relatively early in Albert Uderzo’s career, but he already had a fine eye for using the space of a larger panel, down to the inclusion of Disneyesque forest creatures. As before, this is an artistic treat, drawn with greater polish than some his earliest Asterix books. Several other energetically packed half-pages equally as good feature later.

Also as before, there’s the troublesome, sometimes ignorant portrayal of Native American culture for cheap laughs, not helped by Nicholas Fry’s 1970s translation using the word “redskins”. As he’s deft enough elsewhere, and the title of the first album remains Oumpah-Pah Le Peau-Rouge in French to this day, his translation is surely literal. It’s a portrayal without malice, though, the creators never seeing past the culture as a source of jokes, and applying the same sensibilities to the pomposity and arrogance of the British naval officers. In other places René Goscinny has carried out his research, and incorporates cultural aspects such as the painting of a sign indicating someone is an emissary, and not to be attacked.

Whereas the opening Ompa-Pa story was created via stringing together a series of slapstick gags, this time Goscinny applies more thought to a cohesive plot. He builds on the friendship developed between Ompa-Pa and British officer Hubert Brussel-Sprout as the key element when the Flatfeet go to war with the neighbouring Sockitoomee tribe, also seen in the first book. Ompa-Pa is likeable, cheery and never at a loss, and parts of the plot of three opposing forces causing mayhem between them would later be recycled for Asterix and the Roman Agent. By then Goscinny and Uderzo were masters of their craft and it was handled with compact brilliance, while this is more of a prototype.

Put aside the stereotyping and this is a more enjoyable comedy than Ompa-Pa’s introduction. And speaking of Asterix, Ompa-Pa and the Pirates is next.