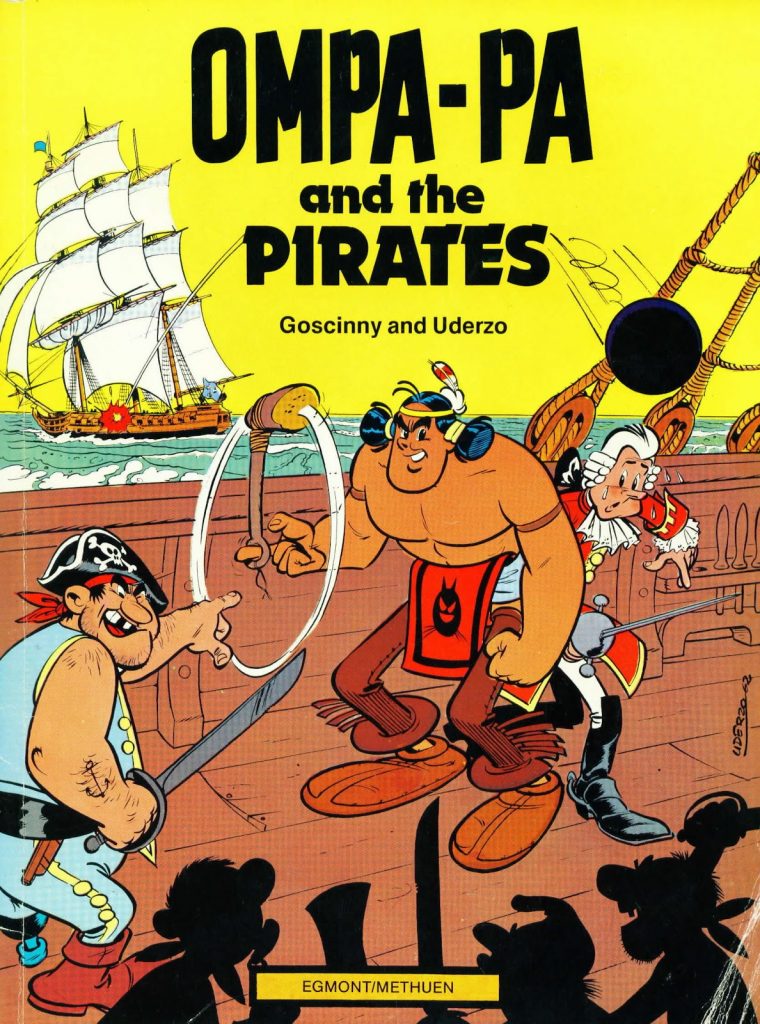 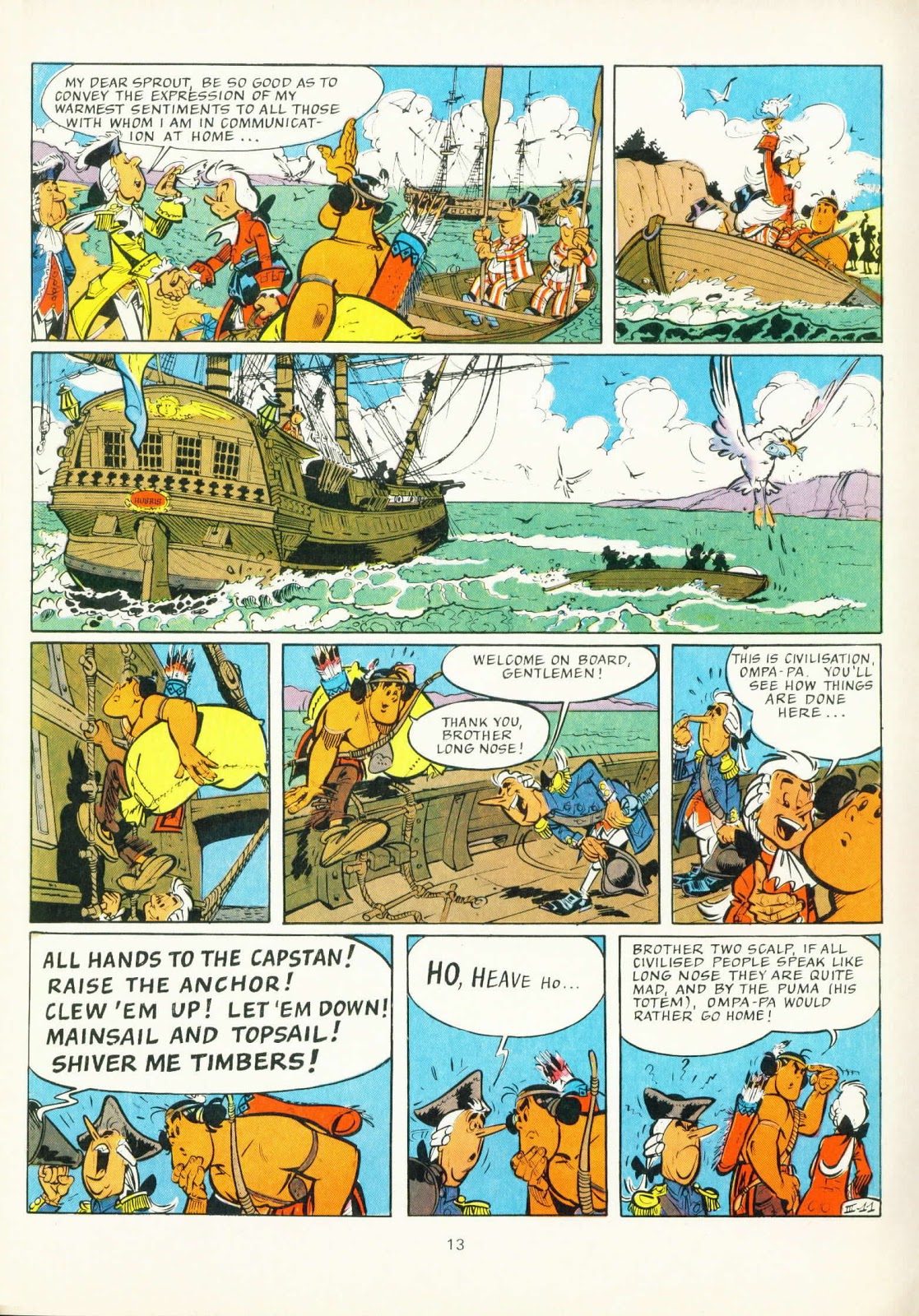 For a second consecutive book René Goscinny begins his new story at the point immediately after the previous one finished, with the Flatfoot tribe taking their leave of the British at Fort Issimo after the defeat of the Sockitoomee enemies in Ompa-Pa Saves the Day. Building on what Ompa-Pa and Hubert Brussel-Sprout began, a state of friendship now exists between the British and the Flatfeet, and to cement that Ompa-Pa accepts an invitation to spend some time at the fort.

Ompa-Pa and the Pirates was originally serialised in Tintin magazine in 1959, the same year Goscinny and Albert Uderzo launched Asterix, which they eventually saw as the better bet. The pirates introduced here don’t have quite the same scurvy appeal as those refined in Asterix over the years. They’re led by the fearsome Keel Haul, but are otherwise generic, with Ompa-Pa wondering why his pillaging hasn’t yet been stopped, before meeting him first hand.

There’s not much to Goscinny’s plot as he trusts Uderzo to deliver the visual comedy of Ompa-Pa attempting to ride a horse for the first time, and then dealing with the pirates. His faith in Uderzo is justified as he has Ompa-Pa setting about the pirates energetically for several pages, then reprises for another round near the end. The jokes are largely set around the pirates being incompetent or stupid or unable to work together, so much like the Sockitoomee tribe as seen in earlier albums. Because Ompa-Pa is the only native American seen for much of the book, there’s less concern about the stereotypes in this story, Ompa-Pa’s courage actually providing a solution the more fearful British hadn’t managed.

The book ends with the ship about to dock in Britain, and Ompa-Pa continues his primary mission to round-up horses for the tribe in Ompa-Pa and the Secret Mission.