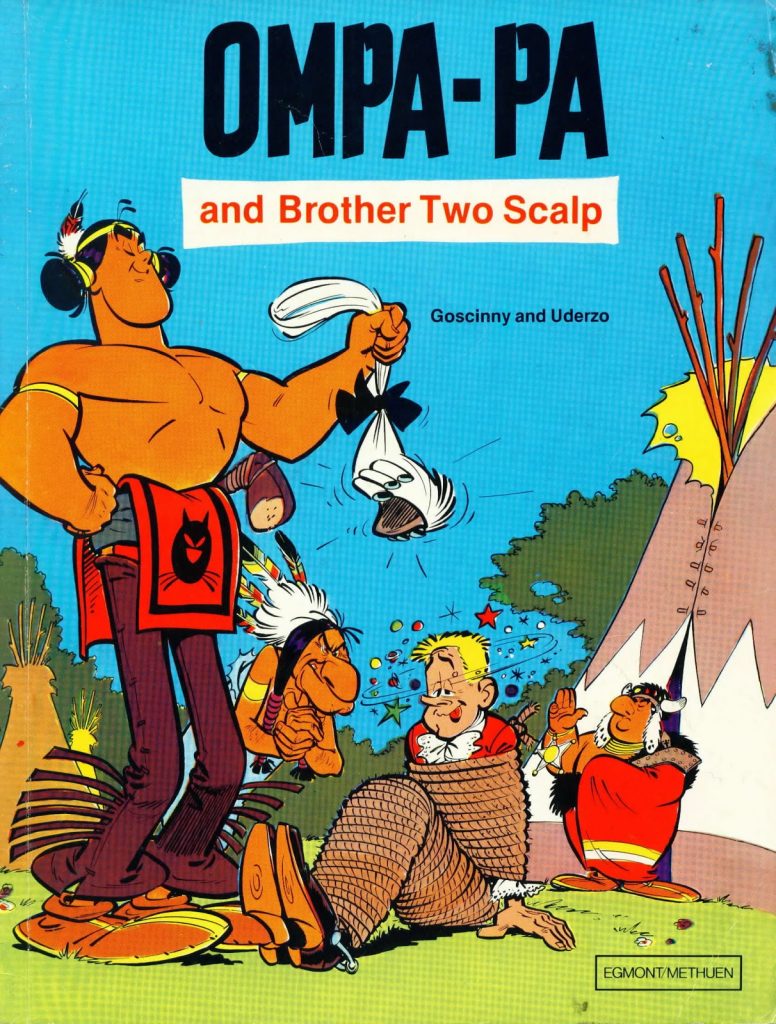 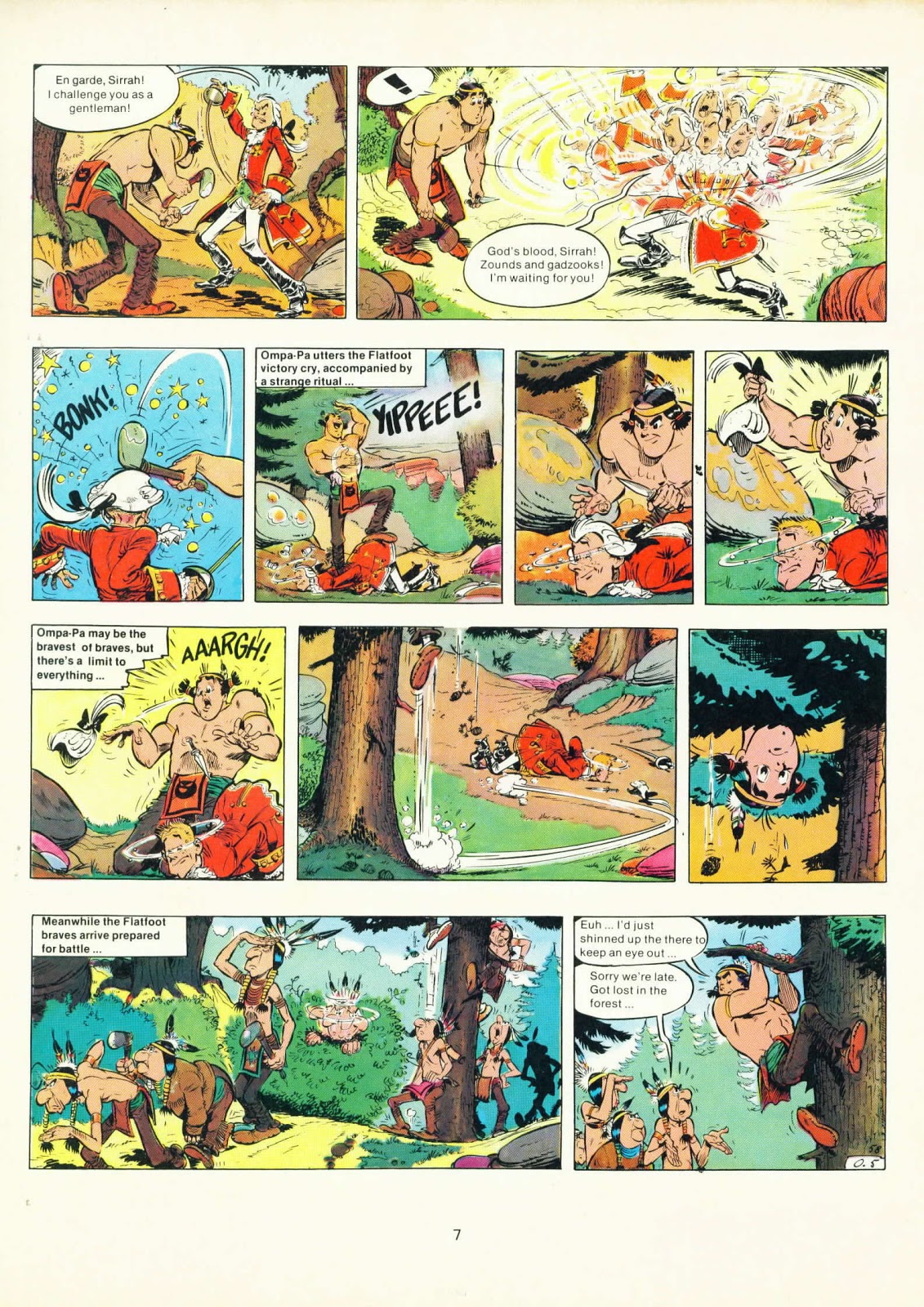 When René Goscinny and Albert Uderzo created Ompa-Pa (or Oumpah-Pah as he is in French) they weren’t yet the duo behind the world famous Asterix the Gaul, but a struggling young writer and artist. There was no initial interest in France, and it wasn’t until 1958 that their persistence paid off, and another three years afterwards their story was first collected as an album. Their concept is of its time, and would now be considered as insensitive to Native American culture as was almost all media of the 1950s. However, that’s not the entire story. As seen by the sample page, the title refers to the custom of scalping among Native Americans as a collection of a trophy from a defeated opponent. While it occurred, the habit was greatly increased by colonial occupiers offering a bounty for Native Americans run off land, and scalping was an easy method of proof. It’s also the case that for all the caricaturing of what were widely circulated as general Native American customs (many of which only applied to a single tribe), the huge Ompa-Pa is portrayed as a heroic figure, the protector of his people, and the British colonial invaders are equally caricatured. It’s doubtful that Ompa-Pa will again be translated into English, but in the wake of Asterix’s success, UK publishers Methuen issued all stories over five albums. This was in the 1970s, still not a decade of enlightenment.

British officer Hubert Brussel-Sprout would develop into a more understanding character, but here he’s an idiot captured by Ompa-Pa and the Flatfoot tribe, who are amazed that he comes with an easily removable scalp. The advice of Medicine Man Tooth-Ee-Peg is to kill the intruder, while the kindlier Ompa-Pa has the final say, but will have to pass a series of tests, which Tooth-Ee-Peg then does his level best to sabotage. While there’s not the sensitivity of Job and Derib’s Yakari when it comes to the old Native American way of life, there’s no malice to Goscinny and Uderzo’s caricatures. The language used by translator Nicholas Fry, is the language of countless American films and TV shows – “heap big”, “paleface” or “throw-um” -, ridicule, but unthinking, and Uderzo’s art is expansive and sympathetic. In fact it surpasses the earliest Asterix books, with a great attention to detail, and the joke of someone out of proportion to remainder of the cast better handled.

Once pointed out, it’s obvious that the story was originally serialised in half page segments, as each builds up to a punchline over six panels, but they’re decent slapstick and the relationship between Ompa-Pa and Brussel-Sprout eventually charms. This is shorter than the usual European album, clocking in at just thirty story pages. In France it was combined with Ompa-Pa Saves the Day as a single album.